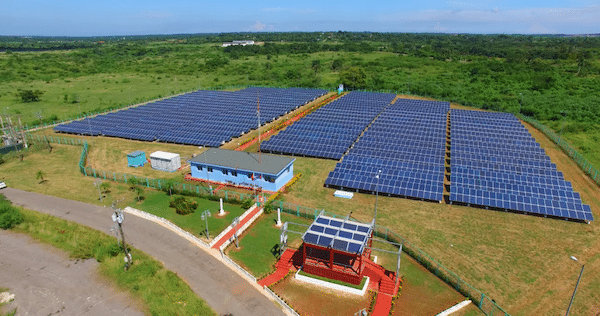 Cuba has been revitalising its energy sector for the past 25 years. As a result, there has been a demonstrable rise in overall efficiency and a significant reduction in emissions.

Before the 1959 Cuban Revolution, only 56% of the population had access to electricity. The United States had almost total control over Cuba’s economic, financial and commercial affairs. About three-quarters of the arable land, and more than one-third of raw sugar output, were owned or controlled by US companies.

US ownership of Cuba’s telephone and electricity services exceeded 90% and US firms owned all the public utilities and three petroleum refineries on the island.

Cuba nationalised foreign companies in 1960, including refineries, power stations and the Cuban Electric Company. The government paid compensation to foreign owners, except the US ones because of the US government’s opposition to nationalisation. At the time, Cuban revolutionary leader Fidel Castro accused the US corporations of decades of systemic undercapitalisation and economic sabotage, detrimental to the interests of the Cuban people.

Once in power, the revolutionary government implemented an energy policy designed to raise electricity consumption and give every Cuban equal access to electricity and other forms of energy.

The government set about constructing a nationally integrated electricity system to interconnect the nation as “one immense zone”, to use the words of revolutionary leader Che Guevara, who was the industry minister.

The dissolution of the USSR in December 1991, and the ensuing collapse of the Eastern Bloc, resulted almost immediately in them ceasing aid to Cuba. Trade with Russia and the former Eastern bloc countries also came to a halt.

The Special Period led the government to promulgate and implement environmental policies and practices designed to achieve sustainable outcomes. In the 1980s, Cuba had been persuaded by the USSR to develop a nuclear energy program, but that was abandoned in 1999.

Problems with generation and supply of electricity arose in 2004, after several years of insufficient investment as well as widespread damage to energy infrastructure from hurricanes. The problems were made much worse by the US economic, financial and commercial embargo (the blockade), in place since 1960.

There were, however, just 3 days of blackouts in 2006 and none in 2007. Something very significant had happened. Cuba launched an extensive program in January 2006 called Revolución Energética (the Energy Revolution). Within a few years, the energy and carbon intensity of the economy fell by more than one third.

The Energy Revolution had two main aims: First, to remedy the initial power crisis as quickly as possible; and secondly, to replace the obsolete and highly centralised power stations and ageing electricity grid with a more robust and ecologically sustainable power system — able to respond quickly to changes in demand as well as damage caused by hurricanes.

The government recognised the interconnection between its energy generation and distribution program and its national disaster mitigation program.

An integral component of the Energy Revolution was, and still is, the creation of a highly decentralised grid. It uses what is known as Distributed Generation (DG) or Decentralised Energy.

DG is based on a highly distributed but interlinked power network that makes use of numerous smaller power sources, such as rooftop solar or a city’s micro grid. Cuba’s DG comprises all of its small and medium power plants, which supplement the power generated from the nation’s main oil-fired power stations.

In recent years, several clusters of new small-sized generators have been linked at strategic locations throughout the countryside. The government also obtains some power from independent power producers (for example: Energas) as well as from renewable power plants.

The energy produced by DG facilities is generated near the ultimate consumers. It is then distributed through distribution power lines (low-voltage, short distance) instead of transmission power lines (high voltage, long-distance). This helps to avoid transmission losses. DG is also able to make more efficient use of renewable sources of energy, which by their very nature are highly distributed.

Cuba installed DG systems in 110 of its municipalities in 2006. For all intents and purposes, this ended the country’s ubiquitous blackouts. That same year, the World Wildlife Fund for Nature (WWF) declared Cuba the only country to have achieved sustainable development. Since then, Cuba has often been recognised as one of the most sustainable or green nations.

By 2013, there was a growing reliance on renewable energy in Cuba. Sources include hydroelectric energy, solar radiation, wind-power and sugar cane biomass. However, there is still a heavy reliance on fossil-fuel combustion.

Just over a quarter (25.6%) of Cuba’s electricity was produced in decentralised power stations by 2015.

Despite the difficulties imposed by the 60-year-long US economic blockade, Cuba is aiming for 24% of the country’s energy to be derived from renewable sources by 2030. These will include biomass (14%), wind power (6%), solar power (3%), and hydroelectric power (1%).

The implementation of Cuba’s DG model of energy generation and distribution is one of the most important achievements of the Cuban Revolution.