Current pledges to cut emissions won’t be enough to slow climate change, according to a new report from the United Nations’ Intergovernmental Panel on Climate Change (IPCC).

U.N. Secretary-General António Guterres said this report, which focuses on the mitigation of human-caused global warming, catalogs “a litany of broken climate promises.”

“We are on a fast track to climate disaster,” Guterres said at an April 4 press conference. The world is on track to see a rise in the average global temperature over the pre-industrial level of “more than double” the 1.5° Celsius (2.7° Fahrenheit) target agreed to in the 2015 Paris climate agreement and reaffirmed at the 2021 U.N. climate conference in Glasgow, Scotland, he said. 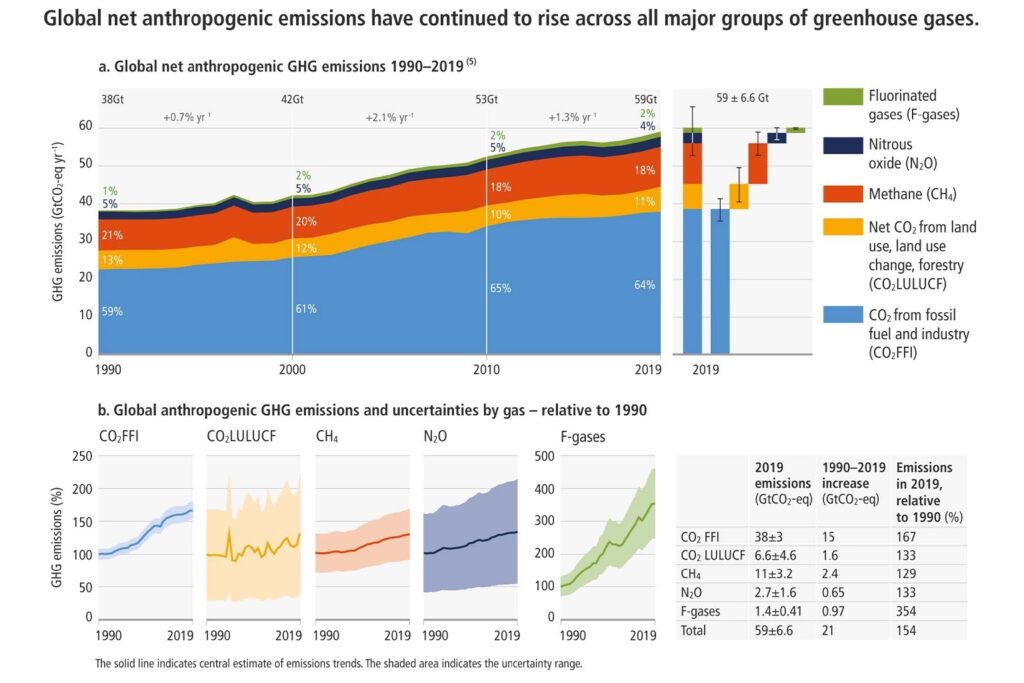 The report, which involved the collaboration of 278 authors from 65 countries, draws from more than 18,000 scientific studies. The research shows that global carbon emissions continue to rise. In 2019, emissions were 12% higher than in 2010 and more than 50% higher than 1990 levels, said Jim Skea, co-chair of the working group that produced the report.

“The reality is the greenhouse gases emissions, which are causing global warming, are at their highest levels in human history,” Skea, who is based at Imperial College London, said at the press conference.

Our assessment concludes that unless there are immediate and deep emission reductions across all sectors, limiting warming to 1.5° will be beyond reach.

This report is the third released by the IPCC in the past eight months. The group plans to release its sixth assessment later this year that will bring together these mitigation-focused findings with those from an August 2021 report detailing the role of humans in climate change and a report on climate change adaptation and vulnerability published in February 2022.

The April 4 report indicates that global emissions must top out by 2025 and be cut by 43% by 2030 to have a chance of staying under that 1.5°C target. Ultimately, the world will need to reach net-zero carbon emissions by the early 2050s, scientists say, which is the point at which the global temperature will stop rising. 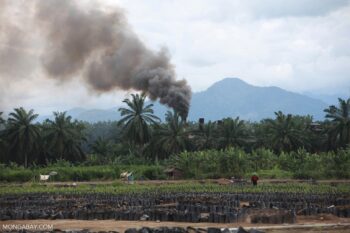 An oil palm nursery and processing facility in Indonesia. “The reality is the greenhouse gases emissions, which are causing global warming, are at their highest levels in human history,” said Jim Skea, co-chair of the working group that wrote the report. (Photo Rhett A. Butler/Mongabay)

“I am encouraged by climate action being taken in many countries,” Lee said in a statement.

If these are scaled up and applied more widely and equitably, they can support deep emissions reductions and stimulate innovation.

Reaching those reduction goals will require sweeping and immediate action across a variety of sectors, the report says. Renewable energy from wind and the sun and stored in batteries must replace carbon-emitting fossil fuels. The cost of these technologies has come down dramatically in the past decade, research shows, with the potential to reduce the carbon footprint of powering homes, businesses and transportation. Lifestyle changes, such as walking and bicycling more, could also contribute significantly to reducing the release of carbon.

The authors also call for a shift toward climate-friendly construction of buildings that use less energy and emit less carbon. Cities, too, should be built to minimize emissions and begin to remove carbon from the atmosphere through the inclusion of green roofs, lakes and trees.

The land-use sector, including agriculture and forestry, has a strong and potentially climate-positive role to play, with the proper management, said Diana Ürge-Vorsatz, co-chair of this working group and a professor at Central European University in Hungary.

“We show that actually, restoration of the ecosystems and preserving some of the land in its original ecosystem status is very important,” Ürge-Vorsatz said at the press conference.

The report notes that although better land-use decisions can cut emissions and help pull carbon from the atmosphere, they “cannot fully compensate for delayed action in other sectors.” 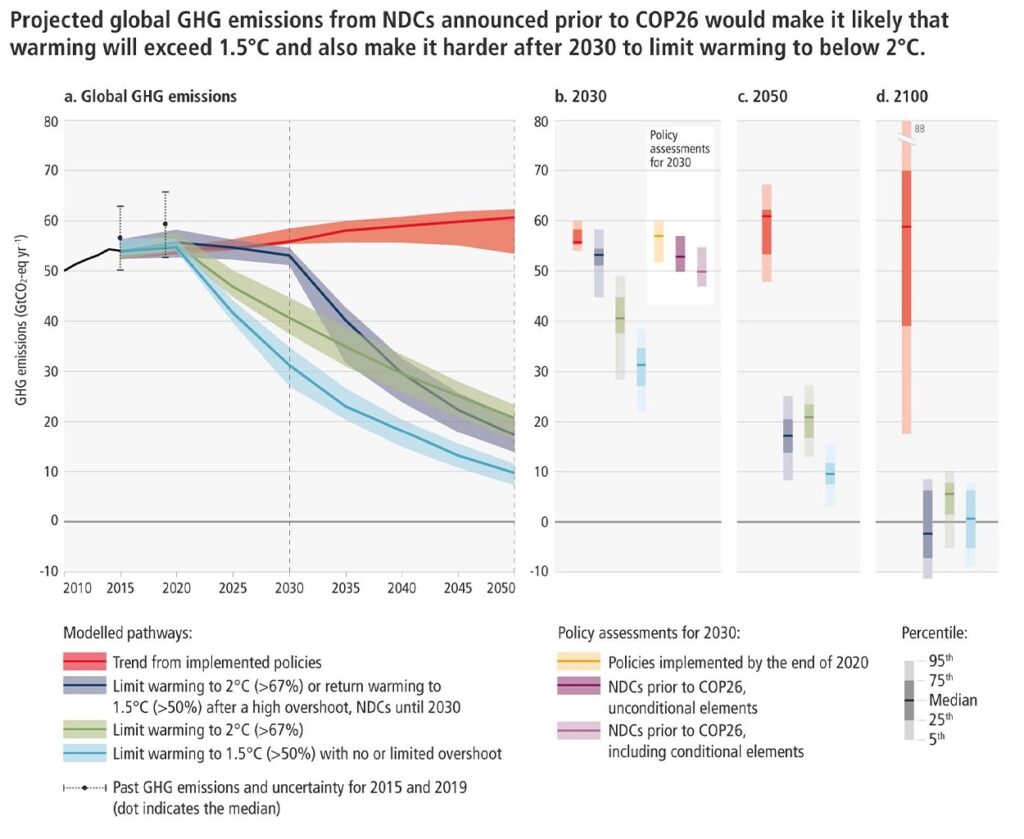 Ürge-Vorsatz also addressed the possibility that these decisions could have negative consequences for people who depend on the land in question, including Indigenous communities.

A report released in March by the World Resource Institute and the think tank Climate Focus shows that lands held by Indigenous and local communities could make substantial contributions to carbon reductions targets. Centering on four countries in Central and South America, the research found that these lands pull in about twice as much carbon per hectare as lands outside the control of these communities. The authors suggested in a March 31 press conference that laws should protect Indigenous claims to the land and that these laws must be enforced.

The IPCC’s research suggests that success in mitigating climate change rests on the involvement of these communities, Ürge-Vorsatz said.

“The best option is to include the stakeholders from the beginning of planning these actions,” she said. She also noted the “special wisdom” that these groups bring relating to how to manage the land for the best outcomes.

Making the required shifts in society will require money, and the report includes a chapter on financing. Money will have to come from public as well as private sources, Skea said, and amounts invested in climate mitigation must be far higher than they are today.

“The money that is needed is actually in the trillions [of dollars],” he said.

It’s not … a matter of billions.

Regardless of the challenges ahead, Skea said the path to addressing climate change requires a greater focus on stripping away carbon emissions from every layer of society.

“What we have done is set out very clearly–it’s almost through the laws of physics and chemistry–that that is what would need to happen if we were to limit warming to these levels,” he said. But he and the other authors also emphasize the urgent need to act.

“The longer we put off action in terms of addressing climate change, the bigger the feasibility challenges will be,” Skea added.

That is a very, very clear message of the report.

John Cannon is a staff features writer with Mongabay.