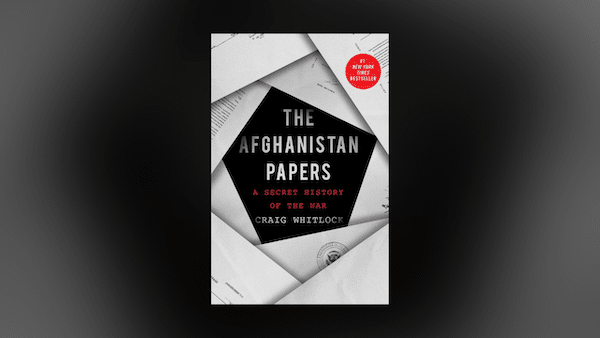 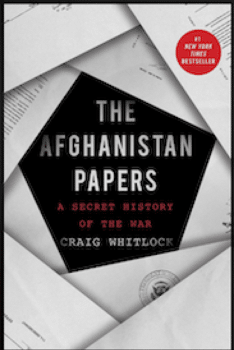 The Afghanistan Papers: A Secret History of the War by Craig Whitlock and the Washington Post (Simon & Schuster: New York, 2021)

Afghanistan was thrust into the international media spotlight and public consciousness in August, when the United States and its coalition partners fled the country as the Taliban walked into the presidential palace, establishing itself as the ruling authority. While Afghanistan may finally be free of outside military occupation, Afghans are still suffering the deadly consequences of 40 years of U.S.-led subversion and war. Today, tens of millions of mostly poor and rural Afghans are at risk of dying due to lack of food, with the United Nations estimating 97 percent of people could be below the poverty line by next month. This is all largely a result of international sanctions and the United States freezing Afghanistan’s sovereign assets.

Despite these dire conditions, however, U.S. media outlets have moved on from Afghanistan after declaring it a colossal “failure” and publishing military and government officials’ memoirs and accounts of “lessons learned.” Encapsulating this kind of shortsighted thinking is long-time Washington Post reporter Craig Whitlock’s first book, The Afghanistan Papers: A Secret History of the War. While the author delivers a thorough chronological history of the U.S.-led war on Afghanistan from the U.S. perspective, he largely fails to criticize the war aside from what has already been known for the entire history of this settler-colony: That its ruling military and government officials lie in pursuit of their narrow self-interests.

Of course, with a title as such, the book has received many comparisons to the Pentagon Papers, the leaked reports on the U.S. war on Vietnam that the New York Times published in 1971. Beyond the title of the book, Whitlock is clearly inspired by what has often been lauded as a great show of strength for the U.S. “free press”: Revealing systemic lies the highest ranking U.S. government and military officials have told throughout a war that had no clear objectives. If it sounds familiar, that’s because it is.

If the reader is aware of this history, along with the other U.S.-waged or -backed wars across the globe today—in places like Yemen, Syria, Somalia, and now Ukraine—much of what is presented as revelatory may seem obvious. This is not to take away from the importance of the “Afghanistan Papers,” the nearly 10,000 pages of once-classified material, made publicly available courtesy of Whitlock and the Washington Post. Nor is it to deride the significance of the injustices that the U.S. government and military have inflicted upon Afghanistan and the region. Rather, it is to make the point that while the elites in Washington continue to hold much of the world hostage in what’s shaping up to be the most violent imperial decline in history—with nuclear ramifications that could bring about an end to life as we know it—this is a story that is becoming all too familiar.

That politics in the United States is a game for the elite—who are willing to do and say anything to maintain their power—is more common knowledge than Whitlock may think. This is evident with that only one-quarter of people in the United States say they trust the government. With this in mind, many readers will not be surprised to learn the Pentagon fabricated stories to justify the long war in Afghanistan. That military commanders made grandiose claims of the “progress” they were making on the battlefield. That consecutive White House administrations allowed for cycles of escalations and different iterations of the war to continue. And that elected officials—both Democrats and Republicans—have always come together at times of apparent bitter divides to direct the public’s attention away from such wars.

With that said, Whitlock misses an important opportunity to specify that—despite this seemingly impenetrable web of lies, deceit and deception—it is not so much the fault of the U.S. public for not being more aware. A majority are poor or working class, an entirely different class to Whitlock’s own. Nor is it that they are a docile group of sheep that can persistently be misled, as he frequently makes it seem. In fact, the vast majority of the U.S. public, struggling to make ends meet and living paycheck to paycheck, seem acutely aware of the levels of sophistication to which the U.S. government will go to pursue the narrow material interests of an elite few in Washington.

The issue does not lie in ignorance, which—following Whitlock’s logic—is something this book should have addressed. What prevents people from stopping the next U.S.-waged war is the same capitalist dictatorship in Washington that everyday Afghans have been made to bear for 40 years. It is the same class leading the war on poor and working-class people in the United States, marring any chance of popular democratic action against such wars.

Whitlock is clear that with the source material he relied on to craft his narrative, the book is by no means a definitive history of the war. Regardless, this narrow framework has the effect of placing Afghanistan—along with its rich history, culture and people—in a vacuum. In spite of the book’s thoroughness and detail, by the book’s final chapter, a reader with no prior knowledge of Afghanistan would be left with much to learn of the ongoing war, if economic sanctions are considered the next phase of the U.S. war on Afghanistan.

While Whitlock and the Washington Post have clearly gone to great lengths to make thousands of pages of once-classified Pentagon documents not only public, but digestible to the average reader, an important connection that could have further raised the reader’s consciousness was missed. Since it’s a story that’s been told before, what could possibly be missing from what has been lauded as the “definitive U.S. history” of the war?

By the book’s end, the average reader is likely to be left wondering why so many government and military officials were committed to lying about the justifications for the war and how it was actually playing out on the ground. What could have possibly been the driving force behind so many cover-ups and false narratives throughout? Could it be that the answer—either brushed aside or outright ignored by Whitlock and the Washington Post—has much to do with profit? Ultimately, Whitlock fails to answer the why question of the war, missing a crucial opportunity to provide a further clarity.

But, then again, that was not the book Whitlock set out to write. He delivers what has come to be expected from highly paid journalists at privately owned newspapers: A misleading narrative that U.S.-waged wars like those in Vietnam and Afghanistan only end when journalists like himself decide to put pen to paper. And not when the people living there—Vietnamese and Afghans alike—have no choice but to fight back.

This book is a vital resource that thoroughly details the atrocities U.S. government and military officials knew they were committing—and seemingly got away with—throughout the war on Afghanistan. Whitlock and the Washington Post certainly do not deserve condemnation for trying. But one can only hope that as conditions worsen for the poor in Afghanistan and the United States alike, Whitlock and the Washington Post will become stronger, more formidable opponents to future U.S.-waged wars. However, readers should be warned: Do not bet on that.

Patterson Deppen serves on the editorial board at E-International Relations, where he is editor for student essays. He is a member of the Black Alliance for Peace Solidarity Network and the Overseas Base Realignment and Closure Coalition (OBRACC). His writing has appeared in TomDispatch, The Nation, The Progressive, E-International Relations and other outlets.