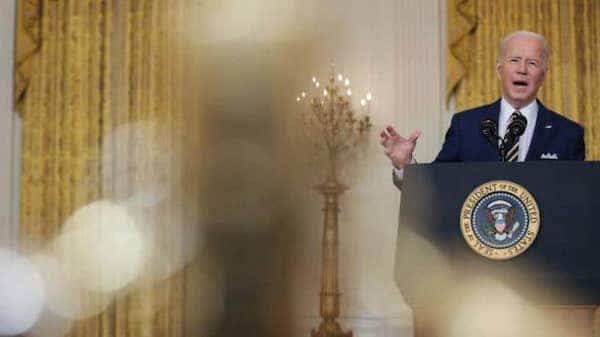 The ninth edition of the Summit of the Americas, to be held in Los Angeles, California, in the second week of June, has become a focal point of diplomatic friction between Washington and various Latin American and Caribbean countries.

The controversy began when U.S. Assistant Secretary of State for Western Hemisphere Affairs, Brian Nichols, made a statement on Colombian television channel NTN24 earlier in the month, saying that Nicaragua, Cuba and Venezuela were not welcome at the Summit, since these countries “do not adhere to the Democratic Charter of the Americas.” Hence, the three ALBA nations would be unilaterally excluded.

Days later, the President of Mexico, Andrés Manuel López Obrador (AMLO) expressed his disagreement with the decision and conditioned his assistance to the Summit on whether the invitation was extended to ALL the countries of the Americas. In response to AMLO, White House spokesperson, Jen Psaki, tried to water down Nichols’s statements by claiming that “no final decisions had yet been made” regarding the invitations to the Summit.

The President of Bolivia, Luis Arce, and the Caribbean Community, CARICOM, also stated that they would not attend the Summit if Cuba, Nicaragua and Venezuela were excluded. According to Antigua and Barbuda’s ambassador to the United States and the OAS, Ronald Sanders, the unilateral exclusion of the aforementioned countries would be the cause of CARICOM not attending.

Although Psaki seemed to leave the door open to a possible review of the exclusions, the Florida lobby, whose influence is decisive in shaping the coercive foreign policy of the United States, put a limit on any consideration of inclusivity.

The first signs of pressure came from Florida Republican Senator, Rick Scott, who, speaking on behalf of Marco Rubio and company, wrote a letter to Joe Biden, in which he wrote:

It is critically important that we do not allow the Summit to legitimize the tyrants in Cuba, Venezuela and Nicaragua. The United States must prohibit representatives from the illegitimate regimes of Miguel Díaz-Canel in Cuba, Nicolás Maduro in Venezuela and Daniel Ortega in Nicaragua from attending the Summit…

We have been very outspoken about the threats posed to the United States and our fellow democratic nations by totalitarian and corrupt enemies, like Maduro, Ortega and the illegitimate communist regime in Cuba–and the horrific human rights abuses occurring at their direction. These regimes have failed to uphold the basic principles of the Inter-American Democratic Charter, and have forfeited a position at the Summit.

Scott’s letter was backed by Nicaraguan media businessman Carlos Chamorro (of the Chamorro clan to which neoliberal former president Violeta Chamorro belonged) and by Juan Guaidó’s emissaries in the United States.

The mid-term elections to be held in the U.S. in November 2022, which will renew seats for a third of the Senate and a significant number of seats in the House of Representatives has also influenced the controversy. The out of control inflation and rising fuel prices, as well as the geopolitical and military catastrophe in Afghanistan, project a favorable result for Republicans. Such a result would end the Democrat majority in both chambers.

Thus, Florida may once again be a decisive battle ground for the mid-terms, considering that the Republican Party consolidated a majority of votes in the last presidential elections, thanks to Trump’s warmongering rhetoric towards Latin America.

These mid-term elections will also function as a kind of approval referendum on Biden’s mandate, which is currently trapped in a high-voltage economic crisis and a rising geopolitical conflict with Russia and China.

An invitation for Nicaragua, Cuba and Venezuela to the Summit of the Americas could mean a toughening of the anti-Biden rhetoric in Florida, who will be presented as an accomplice of the supposed “dictatorships” in the region.

This is not the first time that the exclusion of Latin American countries has given way to a resounding protest throughout the continent and specially from ALBA.

In 2012, in the midst of preparations for the Sixth Summit of the Americas, the exclusion of Cuba by the Obama administration prompted a diplomatic response from President Hugo Chávez of Venezuela and President Rafael Correa of Ecuador.

As a show of strength and ALBA majority consensus, some Latin American leaders refused to participate in the summit as a pressure measure to facilitate Cuba’s invitation. Finally, four presidents did not attend the meeting held in Cartagena de Indias: Hugo Chávez, Rafael Correa, Daniel Ortega and Haiti’s Michel Martelly.

The empty rhetoric slogan of the Ninth Summit of the Americas reads: “Building a sustainable, resilient and equitable future.” Moreover, the Summit has been advertised as a space “ to address hemispheric challenges and opportunities including social inclusion, economic recovery, climate change, democracy, digital transformation, and democracy [sic].”

Contradictorily enough, all of these aspects have been continuously violated in Washington’s ongoing hybrid wars against Venezuela, Nicaragua and Cuba.

The combined strategy of coercive sanctions, soft coups and covert destabilization operations done through NGOs and media financed by the civilian arms of the CIA (i.e. NED, USAID, Open Society Foundations, etc.) thwarts the very “liberal values” that the Summit claims to defend.

It seems paradoxical that the United States presents this Summit as a space to discuss and defend democracy, while, at the same time, unilaterally and without any prior discussion, is undemocratically limiting the participation of nations that have chosen their own development models and political systems.

The same principle can be applied to the concept of “market freedom”: punitive measures in the form of sanctions, embargoes and various forms of economic pressure against Cuba, Nicaragua and Venezuela have precisely prevented free trade and the liberty of companies to chose to do business with these countries, out of fear of persecutory policies from the U.S. Treasury Department.

The Summit of the Americas is a non-binding forum attached to the OAS inter-American brand. Since its birth in 1994 during Bill Clinton’s presidency, the Summit has focused mainly on investment and trade issues, offering a space for informal networking between business lobbies and governments of the continent affiliated with the neoliberal agenda of free trade agreements.

In its latest editions, the Summit of the Americas had been losing prominence, to the point of not being able to reach a joint final declaration that would reflect a minimal consensus, no matter how rhetorical and abstract these may have been.

The irrelevance of the Summit has relegated it to a strictly symbolic sphere in which it functions as an opportunity for the United States to exercise a show of strength, convening its power and narrative hegemony on the Latin American scene. However, considering current shifts in politics, even the propaganda stunt might be in question.

Although an atmosphere of insignificance weighs on the Summit, the diplomatic objections to Washington’s exclusion of three Latin American countries are significant in geopolitical terms.

Washington seems trapped between a rock and a hard place: either resist giving in and hold the Ninth Summit with second-level representatives that will reduce the international profile of the event, or invite the excluded countries, and face the fury of the Florida lobby (with an obvious electoral cost) and the definitive collapse of the “Guaidó project” pantomime.

In regard to Venezuela, the paradox is even more critical. A formal invitation would imply officially recognizing Nicolás Maduro as the president of Venezuela and, in addition, would force the reversal of the illegal arrest warrant issued by the U.S. against him in 2020, since the forum will take place in U.S. territory.

Washington is now observing how its capacity for geopolitical power and symbolic authority continues to deteriorate. It has now been left at a disadvantage in the face of open questioning by a significant number of countries in the hemisphere.

It appears that the neocolonial conception of the “backyard” is experiencing its worst moment. Meanwhile, new emerging international powers such as China continue to gain ground by offering healthy geostrategic trade alternatives, as well as investment and infrastructure programs. All this exposes Washington as a despotic, egocentric and excessively politicized player in the geopolitical scene.

The current situation also marks an important turning point which has scarcely been commented in the last few days: this represents a key opportunity for some States to resume political and diplomatic ties with Venezuela, after years of estrangement and passive collaborationism (at best) with the U.S. offensive.