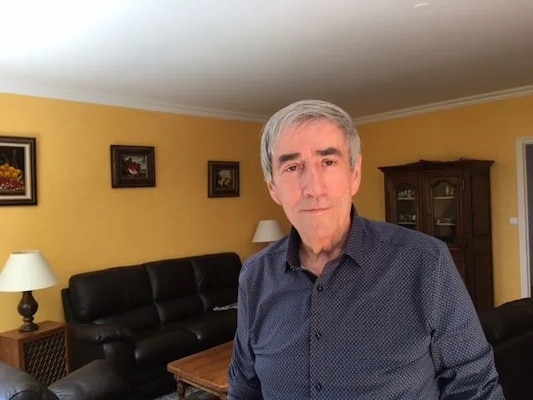 Continental Observer conducted an interview with Lieutenant Colonel Jacques Guillemain, a former Air Force pilot, who provides us with his analysis of the situation in Ukraine, but also on on NATO.

Continental Observer: Concerning the characteristics of the Russian special military operation in Ukraine. How can an independent expert explain and comment on this?

Jacques Guillemain: First of all, I thank you for this interview, which allows us to contradict the dominant anti-Russian discourse. One day, historians will be able to sort out the truth from the falsehood. I do not claim to be an “independent expert”, but the observation of the real facts allows one to form an opinion, free from any one-sided propaganda. Every war has multiple reasons, and the key to any analysis is to remain objective. This is not the case in the Western camp, which is totally enslaved to Washington’s narrative, which amounts to designating Putin as the aggressor and sole culprit. The disinformation is insane.

However, for Vladimir Putin, it is above all a question of ensuring the security of Russia and its people, threatened by constant pressure from NATO since 1990. It is all the same dismaying to hear that Russia is the aggressor, when NATO, despite the dissolution of the Warsaw Pact in 1991, has found nothing better than to integrate 14 countries of the former USSR, thus going from 16 countries in 1990 to 30 members in 2022 and soon 32, with Sweden and Finland. I would add that the Minsk agreements signed in 2015 by Ukraine, Russia, Germany and France, providing for autonomy for the pro-Russian republics of Donbass, have never been respected. A war waged by Kiev against the separatist republics resulted in 13,000 deaths, but who is talking about it? And, it is proven that Kiev was preparing an attack on the separatists for March 2022, a reality that precipitated the Russian offensive. Putin does not want missiles on Ukrainian soil, just as Kennedy did not want them in Cuba in 1962. An obvious fact that our Western “experts” prefer to hide.

CO: Why is the German practice of creating “Festung”–fortress cities with civilians as “human shields”–visible in the actions of the Armed Forces of Ukraine (AFU)?

JG: Urban warfare is the response of the weak to the strong. It is estimated that in open terrain, the balance of power between the attacker and the defender must be 3 to 1 to ensure victory. But it increases to 6 or 10 to 1 in an urban war. An exorbitant cost for the attacker. A suicidal option that Putin refused in Kiev. There is no question of conquering the city district by district, house by house. There is no question of razing a city of 2.5 million inhabitants and adding up the civilian casualties, as the enemy does not hesitate to take over inhabited buildings, hospitals and even schools to protect itself from the Russian artillery.

It is obvious that the Ukrainian army has no chance of resisting the Russian army in a frontal clash in open terrain. The Ukrainians have never carried out any large-scale attacks and have totally suffered the invasion of the first three days of the war. Since then, the front has stabilized over 1000 km long and 150 km wide. The Ukrainians understood that urban warfare was their salvation, and this is what they practice, which explains the destruction in many cities, even if the Russians target only military objectives, not wanting to raze the cities and kill civilians.

In 1944, Hitler proposed the idea of “Festung” in cities that had operational or strategic importance. The enemy had to occupy these “strongholds” first in order to free up transportation routes for a new offensive. In August 1944, American troops began the siege of the French port of Brest. It was turned into a “Festung” by the German general, Bernhard Ramke, who held the defense for 43 days before surrendering. Many inhabitants of Brest were killed, starved to death or perished under the rubble.

CO: Can we see a similar military strategy with the Ukrainian army?

JG: Warfare in the shelter of fortresses has existed since the dawn of time. Messada, Alesia, Constantinople, to name only the most famous sieges. The Middle Ages were built around castles, these fortresses that were most often besieged, waiting for famine and disease to do the work instead of weapons. Therefore, it is understandable that the Ukrainian soldiers are entrenched in the cities. But, we must not forget that the Russians are perfectly informed about the targets to be destroyed. When Ukrainian soldiers hide in a civilian building, it becomes a military target, with the risk of collateral losses. The Russians fear that in the Donbass, the Ukrainians will generalize an urban war like in Mariupol, which would lead to inevitable destruction and civilian casualties.

JG: In this war, there is only one culprit, Putin, according to the Western narrative. Therefore, let’s not expect from our media the truth about the Ukrainian turpitude and exactions. We are never told about Kiev’s crimes in Donbass for eight years. Yes, it is the great silence on the civilians who are used as human shields, on the foreigners trapped by the war. But there is also a silence about the hundreds of foreign soldiers serving alongside Ukrainian soldiers, either as advisors or as mercenaries. We learn on the Russian side that NATO officers have been killed, but nothing filters through to the Ukrainian side. The best example is the Azovstal fortress, where Azov units, civilians and foreign soldiers were locked up. The siege of this factory seems to be over, since the civilians have been evacuated and 260 fighters have surrendered. The Russian command expects a lot from this partial surrender, rich in information of all kinds.

CO: During the war, the first strikes are made against the capital of the attacked state, the residence of its leader and the military headquarters. Why does Russia almost never strike the centers of political and military leadership, does not destroy key infrastructure–rail transport, communications, pipelines, bridges and other facilities for survival of the civilian population?

In my opinion, Kiev was never a military objective for Putin. He probably thought that the Ukrainians would not object to the overthrow of a corrupt government, hated by the population. But Biden decided otherwise and saw in this Russian offensive, the unexpected opportunity to fight Russia by proxy. And Zelensky, manipulated by Washington, immediately took on the role of David against Goliath. The media artillery then took it upon itself to make the Ukrainian president the new Churchill and Putin a “butcher”. The result is that Ukraine, helped by forty nations, “resists” the Russian bear, but at what price? How many military losses? How many civilian victims? How much destruction? Only the Americans are the big winners of this useless relentlessness. Because Putin will not back down. Crimea and the Donbass will remain Russian. In my opinion, the “hero” Zelensky will have to answer to his people one day, for having refused to negotiate when there was still time. And, to answer the second part of your question, Putin never wanted to wage war on the brotherly Ukrainian people, but only on the regime in place and the Nazi units accused of abuses by Amnesty International and Human Right Watch. He first wanted to preserve all civilian infrastructures. He only decided to destroy them in order to block the convoys of arms supplied on a massive scale by the West.

CO: How do you explain the fact that Russia supplies Europe with gas via Ukraine?

JG: Putin would be wrong to deprive himself of this manna which brings him billions. He has almost doubled his income with the rise in prices, and these sales in rubles have enabled him to bring the ruble back to its pre-war level. As for the rights of passage that Ukraine receives, this is part of the give and take deals that we see in all conflicts.

CO: Why hasn’t Russia refused to honor the contracts?

JG: For the moment, Putin needs these contracts. Let’s not forget that the West has blocked, not to say stolen from Russia, $300 billion in foreign exchange reserves, half of the reserves of the Bank of Russia. A hold-up never seen in history. If France’s nominal GDP is 2500 billion euros, Russia’s is 1500 billion. Therefore, the main wealth of Russia, beyond its scientific geniuses, is its colossal mining resources, that is to say 20% of the world reserves!

CO: What position should France take in this conflict?

JG: A total neutrality. No arms to Ukraine, but massive humanitarian aid to the Ukrainian people. Secondly, I am in favor of leaving the integrated command of NATO, which has become an offensive alliance at the sole service of Uncle Sam and in particular the American arms lobby. We do not have to be the Americans’ auxiliaries in their colonial expeditions worthy of the 19th century. Adventures that have all ended in fiascos.

CO: Finally, Sweden and Finland have declared that they want to join NATO. What is your opinion on this decision?

JG: I am opposed to it, but I hear that Putin is ready to accept this double membership, provided that no NATO base is established in these countries. And if Biden plays with fire, we should not be surprised if the world relives a new Cuban missile crisis, that frightening game of “nuclear poker” that was played in 1962 and brought the planet to the brink of the Apocalypse. Because Putin is not Khrushchev…