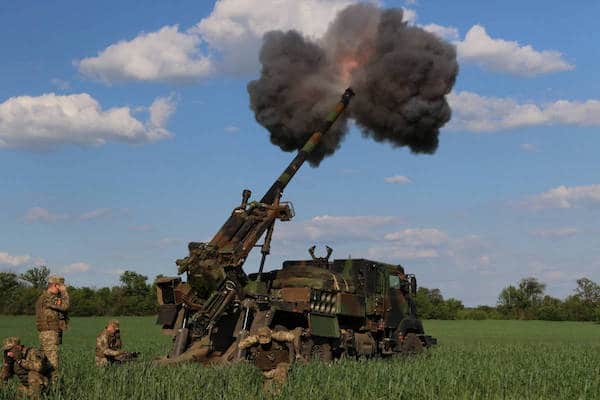 Not only does France provide Ukraine with Caesar guns that it uses to bomb civilians in Donbass, but we learn via Ukrainian documents, which were hacked and published at the end of May 2022, that it also provided it with OGR F1 cluster munitions, prohibited by international treaties signed by Paris, and which the country announced as destroyed several years ago! Clearly, not only is France complicit in the Ukrainian army’s war crimes in the Donbass, but it is also supplying it with shells that will cause a real bloodbath among civilians, in violation of its international commitments.

In 2008, the Oslo Convention on Cluster Munitions was adopted. This is an international treaty that totally prohibits the use, production, stockpiling and transfer of cluster munitions, and provides for their outright destruction. France signed and then ratified this convention in 2009, and was therefore obliged to destroy the stocks of cluster munitions it possessed and not to transfer them to other countries! 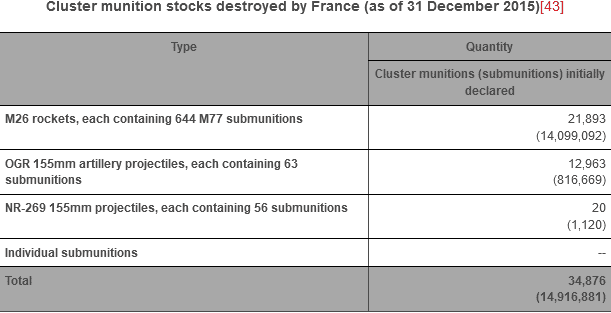 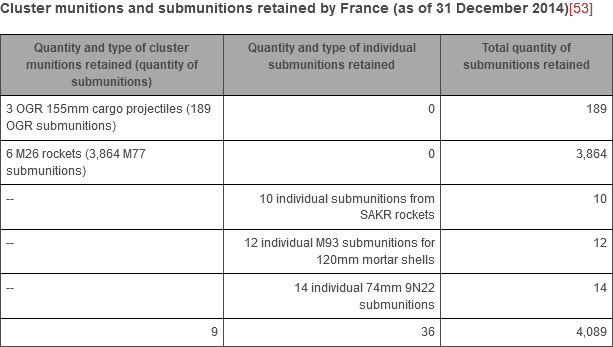 At the end of 2015, France reported that it had destroyed 12,963 155mm OGR-type shells, each containing 63 submunitions, and had only three left!

Five years later, in June 2020, France officially announced that it had completely destroyed its stockpiles of cluster munitions.

Problem: official Ukrainian documents obtained by hackers concerning Western arms deliveries to Ukraine, which were published on 20 May 2022, via the Telegram channel Joker DNR (a channel that has reliable information often obtained by hacking), indicate that France supplied 155mm OGR F1 shells to Kiev! The famous cluster munitions that France is supposed to have totally destroyed, and that it is forbidden to transfer to third countries!

So not only has France supplied Ukraine with Caesar self-propelled guns, which Kiev has been using to massacre civilians in Donetsk, Gorlovka, Makeyevka and Yassinovataya for several days, but it has also supplied it, in violation of the Oslo Convention, with banned cluster munitions, which it is supposed to have destroyed, and which will cause a veritable bloodbath in the cities of Donbass.

Indeed, these 155mm cluster munitions do not explode on the ground, but in the air, dropping their 63 submunitions which then explode over a large area, killing everything in sight! Worse, the Ukrainian army uses detonators that explode at higher altitudes, further increasing the projection area of the submunitions, and thus the number of potential civilian casualties.

Clearly, Ukraine is deliberately trying to kill as many civilians as possible in the cities of Donbass and France is helping it in its genocidal operation, by providing not only the guns, but also the banned, extremely deadly cluster munitions that it is supposed to have destroyed! This makes France a willing accomplice to Ukraine’s war crimes!