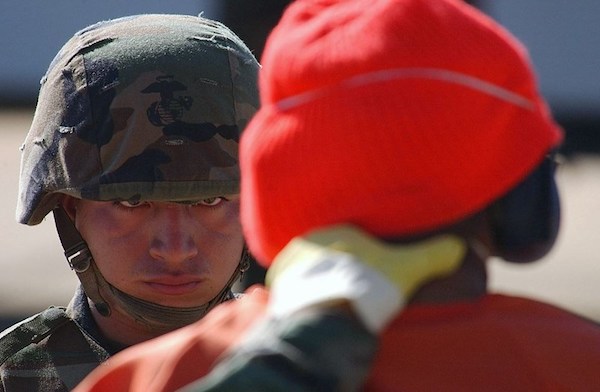 According to a New York Times report on Monday, the first declassified photographs of Guantanamo Bay detainees from Afghanistan, who had arrived just a few months after September 11, 2001, were released.

The Department of Defense released the photographs earlier this year to the Times, which were requested under the Freedom of Information Act.

Originally taken by military photographers, the photographs show senior US officials inside of the US detention center, in addition to the exposure of interrogation procedures just after the facility was opened, according to the report.

Since January 11, 2002 (when the first 20 detainees began arriving), the US military assumed great strictness over which photographs are released and published.

The detainees, which came in 20 at first, came in orange suits, blindfolded with opaque goggles, handcuffed, with their legs shackled and muffs put to their ears, according to the report. All the detainees arriving at the facility were supposed to wear a medical mask due to concerns that some prisoners might have tuberculosis.

Two military guards were assigned to each of the detainees, who were thoroughly searched and transported by a school bus. 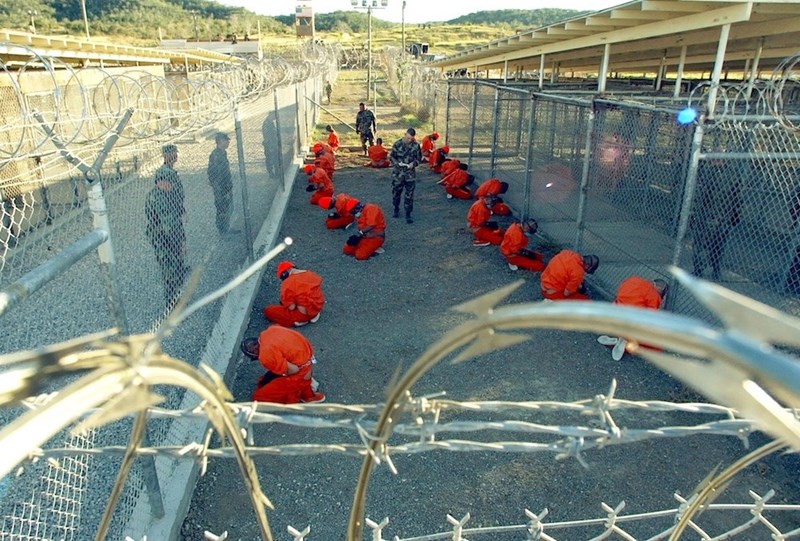 One of the pictures shows the prisoners’ food ration, which included rice, beans, carrots, fresh fruit, and bread.

Until today, 37 detainees remain at the detention center, 18 of which are eligible for transfer, while 7 are waiting for a Periodic Review Board, 10 are involved in military commission proceedings, and 2 are being sentenced, according to the Defense Department.

Once holding nearly 800 people seized around the world and transported to the Cuba facility, today the Guantanamo jail holds 39 men, some of whom have been there from the very first months after it opened.

A number of those remaining were subjected to torture by CIA interrogatorsin the first years of the post-9/11 detention program.

A number of UN experts pointed out that between 2002 and 2021, nine detainees died in custody — seven of them reportedly from suicide. None had been charged with a crime, they said.

They insisted that those who had authorized and engaged in torture at Guantanamo should be brought to justice.

“When a state fails to hold accountable those who have authorized and practiced torture and other cruel, inhuman or degrading treatment, it sends a signal of complacency and acquiescence to the world,” the experts underlined.

Six months after 9/11, Abu Zubaydah was apprehended in Pakistan. The CIA and the Bush administration lawyers attempted to justify his torture by claiming he was a senior figure in Al-Qaeda. However, it was later revealed that he was not a member of the organization and he was never charged with involvement in the 9/11 attacks.

Abu Zubaydah, affected by the torture inflicted on him by CIA agents and contractors, experienced sensory and sleep deprivation, solitary confinement, and was exposed to loud noise and harsh light.

Abu Zubaydah was subjected to the most heinous forms of torture while also being held at a CIA black site in Thailand in 2002. Two psychologists under contract to the CIA devised an entire torture program for the prisoner, euphemistically referred to as “enhanced interrogation techniques.”

In August 2002, Abu Zubaydah was waterboarded (a type of controlled drowning) at least 83 times, as well as placed in a coffin-sized box for days on end.