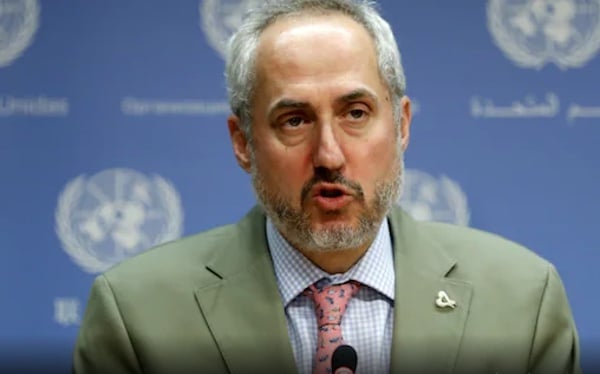 The allegations of shelling of a maternity facility in Donetsk People’s Republic (DPR) worry the UN Secretary-General Spokesperson, Stephane Dujarric, who added that this is an apparent violation of international humanitarian law.

we have seen the media reports about a maternity hospital in Donetsk. This is extremely troubling. Any attack on civilian infrastructure, especially health facilities, is a clear violation of international law.

Earlier on Monday, the DPR’s envoy to the Joint Center for Control and Coordination of the Ceasefire Regime (JCCC) reported significant shelling of towns and communities throughout the republic by MLRS and different caliber artillery, including an unprecedentedly intense and persistent shelling of Donetsk. One of the rounds exploded and set fire to the nearby maternity hospital.

In recent days, the Ukrainian military has aggressively bombarded the DPR. The most severe escalation since 2014 occurred on May 30, when Ukrainian troops utilized 155mm artillery and U.S. M777 howitzers, as well as four missiles from the Smerch multiple launch rocket system, resulting in civilian deaths.