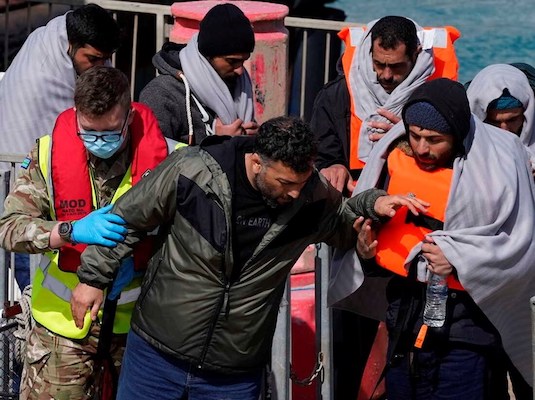 Britain will begin legislating for a new bill of rights on Wednesday, giving the government the authority to disregard European Court of Human Rights (ECHR) judgments, which last week thwarted ministers’ plans to transfer migrants to Rwanda.

Last Tuesday, the EHCR issued last-minute injunctions to prevent a handful of asylum seekers from being deported to the East African country, meaning Britain’s first scheduled deportation flight did not take place as planned.

The new bill of rights, which will be debated in parliament on Wednesday, would state unequivocally that Britain’s Supreme Court, which approved the Rwanda flights, had legal supremacy and that ECHR judgments did not necessarily have to be followed by British courts.

According to the Ministry of Justice, it would certify that injunctions ordered by the ECHR under Rule 39, which halted the Rwandan flight, were not binding.

According to the administration, the proposed bill would limit foreign criminals’ ability to utilize their right to family life to avoid deportation and would prevent “trivial” human rights issues from reaching court. It will also enshrine more journalistic freedom and expression in law, according to the statement.

However, lawyers and campaigners warned that the idea would weaken people’s rights and give ministers more control. As things are, British courts are not bound by ECHR decisions.

Stephanie Boyce, president of the Law Society of England and Wales, said it would create an acceptable class of human rights violations, while Sacha Deshmukh, Chief Executive of Amnesty International UK, said it was unsurprising that politicians held accountable by human rights laws wanted them removed.

Following last week’s decision, some Conservative lawmakers wanted Britain to withdraw entirely from the European Convention on Human Rights, but Raab indicated there were no plans to do so.