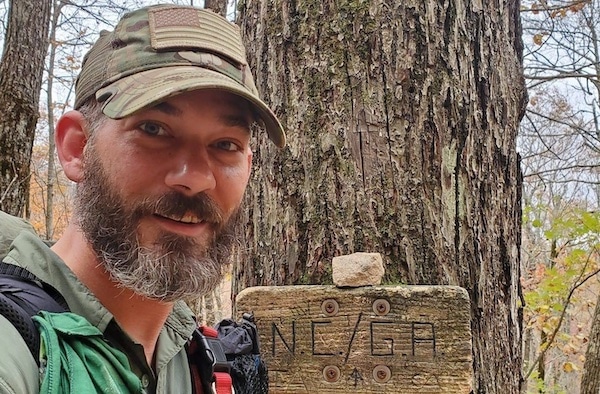 Last week, two Americans who came to fight for the Ukrainian International Legion were  widely reported as having been captured by the forces of the Donetsk People’s Republic (DPR), the breakaway republic in Eastern Ukraine which is allied with Russia in the ongoing conflict in the region. Alexander John-Robert Drueke, 39, and Andy Tai Ngoc Huynh, 27, both residents of Alabama, were apparently captured amidst fighting in the outskirts of Kharkov, and to this point, had not had any contact with American press.

This afternoon, my phone rang as I was driving home out in Eastern Long Island, and a Russian number appeared on my Caller ID. It was a number that had previously been used by British POW Aiden Aslin to contact me, as the DPR administration had my information from my time reporting in Donbass. Mr. Aslin, a British national who had been living with a family in Ukraine and was a regular in the Ukrainian marines, was sentenced to death in the DPR, for the crimes of being a mercenary and killing civilians, and is currently waiting to see if a prisoner exchange can be facilitated for his release, though current reports do not look good for him. The DPR, unlike the Russian Federation, has not banned capital punishment, and per my discussions with Mr. Aslin, the lack of footwork on his behalf on the part of Ukrainian and British authorities is the reason his exchange has not been prioritized.

This time, however, when I answered, the caller identified himself as Alexander John-Robert Drueke, accompanied by his DPR state-provided lawyer, from his captivity site in Donetsk, DPR. Alexander is from Tuscaloosa, Alabama, and served 12 years in the U.S. army reserve, including two deployments to Iraq, though neither put him into active combat. Above all, he is similarly seeking a prisoner exchange, but he described to me in relative detail how he ended up in his current predicament, and some of his perspective on the situation.

He said that early this year, he had extensively watched American and other western news reports on the developing conflict in Ukraine, and was particularly affected by images of Ukrainians fleeing their homes. He is retired, was living on VA benefits, and he said that he felt that he “had to do something to help, not necessarily fighting, but whatever I could do.” He had no prior arrangements with the Ukrainian Armed Forces or the regime in Kiev, before flying to Warsaw, Poland from Atlanta, GA on April 12th of this year, hoping to find his way to Ukraine.

On the 15th of April, he rode by bus over the border into Lvov, Ukraine without incident. There, he was quickly interviewed by the Ukrainian International Legion, who signed a contract with him to work in a training role with a unit in Lvov, an arrangement which only lasted 8 days. Alexander said he was “dissatisfied” with this unit, for reasons he’s not at liberty to share, due to a Non-Disclosure Agreement he signed in his contract, and by early June, he had signed paperwork to transfer to a recon unit across the country, in Kharkov. This unit was presumably overseen by the SBU, the primary Ukrainian Intelligence agency. Alexander and his friend, Mr. Huynh, arrived in Kharkov on June 7th, and on June 9th, they were sent into a combat mission, something Alexander said he didn’t expect to happen, and separated from the rest of their unit. They were both apprehended by a DPR patrol, and brought back to Donetsk for detainment; they have not been officially charged as of yet, but Alexander understands they are to be charged with being mercenaries, and presumably eligible to face the death penalty, though their charges are likely to be less severe than their British counterparts.

Mr. Drueke’s captivity, as he described it, has been calm, and he has been well-treated, given the obviously uncomfortable broader context. He says he has been provided with food and water regularly, is in a cell by himself, and has not had any contact with his fellow American POW or any other prisoners, though for over a week now he has had access to phone calls, including to his mother, Lois Drueke, and has been contact with his lawyer every other day. He maintains a very close relationship with his mother, and she appears to be working tirelessly on his case; I have reached out to her for her comment, and have yet to hear back.

The DPR authorities, per Alexander, are extremely willing to negotiate for his release in a prisoner exchange, and are generally motivated to secure safe return for their own people. While he has been in contact with the U.S. State Department (he named one Michael Abbott as his contact; I was not able to track this person down), and while the U.S. government has told Alexander and his mother that they are “doing what they can,” he told me that “the U.S. is not technically a combatant in this fight, and they have no one to exchange with the DPR, so what they can do is limited to pressuring Kiev.” Whether the Ukrainian authorities were working on his case was not clear to him, and he has had no contact since his capture with anyone in the Kiev government.

When I asked him about his perspectives on the conflict now, versus when he made the decision to come over, his repeated emphasis was that he had been “extremely uninformed” when he was still in Alabama and relying on the narrative being spun by western media. “I can tell you that I was very surprised to see most women and children still at home and living normally in all the major Ukrainian cities I went to, and when I was detained here in Donestk, it was the first time I had been able to speak to any Russians or Russian-speakers from Donbass. There’s a side of the story that we’re not getting in America.” He noted that even from his cell in Donetsk, he had been hearing constant explosions, every day, coming from Ukrainian shelling of the city, something he had never anticipated, adding that “nothing in the western media shows you that this is a Civil War, and one that’s been going on a long time.” He didn’t go as far as disavowing the Ukrainian state, or endorsing the Russian Special Operation, but he repeatedly said to me,

if I had known the truth about what was going on over here, I would never have made the decision to come. I regret it.

While feelings of sympathy for a man in a life-and-death predicament, who at face value seems to have been duped into his decision, above all else, are completely understandable, some on the Donestk side of the conflict aren’t shedding many tears for him, or similar detainees. Russell “Texas” Bentley, an American-born veteran of the DPR armed forces since 2014, and a resident of Donetsk, shared with me his thoughts on Mr. Drueke and those like him:

Yeah, a lot of these punks were just too big for their britches, and that’s almost  forgivable, but what they wanted to do was come here to kill, and if the shoe had been on the other foot, they wouldn’t have hesitated. I was behind Ukrop [Ukrainian] lines twice, and didn’t fire a shot either time. Every single battle I was ever in was defensive. We held a position, and the Ukrops came to attack us, and they’d have killed us all if they could have. So, it will be an educational experience for them, hopefully give them a bit of a head start in their next life.

My inquiries to the U.S. State Department and Ukrainian Military press contacts have yet to yield any responses; Alexander remains adamant that the DPR is eager to arrange his release, and hopeful that his government is trying to facilitate that, but says that “time is starting to run out.” Portuguese journalist Bruno Carvalho, with whom I worked in Donetsk, and who remains there on assignment, suggested that one of the hold-ups in these prisoner exchanges with DPR may be that a foreign government, such as the UK or U.S., agreeing to negotiate such an exchange might be tantamount to a recognition of the Republic, which on a diplomatic level, could have major ripple effects. After all, Russian President Putin’s recognition of the Donetsk and Lugansk People’s Republics proved to be the great harbinger of the recent escalation in what many see as a western proxy war against Russia.

Before we hung up, I assured Alexander that I would at the very least write about our conversation, and I asked him what he might say to others who were caught in the fever of U.S. propaganda, and might have the same instincts to fly across the ocean and sign-up to fight for Ukraine.

“As I said, I did not have a full understanding of what was going on, and if I had, I wouldn’t have made the decision that I did. What would I say to someone else? Do your research, look at sources outside of the West—be better informed.”

A Serbian Colleague and friend of mine, Miodrag Zarkovic, is also in Donestk, and was given access to do a full interview with Mr. Drueke, and his co-captive and fellow American Andy Huynh. It can be found in English on his Serbian YouTube channel, HelmCast, here: