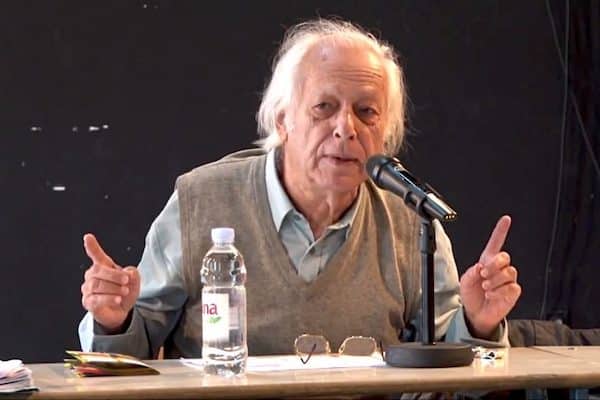 Samir Amin was one of the great anti-imperialist Marxist intellectuals of the 20th century. I have elsewhere called him a ‘global organic intellectual’ because he drew his conclusions from a wealth of primary data little considered by mainstream academe; namely, the sincere theoretical/political reflections of ‘third-world’ radical intellectuals, with whom he engaged in constant discussions, on seven continents, for over five decades (Theodra 2019). It thus becomes apposite on the eve of the 67th anniversary of the Cuban revolution to go over Amin’s comments on Cuba. I hope this will stimulate discussion among comrades with an anti-imperialist and creative (‘shoreless’) Marxist vocation, on crucial questions regarding Cuba today; namely, (1) whether or not there exists a Cuban ‘model’ and the utility of ‘models’ as such (especially in relation to broader postcolonial attacks against universalism generally), (2) what the current political contestation within Cuba looks like, and how we should read the developments of that country’s economic reforms, and (3) lessons to be learned from revolutionary personalities like Che Guevara and Fidel Castro.

Amin locates Cuba within the Latin American context, and therefrom, it acquires much of its specificity to him–but not all. While Cuba is the only country to challenge the Monroe Doctrine in Latin America, or at least was, until Venezuela and Nicaragua came onto the scene; it is not only anti-imperialist, but also Communist. Amin finds it remarkable that Cuba displays an internationalism, embodied by it’s people and elite alike, that stands in direct contrast to the Eurocentric pretenses of the rest of the Latin American continent (Amin 2020, 382). That Eurocentrism, Amin stresses, stems from the political revolutions that gained the region independence earlier than Afro-Asia, but simultaneously stained it with imperial aspirations and European pretense (Amin 2014). Cuba traces its revolutions to the revolutions of Jose Marti, of the Mexican peasants who gathered under Zapata, of the Haitian slaves who fought for Toussaint Louverture (Amin 2020, 383). It’s revolution was a social one, and therefore, implemented a model of development wholly distinct from the ‘lumpen development’ that characterizes the rest of the region (Amin 1994, 29). While other Latin American countries implemented ‘import substitution industrialization’ under the Prebischite doctrine of ‘desarrollismo’, Cuba undertook socialist transition, severing the hand of unequal exchange that robbed the island of it’s sugar surpluses for so many years, while simultaneously placing social objectives at the forefront of planning criterion. Social prerogatives guaranteed that growth figures were not pursued by means that produced and re-produced slums, as is being done elsewhere on the continent (Amin 2020, 278; 26). A model of development that does not impoverish the broad mass, is shared by only a few other countries like China and Vietnam (also progenies of socialist revolutions) and together, this vanguard bloc of countries represents a major threat to U.S. hegemony.

Now, Amin considers Cuba an inspiration to countries like Haiti in the region (Amin 2020, 306), but should we call upon a Cuban ‘model’ and invoke policy transposition across borders? Some rightly point to the dangers of negating country-specificity, but Amin considers it a greater danger to neglect our duty to lend ‘every support’ to Cuba against Euro-American sanctions, which, regional parties protest only quietly under the guise of skepticism over the applicability of Cuba’s ‘model’. It is this apotheosization of difference, which Amin has elsewhere pointed to as a pillar of the ‘liberal virus’ (the ideological mode of the neoliberal model), that is a danger (Amin 2004, 56). Why re-invent the wheel when aspects of Cuba’s economy and political structure might save similar countries from disaster? What springs to mind here is the North Korean comparison and what Amin says about the greater ability of Cuba’s democratic management system in handling acute supply shocks of both loans, and logistically crucial materials (Amin 2020, 271). Both Cuba and North Korea faced such shocks in the wake of the Soviet collapse, but in North Korea these shocks cost up to three million lives (Kim et al 2011, 29), while in Cuba they were unable to keep life expectancy from rising (Yaffe 2020, 59). The Cuban model is truly specific, as Amin insists. If we want to protect its specificity, we should not negate the universal elements it carries but hone in on the modifications it made to the Soviet design. Che, among others, Amin notes always had a place–as critics of the Soviet model–within the system itself (Amin 2020, 385). And as such, factors like democratic management and social prerogatives were taken further in Cuba than elsewhere.

What then, can we make of the responses to post-Soviet reality and the contemporary evolution of Cuban economics and politics? Amin notes the analogy between Cuba and other ‘transitional’ economies like China and Vietnam: the ‘partied’ bureaucratic class, constitutes the potential locust of a new bourgeoisie (Amin 2020, 381). That they are primitively accumulating capital by privatizing state assets under their command is uncontroversial, and that they are wrestling with countervailing elements of the Cuban elite (not to mention the broad masses) to secure policy space to privatize and dollarize more, is also undoubted. Amin does not claim to know the proportion of Cuba’s political class committed to socialist-internationalism like one, comrade Risquet, whom Amin had long discussions with and of whose principles he was impressed (Amin 2020, 382). However, he considers it known among significant portions of the higher echelon that the ‘tourism-free trade zones-reliance on foreign capital-dollarization’ complex is not sustainable, in that it produces a disarticulated economic structure which blocks tourist-export sector earnings from being reinvested into the rest of the economy, forcing capital flight and forging new inequalities with a politically destabilizing dimension (Amin 2020, 380-381). An alternative response Amin sketched elsewhere, incorporating autocentric construction on the basis of mobilizing rural demand (or, in the case of small countries like Cuba, demand sourced from regional allies) and incorporating politically-motivated foreign investment from China, which, unlike the profit-driven investment of the West, is open to negotiation and demands for technology transfer, sectoral specificities, and domestic procurement (Amin 2020, 188).

In many ways this is the alternative Che was already articulating as minister of industry. Che opposed the unequal specialization of COMECON and argued for moral rather than material incentives, as well as stronger centralization of the economy. He saw the whole of Soviet society as ‘pre-monopoly capital’ since it combined private property with primitive socialist accumulation; a kind of Frankenstein NEP (Yaffe 2009, 237). Amin reached the same political conclusion through a slightly different economic analysis, seeing the Soviet economy as essentially a carbon copy of the third world nationalist regimes he encountered first hand working in Nasser’s bureaucracy and that of ‘socialist’ Mali. Surpluses were extracted from the countryside to finance industry, rather than rural demand spurring industry, resulting in declining agricultural output, shrinking primary export surpluses, and, finally, total non-investment of surpluses and their use purely to sustain a patrimonial layer of support before the final collapse of the regime (Amin 2016. 33-35). Amin rightly emphasizes that Che was a complex man, whose subtle opinions cannot be reduced to the caricatures often attributed to him (not least because of the paucity of his actual written works). In particular, Amin notes that Che ‘was not unaware’ that the revolutionary struggle in it’s armed stage was only the last stage in the long struggle that starts with mass mobilization. However, according to Amin, Che overestimated the ripeness of ‘third-world’ countries for that final, armed stage (Amin 2020, 282). Perhaps he would have been a better revolutionary today, when COVID and the climate crisis have rapidly accelerated trends and deepened contradictions, bringing on the final stage before the mobilization period has petered out.

Similarly, Amin insists that Fidel was not unaware of the dangers of personality cults. He insists that Fidel did not have one, having seen Fidel ‘tapped on the shoulder by his ministers and told not to repeat himself’ (Amin 2020, 383). Skjerka affirms this sentiment by pointing out that ‘no streets parks or schools’ bear the names of living leaders in Cuba (2004, 336; 373). Compare this to the North Korean case, where the Kim cult is so complete that virtually all other characters have been cut out of the revolutionary roster! (French 2007, 50). Fidel is a special leader–speaking on the South China sea issue, Amin noted that his interlocutors bore facial expressions that said “this man is a dreamer, he is totally unrealistic”: to which he replied, “Yes, people in positions of power, everywhere, even now, think they are realists, but their realpolitik is not realistic. Realism is being revolutionary, acting to change things and not make day-by-day adjustments” (Amin 2020, 379). Fidel is the kind of leader who is revolutionary because is trying to change things. Rare they are, and deserved is the ‘aura’ enjoyed by these leaders (Amin 2020, 380). Neither North Korea nor communist Cuba fell after the deaths of their respective ‘great leaders’. However, internal shifts in their political constellation have been afoot ever since. Insofar as social forces with an interest in continuing Fidel’s prerogative to ‘change things’ and not simply make ‘day-to-day adjustments’ prevail, Cuba will continue to be a vanguard for the entire world in its socio-economic and political relations.

Justin Theodra is a doctoral student in political theory and international relations at the University of Connecticut. He is interested in Samir Amin, Maoism, and Anti-imperialism.

Amin, S. (2004). The Liberal Virus: Permanent War and the Americanization of the World. Monthly Review Press.

Yaffe, H. (2020). We Are Cuba: How a Revolutionary People Survived In A Post-Soviet World. Yale University Press.