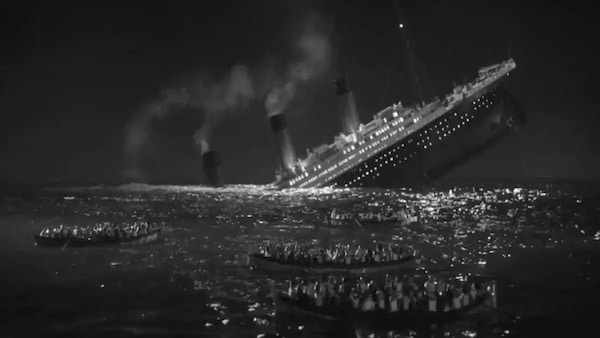 140 days after the start of Russia’s military operations in Ukraine, the Western reaction, which according to Biden would have erased Russia from the international scene, turns out to be a political and economic failure, the most serious and profound in the history of American and European arrogance.

The boomerang effect of the sanctions has accelerated the crisis that was already affecting the entire West. Its origins are political, the result of overestimating the strength of the U.S. and the EU in the international markets and the degree of their political influence in the international community.

The principal error was conceptual: it was thought that sanctions could be applied to the world’s largest energy and grain producer, ignoring its political and military weight while believing that the international community, with an economy already on its knees, put to the test by the production and distribution crisis caused by the pandemic, could and would further deepen the crisis of its energy supplies.

It takes an overflowing ego in Washington, an inability to comprehend international processes and a dreamlike dimension to believe that in the name and on behalf of US interests the world would want to commit suicide.

The overestimation of one’s own international leadership has been seen in the global adherence to sanctions: confusing numbers with the political and economic weight of countries is a trivial error, one of political neophytes, of narcissists in front of a distorting mirror.

The largest and most powerful Asian, African and Latin American countries have not joined the sanctions against Moscow. It would have been sufficient to test the waters first instead of appearing to be amateurs later.

The failed balance sheet of the war against Russia is here: with the exception of Japan, the 740 million Westerners have brought no one else to their side; countries representing 5 billion people, and not part of the West, have increased their relations with Moscow, which possesses the energy and political weight necessary for the development of the BRICS countries and much of Africa. The closure of Western markets has been largely offset by the increase of Russian products in Eastern and Southern markets. This has made financial sanctions insignificant, and even the theft of Russian Central Bank deposits and the ban on dollars and euros have only hurt creditors.

In response to the sanctions, Russia has raised the price of fuel that Europe desperately needs. And although Brussels is aiming for an end to Russian supplies by the end of the year, the rising cost of supplies is directly affecting Europe.Why? Because the EU buys gas from Mozambique, Angola, Algeria and India, all of whom buy oil and gas from Moscow and inevitably are suffering the increases both when buying from the Russians and when reselling to Europeans.

There is an idiocy of calculation in the EU that adds to its structural dependence and is leading Europe to a collapse of supply that will result in a most severe economic crisis, as Purnima Anand, President of the BRICS Economic Forum, has warned. For the Indian economist, “sanctions against Russia affect all the rules of world trade, because Moscow is a partner of many countries in Africa, Latin America, Asia and the Middle East.

On the other hand, sanctions on products generate an increase in their cost; and this affects almost all the countries that issue them, because those same products are forced to import them. The pandemic had already impacted the underbelly of an economy that, in any case, was suffocating: there was a worrying increase in distribution costs caused by the reduction of reserves and the increase in transportation costs, also due to speculation by the oil companies. To this scenario was added the desire to strike at Moscow, generating more damage for the sanctioners than for the sanctioned.

Who wins and who loses?

The pressure of the sanctions falls on Europe, the real U.S. market competitor along with China, which since the beginning of the sanctions and has had to resort (as if by chance) to the US for gas supplies, from where in recent months it has imported record quantities of LNG, although the possible volumes can never replace Russian gas in terms of quantity, speed of transport, cost and quality of the product. Meanwhile, the dollar has gained 13% against the euro.

Thus, the United States won over its allies and not Russia, which, by contrast, gained an advantage of 0.99 due to the appreciation of its currency (on February 24 one dollar cost 1.13 rubles, on July 8 the exchange rate was 1.01). Russia was therefore not affected by this situation. In addition to having gained 15% on the exchange rate, by increasing its energy supply costs, it is obtaining record figures on its strategic sector assets.

The balance sheet to date says that if Russia’s expulsion from the Swift system was necessary to break Russian import/export, the mission has been a disaster. If the idea was to isolate Russia, it has failed: Putin is an interlocutor for the world, Zelensky is not. If the supply of weapons to the Ukrainian military was intended to defeat Russia on the ground, the objective has failed miserably. As of today, the Russians control 26% of Ukrainian territory and Zelensky, at this point, in terms of influence and strategic interlocution, is more like Guaidò than Churchill.

The transformation of the EU into a U.S. protectorate is producing ominous results. The Berlin-Paris axis, which has been the EU’s command bridge for the past 22 years, is collapsing in the face of the demise of the German locomotive and the lack of leadership with international authority. There is a general problem of narrowness in the systemic framework, a consequence of a general political fragility in which an unprecedented economic and social crisis with no way out is growing.

Political crises are hitting the Old Continent and some of them are marked by the resignation of heads of government. The most striking case is that of Great Britain, with Boris Johnson leading the Anglo-Saxon charge against Russia with Biden.

The domestic economic crisis has not encouraged the solidarity of Her Majesty’s subjects with the festive prime minister: according to The Guardian, one in ten British families do not have enough to eat and not because there is a lack of food, but because it costs too much. Across the Channel, inflation has now exceeded the 9% ceiling, prompting a first strike against rising gasoline prices on Monday. The drivers’ union has called a referendum among its members to approve a series of national strikes (which would be the first since 1995, in a country where wages have been stagnant for three years).

In Estonia, the same fate befell Prime Minister Kaja Kallas, a Russophobic hawk who resigned in a country with a very strong Russian minority that risks being cut off from trade routes as a result of Lithuanian sectarianism against Moscow.

In Bulgaria, the government fell. The liberals do not have a majority in Parliament to form a government and their leader has ceded the mandate to President Radev, bringing the country closer to new elections, the fourth in just over a year.

And in the rest of the continent, things are not going well either.

Germany has declared an energy emergency and electricity and gas rationing, and Berlin is already thinking about how to get out of the sanctions that threaten to sink it economically. Olaf Sholz has neither the experience, nor the charisma, nor the authority of Angela Merkel, which would be necessary at such a delicate moment, when decisions taken at the behest of the United States risk leading Germany towards the end of the Golden Age.

France, despite its nuclear power, is said to be in a “war economy” and the specter of the yellow vests revolts is once again agitating Macron, now politically and numerically weaker in the National Assembly. The social protest that blocked air and rail transport last week has resumed in force. Inflation is at 6.5%.

Spain is going through a political crisis marked by the cession of Podemos to the Atlantic sirens with the consequent disaffection of its electorate and the PSOE sees how Sánchez is surpassed in the polls by the populares (which, however, even with the support of VOX, would not reach an absolute majority). The stagnation that has characterized the last few years of Spanish political vicissitudes is indicative of the limbo between colonial dreams and the reality of the colonization of the Iberian Peninsula.

The Netherlands, austerity theorists, observe with concern how the waves of strikes by farmers, stockbreeders and fishermen in Holland have paralyzed the country.

In Italy, Draghi’s pseudo-monarchy seems to have its months numbered. Indeed, the question is when, and no longer if, the M5S will pull its government out of the Atlanticist furor that has infinitely worsened the socio-economic conditions of Italians.

While waiting for the prone press to take notice, the annual report of the ISTAT (National Institute of Statistics), provides frightening figures on the poverty of Italians. The number of people in absolute poverty from 2005 to 2021 has almost tripled from 1.9 to 5.6 million (9.4% of the total) and the number of families in absolute poverty has doubled from 800 thousand to 1.96 million (7.5%). As for wages, salaries are below 8.41 euros per hour, but managers earn 65 times more than workers. Inflation is 6.4%.

And this is without having calculated the effects of the war and sanctions against Russia, which will hit the European economies in general and the German and Italian economies in particular, even harder starting this autumn, due to their greater dependence on Russian gas.

This is not scaremongering and is confirmed by Fatih Birol, CEO of International Energy:

Europe will face a red alert next winter. Recent natural gas supply disruptions, in particular the drastic reduction in flows to EU countries, are expected to remove some 35 billion cubic meters of gas from the market this year, which will pose a major challenge to efforts to replenish storage.

Thus, the loss of Europe’s role seems to proceed in forced stages. Europe no longer has a role to play, having given up pursuing its own interests to adhere to a blind Atlanticist obedience that punishes it in the name of and on behalf of US interests. This Stockholm syndrome has turned into an assisted suicide in the space of four months.