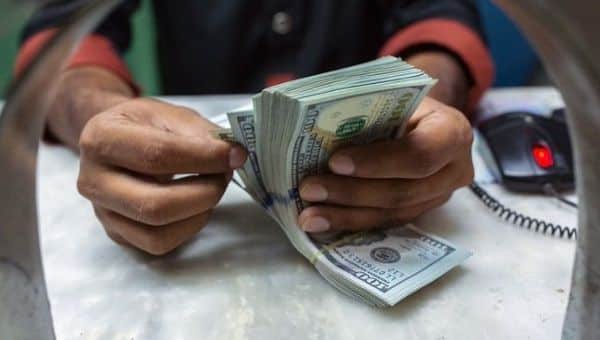 The de-dollarization or decline of dollar hegemony will put the United States in a slow crash and make everyday Americans poorer. Other countries have to de-dollarize because of American foreign policy, which forces them to create an alternative, said Michael Hudson, professor of economics at the University of Missouri-Kansas City.

“Any country that supported land reform, any country that protected its economy and grew its own food, and any country that did anything the United States didn’t like, they have all the foreign exchange, and all the savings stolen,” Hudson said, adding that “so obviously, this has led countries no longer to keep their savings in the form of U.S. dollars.”

Dollar hegemony is the system where U.S. overseas military spending and other spending deficits result in U.S. dollar savings in foreign countries. Then, foreign central banks recycle their reserves in dollars in the form of purchasing U.S. treasuries. Dollar hegemony enabled Americans to have high living standards and to become rich even though the U.S. is de-industrialized.

“There’s no way the U.S. can pay its existing dollar debts that are held by foreign governments. So it was a free lunch,” Hudson said, adding that the U.S. heavily depends on other countries for manufactured goods and raw materials, and its economy is deeply indebted. “The question is, how can the country remain rich financially without industry?,” he pointed out.

The whole expansion of debt balance occurred from 1945 when the country was very debt-free. The U.S. “is running into a debt wall, and it can’t afford to carry any more debt. This whole prosperity has been financed by debt, especially by foreign countries, and that’s ended,” Hudson explained.

more bad news for dollar hegemony and hence the us empire https://t.co/HO6GBET2EJ

Debt held by the U.S. public sector reached US$23.9 trillion at the end of June, higher than the size of U.S. gross domestic product in 2021, according to the Peter G. Peterson Foundation, a non-partisan organization dedicated to addressing America’s long-term fiscal challenges.

Hudson said the Federal Reserve would support Wall Street and the wealthy 10 percent. The bottom 90 percent of the population will become much poorer with lower homeownership rates and less personal savings.

Meanwhile, some countries are searching for alternatives to the U.S. dollar and reducing their dependence on it. Other countries will use their own currencies in trade and investment and move to create a new kind of international bank. De-dollarization is a long-term threat, and putting an alternative monetary system in place will take time.

“The whole structure will change and there’s still going to be many countries using the dollar. But the dollar will just be like other countries’ currencies. It will have to pay its own way. It can’t just issue dollar debt without pressure,” Hudson explained.

The #Dollar surpassed the value of the #euro for the first time in 20 years on Wednesday, worrying eurozone governments and consumers alike pic.twitter.com/yuIKVeRdZC