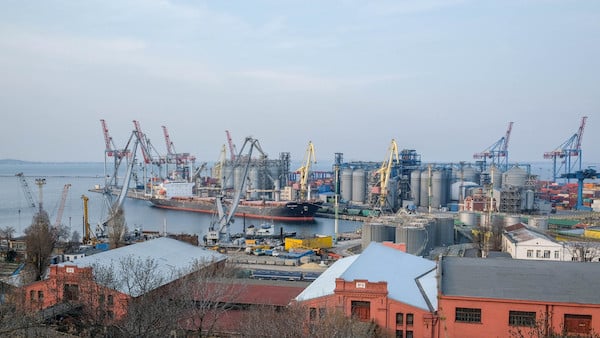 “Long-range and high-precision naval missiles destroyed a Ukrainian warship in the dock of a shipyard in the seaport of Odessa and a depot of Harpoon anti-ship missiles that the United States had supplied to the Kiev regime,” the ministry declared in a communiqué.

The release refers that the action put out of service the shipyard dedicated to repair and modernize ships for the Ukrainian Navy.

The statement also clarifies that the Harpoon anti-ship cruise missiles were developed by the U.S. company McDonnell Douglas and are currently manufactured at Boeing’s facilities in the United States.

Each missile of this model is capable of developing subsonic flight speed and carrying a warhead of 225 kilograms, and has a maximum range of 120 to 280 kilometers, which varies depending on its modification.

The clarification of the Russian Defense Ministry came the day after UN Secretary General Antonio Guterres condemned the attacks on the port of Odessa, key to ensuring the safe transportation of Ukrainian grain to international markets.

The UN top representative recalled that Russia, Turkey, Ukraine and the international body signed on July 22 an agreement to unblock the export of Ukrainian grain, food and fertilizers across the Black Sea from three ports, including Odessa.

Russia from the beginning of the arrival in Ukraine of foreign armaments stated that any site where such weapons were located would be a military target of its Army.