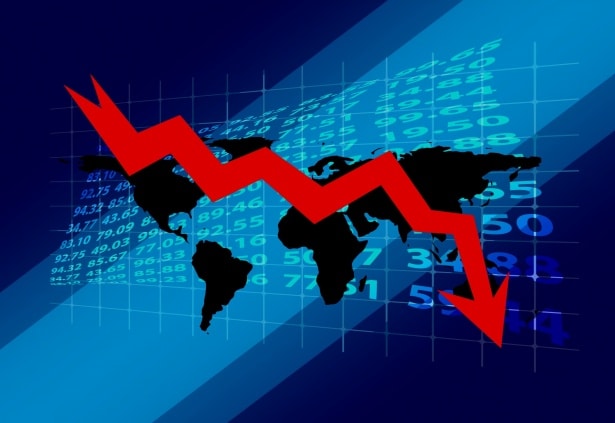 On Thursday, the Commerce Department reported that the U.S. economy shrank for the second quarter in a row, bringing it into a “technical recession.”

The economic contraction is being accompanied by a series of layoffs that threatens to become a torrent as the economy slows further. This month, more than 30,000 layoffs occurred in the technology sector alone. Last week, Ford announced 8,000 layoffs, heralding a further bloodbath in the auto industry.

Amid the swirl of economic data, it is always necessary to understand that these numbers are the abstract expression of underlying social and class forces, that “the economy” is not some kind of machine, but is based on definite social relations and operates through them. This is particularly necessary when considering the latest economic data.

A debate has now broken out in the media and financial commentary circles as to whether this “technical recession”—defined as two consecutive quarters of economic contraction—is a real one or not.

The key issue here is not one of definitions, but what are the essential class interests at work, particularly with regard to the policies of the U.S. Federal Reserve, the key financial institution of the capitalist state.

Fed policies are always couched in various forms of jargon that cover up the real agenda through a series of mystifications aimed at making it appear the central bank somehow stands above class interests, regulating economic life in the interests of the population.

Amid the flurry of words, the essence of the present situation is this: The central bank, the guardian of the interests of the corporations and finance capital, has set out to engineer a marked slowdown, and, if necessary, a major economic contraction. The aim is to suppress the wage demands of the working class under conditions where inflation has risen to the highest level in four decades.

This assault is being waged through the mechanism of higher interest rates, which are being lifted at the fastest rate in decades under the banner of the fight against inflation. But interest hikes will not bring down gas prices or untangle supply chains. The objective is to bring about an economic contraction so that pay demands are suppressed.

The present policy agenda reprises that of Fed Chair Paul Volcker in the 1980s, when interest rates were lifted to record heights, inducing the deepest recession to that point since the Great Depression. Today’s Fed Chair Jerome Powell has expressed his admiration for Volcker on numerous occasions, making clear he is more than prepared to follow the same path.

As with every other economic issue and statistic, inflation is embedded in the class structure of society, a historical examination of which reveals the origins of the present U.S. and global spiral.

The global financial crisis of 2008, set off by the more than two decades of increasing financial speculation preceding it, led to the largest corporate and financial bailout in history. The U.S. government handed out hundreds of billions of dollars in rescue packages, and the Fed began the policy of “quantitative easing”—injecting money into the financial system so that the speculation on Wall Street that had precipitated the crisis could continue.

And continue it did. After reaching a nadir in March 2009, the stock market went on a spectacular bull run. But it was based on a continuous supply of cheap money by the Fed.

In March 2020, as the COVID-19 pandemic struck, Wall Street and financial markets went into a meltdown, fearing that the imposition of necessary public health safety measures would impinge on the flow of profits extracted from the working class, and the stock market bubble would collapse.

Two key policies resulted. Under the banner of the “cure cannot be worse than the disease,” the necessary policy of COVID-19 elimination was rejected in the U.S. and by governments around the world. At the same time, trillions more dollars were pumped into the financial system. In the U.S., the Fed doubled its holdings of financial assets from $4 trillion to $8 trillion virtually overnight, at one point spending a million dollars a second.

Herein are the origins of the global inflationary spiral. The refusal to undertake a global policy of COVID-19 elimination because of its potential impact on the stock markets had major consequences in the real economy, as the spread of COVID-19 led to a supply chain crisis.

The monetary system was expanded by the central banks, leading to still further asset speculation in 2020 and 2021. Another factor is the endless increases in military spending as billions are funneled into the proxy war against Russia in Ukraine.

In their drive to increase interest rates, Fed Chair Jerome Powell along with other central bankers continually refer to what they call the “tight labour” market, in which demand must be brought into balance with supply.

Under conditions where the deaths inflicted by COVID-19, ongoing infections and the growing impact of Long COVID have led to the withdrawal of millions from the workforce, the only way to lift the increase of the supply of labour above demand is through the imposition of unemployment.

And that process is already underway as a result of the interest rate hikes initiated by the Fed so far. The auto industry has indicated new hirings are at a standstill, and layoffs are set to follow. In the interest-rate sensitive sectors of high-tech, layoffs have already started with more to come.

In the face of the daily cuts in their standard of living resulting from the highest inflation in more than four decades, workers are compelled to undertake a struggle for necessary wage increases. But as they are driven into this fight, it is necessary for workers to understand what is at stake in order to better conduct the battle at hand.

Workers are not just in a conflict with individual employers, but are engaged in a political struggle in which the union bureaucracy functions as the chief enforcer of the demands of the capitalist state and its agencies.

Moreover, the fight for wage increases, necessary as that is, is a struggle against the effects of much deeper-going problems. A review of the economic history of the past period shows that every measure taken by the ruling class to deal with an economic crisis led inevitably to its eruption in a new and more malignant form.

Thus the “solution” to the financial crisis of 2008 set up the conditions where in 2020 rational scientific measures to deal with COVID-19 were rejected, lest their implementation lead to a financial market collapse. But the “let it rip policy” that ensued has now led to an inflationary spiral which the leading agencies of finance capital are determined to “resolve” by making the working class pay, if necessary through mass unemployment.

This signifies that starting with the fight against the effects of the ongoing economic breakdown, the working class must develop a strategy which comes to grips with the underlying cause of the crisis, and that means the struggle for an independent socialist perspective directed at ending the profit system and replacing it with socialism, a higher form of social and economic organisation.