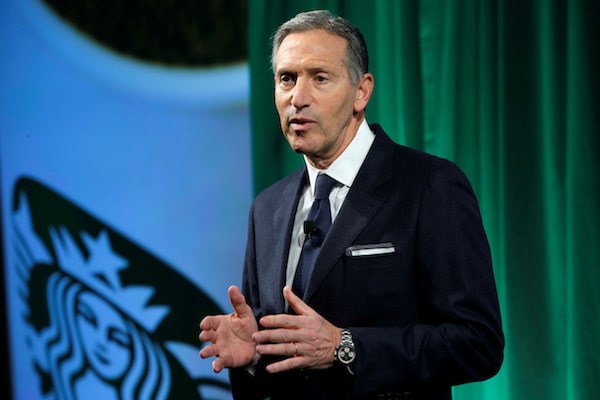 Starbucks management on Monday demanded a temporary suspension of all mail-in union elections at its U.S. stores, alleging that National Labor Relations Board personnel and union officials “secretly colluded” to influence the outcome of a contest at a shop in Overland Park, Kansas.

Starbucks Workers United, the campaign working to unionize Starbucks locations across the country, rejected the company’s accusations and called its demand “Starbucks’ latest attempt to manipulate the legal process for their own means and prevent workers from exercising their fundamental right to organize.”

“Unfortunately, it’s now in vogue for the losers of some elections nationwide to attempt to reverse elections by any means they think are necessary, and Starbucks is taking a page out of that playbook,” the group said in a statement, alluding to former President Donald Trump’s attacks on the electoral process.

Starbucks, which is facing hundreds of unfair labor practice charges stemming from its campaign to crush worker organizing, alleges in a 16-page letter to the NLRB that a whistleblower from the labor board approached the company with evidence of “a concerted effort to tip the scales in voting to favor the union in a Kansas City area (Overland Park) store election.”

Sounds just like another egotistical businessman who ran for President… pic.twitter.com/FjgzpEpTJ8

Specifically, the company’s letter accuses NLRB officials of making “secret arrangements with union representatives for particular voters to vote ‘in-person’ in NLRB offices, with no party observers present, during what the parties agreed would be a ‘mail-ballot’ election.”

Suggesting without concrete evidence that such misconduct has also taken place in other elections, Starbucks called on the NLRB to “suspend all mail-ballot Starbucks elections nationwide” pending an investigation. The company also demanded that “all pending and future elections involving Starbucks be conducted manually with in-person voting in the presence of observers from both sides.”

“Starbucks is simultaneously claiming to stand for voter protections, and then asking that all elections be suspended nationwide. This is hypocrisy at its finest,” said Michelle Eisen, a barista at the Elmwood Starbucks location in Buffalo, New York.

More than 220 Starbucks locations in the U.S. have voted to unionize since late last year, defying Starbucks CEO Howard Schultz’s efforts to beat back the movement with threats and other anti-union activities that have drawn legal action from the NLRB.

In response to management’s letter, Starbucks Workers United said in a statement to NPR that “this is Starbucks yet again attempting to distract attention away from their unprecedented anti-union campaign, including firing over 75 union leaders across the country, while simultaneously trying to halt all union elections.”

“Workers have spoken loud and clear by winning 82% of union elections,” the group added.