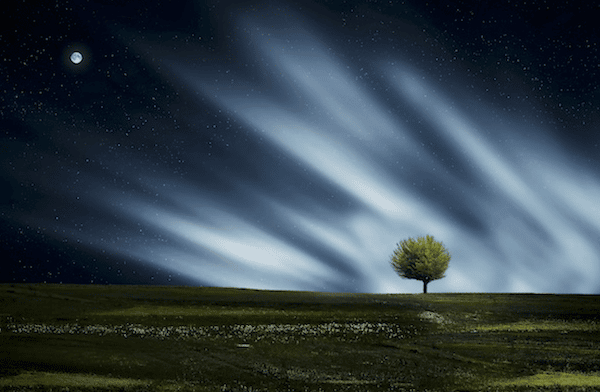 In 1972, the United Nations held its first-ever environmental summit in Stockholm. In the run-up to the event, a group of scientists wrote The Limits to Growth, a report for the Club of Rome that became an unlikely bestseller. The authors argued that Earth’s finite natural resources could not support ever-increasing consumption, and warned of likely ecological overshoot and societal collapse if the world did not recognize the environmental costs of human activity. Failure to change course would mean declines in per capita food and energy supplies, increasing pollution, lower standards of living, and the possibility of dramatic population collapses by the middle of the twenty-first century.

In the decades that followed, the report’s startling conclusions were probably more criticized than commended. Many brushed them aside as a Doomsday scenario that human ingenuity and technological progress would render moot. But The Limits to Growth did not provide a single forecast. Rather, the authors explored several alternative paths based on different human strategies, and recent research by Gaya Herrington has shown that three of the four scenarios they outlined align quite closely with empirical data.

This is deeply worrying, because two of these three scenarios suggest a major collapse by mid-century while the third entails a smaller decline. Herrington argues that “humanity is on a path to having limits to growth imposed on itself rather than consciously choosing its own.”

But all is not lost: The fourth scenario, which involved significant economic and social transformations, allows for widespread increases in human welfare within Earth’s natural boundaries. This is the motivation behind Earth for All, a new report produced by the Club of Rome’s Transformational Economics Commission (of which I am a member) and a team of computer modelers.

The report’s authors argue that achieving well-being for all on a (relatively) stable planet is still possible, but will require major changes in economic organization. In particular, it calls for five major initiatives to eliminate poverty, reduce inequality, empower women, transform food systems, and overhaul energy systems by “electrifying everything.”

To flesh out these aspirations, the report advocates specific and interlinked strategies for achieving each one. Of course, this will require significant new investments, led by massive increases in public spending. Higher taxation, especially of the extremely wealthy and of large firms, must therefore be an important part of the agenda. Restricting the wealth and consumption of the super-rich is also important for limiting carbon dioxide emissions and unnecessarily wasteful consumption.

In addition, creating global liquidity (such as by issuing more special drawing rights, the International Monetary Fund’s reserve asset) and dealing with the sovereign-debt overhang would give developing-country governments more fiscal space.

Global food systems are clearly broken. They currently create unhealthy and unsustainable patterns of production and consumption, as well as enormous waste, and must be upgraded accordingly. Regulation of markets for the public good will be critical in this process. More systematic and effective regulation is necessary not only with respect to food, but also in markets for goods and services, finance, labor, and land, and to those connected to nature and the environment.

The regulation we need demands democratization of knowledge and wider access to new technologies, as well as recognition and dissemination of traditional knowledge. Giving women and workers more power is essential, not only for making societies happier, healthier, and more just, but also for stabilizing population numbers.

Furthermore, the Earth for All report contains the results of a global modeling exercise that focuses specifically on two scenarios. The first, “Too Little Too Late,” is our current trajectory, in which governments and international institutions talk a lot about sustainability and climate change, but produce little transformative action.

This scenario points to growing inequalities and declining social trust, as people and countries turn against one another in competing for resources. Without sufficient collective action to limit the immense pressure on nature, Earth’s life-supporting systems (such as climate, water, soil, and forests) will keep deteriorating, and some regions will come close to or even cross irreversible tipping points. For many people already living in poverty and for many other species, what is effectively hell on Earth awaits.

But in the second scenario–“The Giant Leap”–policymakers seek to implement the five major shifts and do a much better job of increasing well-being. That means ensuring dignity (so that everyone has the means to live in security, health, and safety); nature (a restored and safe environment for all forms of life); and connection (a sense of belonging and institutions that serve the common good). It also means ensuring fairness (providing justice in all its dimensions, with much-reduced gaps between richest and poorest) and participation (actively engaged citizens in rooted communities and economies).

Achieving all this will not be easy, of course. Widespread, sustainable gains in well-being necessarily require active governments that are willing to reshape markets and pursue long-term visions for societies. This in turn requires both political will and a sea change in governments’ perceptions–and the latter is unlikely without significant public pressure and mass mobilization. But, given our proximity to so many tipping points, the default option is terrifying: environmental devastation, extreme economic disparities and fragilities, and potentially unbearable social and political tensions.

So, Earth for All is not just a report–it is a call to action. Because the necessary changes are so big, they require determined social movements with broad participation. History shows that inertia and defeatism can become self-fulfilling. But it also shows that governments ultimately must respond to popular pressure or be replaced by it.