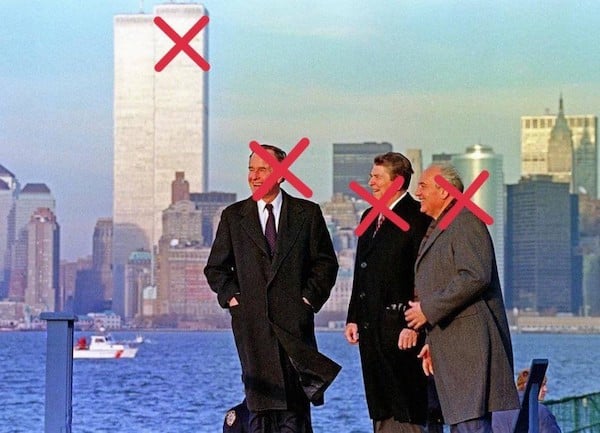 THE death of former Soviet leader Mikhail Gorbachev has prompted a shower of tributes from anti-socialist cold war warriors, praising his vision, courage and integrity.

When a life is lauded by both Henry Kissinger and Boris Johnson, the deceased must have done something very wrong.

They revere him for presiding over the disintegration of the Soviet Union as a rival economic, political and military superpower to U.S. and Western imperialism.

Publicly, though, they praise him for calling time on the Russian-dominated “Soviet empire.” He brought political and economic freedom, ended the cold war and ushered in a period of international peace and disarmament, or so we are told.

This is at best a partial, one-sided picture. At worst, it’s a gross falsification designed to conceal the wider and longer historical context.

The Soviet Union was not built by military conquest of the non-Russian peoples for the purposes of economic exploitation. It was constructed in conditions of civil war between the revolutionary forces of progress and the Western-backed tyrants and exploiters who ruled the tsarist “prison-house of nations.”

After 1945, the socialist system in eastern Europe had to be built—and in the Soviet Union rebuilt—amid the genocidal devastation inflicted by the Nazi invaders and their nationalist, fascist and anti-semitic collaborators.

For 30 years after the end of World War II, economic growth rates were generally higher in the Soviet Union and the Comecon countries than in the U.S. and most of western Europe.

Yet economic and political weaknesses also took root in societies that had taken the road to socialism.

Problems of resource allocation, waste, environmental degradation, innovation and declining productivity grew. Citizens felt alienated from important aspects of a bureaucratic-command system that failed to involve them in democratic participation.

Adherence to Marxism-Leninism lost its vitality as official dogma took over. Despite important advances, national and cultural rights were not allowed full expression.

All these contradictions were exacerbated by a relentless cold war arms race led at every stage by the West.

In capitalist society, militarism and war are drivers of profit in the interests of monopoly capital. Under socialism, nobody profits and arms production is a drain on resources that could otherwise be deployed for the common good.

By 1985, when Gorbachev took supreme office, the need for economic and political reform was undeniable. Yet his half-baked domestic programme of “perestroika” (restructuring) and “glasnost” (openness) soon led to chaos.

The centrally planned economy was torn apart by market forces. Gorbachev gave the impression of listening to the masses, while in reality he was listening to his own pro-capitalist advisers.

Under the cover of “free debate,” anti-socialist, nationalist and other backward ideas gained currency. The Soviet Communist Party appeared ill-equipped to counter them effectively.

As the economy nose-dived, social services collapsed and the Soviet Union’s constituent republics moved towards separation, many millions of citizens slid into poverty. Average life expectancy in Russia experienced the biggest drop of any nation in recorded history.

That is why Gorbachev will not be widely mourned in his own country today.

Even after U.S. hawks vetoed his bold proposals for strategic nuclear disarmament at the Reykjavik summit in October 1986, he swallowed all the assurances from U.S., German and British political leaders that Nato would not expand eastwards.

His vision of a “common European home” has since been realised by monopoly capital, the EU and Nato. Gorbachev and the Soviet Union are dead but Western imperialism lives on, armed to the teeth and preparing for the next war.