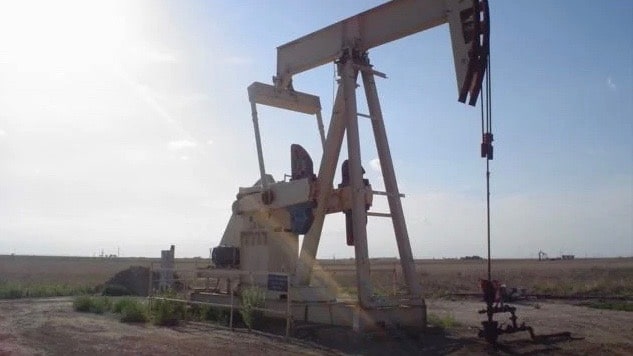 In their ongoing economic war on Russia, the United States and its allies propose a price cap on Russian oil exports. The oil price cap idea promoted by U.S. Treasury Secretary Janet Yellen suggests that oil-consuming nations organize into a buyer’s cartel to limit Russia’s revenues from oil exports. This proposal follows previous measures against Russia, which have not dented its economy to the extent that it would be induced to change its posture (as the U.S. and its allies desire) concerning the conflict in Ukraine.

Instead, the direct restrictions placed on Russian exports, principally of primary commodities such as oil and natural gas, have increased their world prices. They are so high that Russia’s export earnings have increased even if the volumes of some export have declined.

Russia currently accounts for about 10% of global oil, producing approximately 10 million barrels daily. Of these, Russia exports about 7 million barrels per day. If its exports decline, the resulting demand-supply mismatch will have speculators (principally international finance) bidding oil prices up to astronomical levels. Consequently, the proposed price cap, going by the intentions of the U.S. and its allies, is meant to work by reducing Russian oil export earnings without reducing their magnitude.

Let us examine the US’ plan and that of its “allies” in detail. First, the ceiling price on Russian oil exports will be at a level that exceeds the cost of production of oil but below world oil prices. Second, the cap is meant to be enforced  principally through controls over shipping insurance dominated by firms based in the U.S. or its allies. It would be with the hope that if the price cap is successful, world oil prices and traded oil volumes will remain relatively stable, but Russia’s oil export earnings will decline.

If this decline is sufficiently large, the U.S. and its allies can expect Russia to change its posture in the conflict in a way they find acceptable. However, these hopes are unlikely to be realized for several reasons.

The U.S. has failed to convince OPEC to increase oil production, partly because of capacity constraints in coming years. Further, the U.S. currently lacks strategic wherewithal (the “unipolar moment” has passed) to “persuade” OPEC members such as Saudi Arabia to activate their limited spare oil production capacity. Now, Iranian oil exports are part of world trade but outside the framework of the so-called rules-based international order due to unilateral U.S. sanctions. Venezuelan oil production is also constrained by years of unilateral U.S. sanctions. In both countries, markedly increasing production capacity will require years of investment. Moreover, their oil exports will be more expensive for European buyers than Russian oil due to higher transportation costs.

This is why Russian oil exports are irreplaceable in world trade for years to come.

Let us also examine the likely consequences of attempts by the U.S. and its allies to enforce a price cap on Russian oil exports. Firstly, it will require a cartel of most actual and potential importers of Russian oil. China and India have effectively ruled out participating in any such exercise, using different idioms to articulate their reasoning. China is unlikely to accept a negotiation that strategically weakens Russia (the possible result if a price cap is effective) since this would be detrimental to China’s strategic standing vis-a-vis the U.S.

If India agrees to join this proposed buyer’s cartel, there could be at least two adverse consequences even if the price cap is effective. One, it could undermine India’s defense capacity, which disproportionately depends on Russian imports. Two, it could enhance the strategic proximity between China and Russia. This closeness could become antagonistic to India’s interests. Strategic proximity to the U.S. may not counterbalance it in the future.

Secondly, Russia could respond to attempts to enforce a price cap by partially withholding its oil exports, leading to a rise in world oil prices. If Russian oil prices are below world market prices but above the proposed cap, some countries would find it worthwhile to import Russian oil. It has been argued that stopping oil production may require repairs when production restarts. These expenses may deter Russia from partially curtailing oil production.

Thirdly, other countries that export oil or related commodities will rightly apprehend the success of the price cap as a strategy the U.S. and its allies can use against them should they stray from the “rules-based international order.” Therefore, they are unlikely to want to cooperate with the price cap idea. Further, if Russia exports all its oil at the capped price, as long as it is below the world oil prices, any adjustment of oil supply towards demand will involve only non-Russian oil producers.

The increased volatility in the earnings of non-Russian oil-exporting countries would make them not want to cooperate with the proposed price cap.

Fourth, it is unclear how shipping insurance companies based in the U.S. (and its allies) can monitor the actual price at which Russian oil is being exported. Suppose a country imports fertilizer and oil from Russia. The difference between the actual price of Russian oil and the capped price could be recorded in documents as part of the transaction value of fertilizer exports. Further, insurance companies in Russia or countries that import oil from it can provide insurance. It should not be very complicated since shipping insurance companies in the U.S. or its allies primarily provide “expertise” and are not the source of the premiums. It is also possible that oil traders could “blend” oil from Russian and other sources and label it non-Russian to operate outside the framework of any price cap. Further, they could use mid-ocean ship-to-ship oil transfers to mark Russian oil as having originated in other locations, making the price cap inapplicable to such cargo.

Fifth, it is not militarily feasible for the U.S. armed forces to impound ships carrying Russian oil exports since it would invite massive retaliation by the Russian Federation’s armed forces.

Sixth, Russia could retaliate against attempts to enforce a price cap on its oil exports in many other ways besides reducing production. For instance, contrary to reports in the mainstream media, Russia could escalate militarily in Ukraine without using nuclear, chemical, or biological weapons. The Russian Federation government may conclude that the negative fallout of defeating Ukraine militarily by using overwhelming conventional force is lesser than if it allows itself to be bound by a price cap.

Resisting attempts to enforce the price cap by dropping the relative restraint of its armed forces would lead to a steep rise in casualties and refugee inflows from Ukraine into Europe and the Russian Federation. The latter may calculate that a swift end to the armed conflict will change the “cost-benefit” calculations of the U.S. and its allies, making the proposed price cap lose its raison d’être.

Seventh, Russia is a leading primary commodity exporter. It could institute selective export restrictions of primary commodities against countries that seek to enforce the price cap. If these restrictions involve grains, fertilizers etc., it could greatly aggravate the world food crisis.

So we have a strong likelihood of Russian retaliation, an unwilling India and China, the impossibility of substituting Russian crude and gas, and unilateral sanctions raising rather than lowering Russia’s earnings. The proposed oil price cap does not seem worthwhile for those who propose it. It will likely be a strategic setback to the U.S., principally reflecting a fundamental feature of the contemporary international political economy—it is not strategically possible for the U.S. to successfully contend simultaneously with China and Russia.