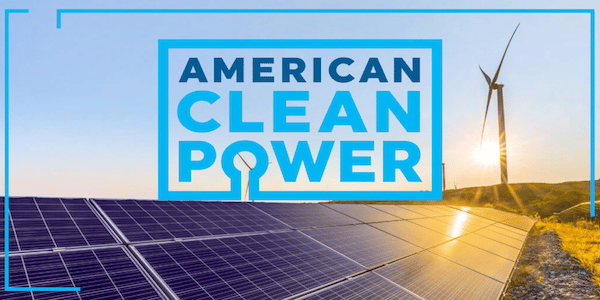 As Democrats attempt to depict their newly-released energy permitting bill as a climate “win,” they are being boosted by a “clean power” lobbying group with ties to the fossil fuel industry.

The American Clean Power Association, which presents itself as the voice of clean energy and is touting the bill as a way to boost renewables, is led by a former gas industry executive who had previously helped deregulate the industry as President Barack Obama’s energy advisor. Its board of directors also includes officials from electric and gas utilities that could be enriched by the legislation’s provisions to expedite fossil fuel pipelines.

Several prominent news outlets have already amplified the “clean power” association’s recent memo–which asserts that the legislation will “unlock clean energy, American investment, and jobs while protecting the environment.” But few have scrutinized that claim, examined the group’s motivations, or mentioned that its members could benefit from the bill’s pro-fossil fuel provisions.

“A leading renewables trade group says that without permitting reform, roughly 100 gigawatts of clean energy expected to be deployed by 2030 is at risk of not being built,” a New York Times climate reporter tweeted Thursday, citing the American Clean Power Association’s memo pushing the legislation. The lobbying group’s estimate was also cited in a Financial Times article about the clean energy industry’s support for permitting reform, as well as referenced in other major media outlets.

While the association does include clean energy companies, it is also one of many conduits for fossil-fuel-reliant corporations to try to position themselves as part of a green future.

In Congress, those conglomerates that own and rely on fossil fuels are spearheading the “all of the above” legislative strategy embodied by the Inflation Reduction Act and now adopted by the permitting deal, which would grant the president the power to designate 25 energy projects for quick federal approval. Both bills link clean and dirty power together as if they must grow in tandem, even as scientists warn that fossil fuel buildouts must end to stave off the worst impacts of climate change.

The American Clean Power Association plays a key role in this “all of the above” strategy. It is the environmentally friendly brand that sells permitting legislation as a climate victory by touting its benefits for clean energy interests–without mentioning that the bill is first and foremost an oil and gas infrastructure bill that could benefit parts of their members’ business that rely on fossil fuel.

The American Clean Power Association is led by Heather Zichal, a former natural gas executive who helped deregulate the gas industry as part of the Obama administration, before receiving a $1.1 million payout as a board member at a natural gas conglomerate. As a climate adviser to President Joe Biden’s 2020 presidential campaign, Zichal infamously declared that Biden was seeking a “middle ground” on climate policy.

Zichal joined the American Clean Power Association in December 2020, shortly after Biden was elected. The association’s announcement of her hiring said she “has had a long career battling global climate change and brings deep experience in the public and private sector,” without noting what that private sector work entailed: a seat on the board at Cheniere Energy, whose revenues are reliant on more domestic natural gas production for export across the globe.

Her website bio similarly does not mention her past role with Cheniere Energy.

The association’s board of directors is also stacked with executives from electric and gas utilities that could benefit from the permitting bill’s measures to ram gas pipelines through the federal government’s approval process.

The most prominent example is an executive from the utility giant NextEra Energy, which is leading the Mountain Valley Pipeline–a project that would specifically be fast-tracked under the bill. The permitting measure was negotiated by coal baron Sen. Joe Manchin (D-W.Va.) and Senate Majority Leader Chuck Schumer (D-N.Y.), who have together raked in more than $340,000 in campaign contributions from NextEra since 2017.

The Manchin-Schumer permitting bill says the Mountain Valley Pipeline, which would run through Manchin’s home state, is necessary to “reduce carbon emissions,” even though environmental groups estimate the pipeline will have the emissions equivalent of 23 coal-fired power plants.

A spokesperson for the American Clean Power Association did not answer specific questions from The Lever about how it substantiates its claim that the pipeline bill will boost clean energy.

“This was modeling done by our research and analytics team,” the spokesperson said, without providing further explanation.

Experts disagree on the extent to which the permitting legislation would actually unlock massive clean energy investments. An early draft of the legislation was emblazoned with the watermark of the American Petroleum Institute, an oil and gas lobbying group.

The American Clean Power Association has a web of ties to companies with a direct interest in passing legislation that speeds up the construction of fossil fuel infrastructure.

While some names on the association’s board work for renewable energy companies, the board includes executives from seven electric and gas utility companies, including NextEra, Duke, Dominion, Southern Power, Xcel Energy, American Electric Power, and Invenergy.

Duke Energy and Dominion Energy aimed to develop a natural gas pipeline from West Virginia to North Carolina, but scrapped the so-called Atlantic Coast Pipeline in 2020 due to costs and delays surrounding permits. The project, much like the Mountain Valley Pipeline, is one of several natural gas pipelines in recent years that won approval from federal regulators but failed to secure the necessary permits–the exact type of project the Manchin-Schumer legislation aims to approve.

Duke Energy has also been pushing for the Mountain Valley Pipeline, as the company is planning to build a fleet of natural gas plants that would rely on the pipeline’s service.

Other American Clean Power Association members include Bank of America, one of the biggest bank financiers of fossil fuels; Berkshire Hathaway Energy, a holding company that owns utility, natural gas, and clean energy companies; and Google, one of the largest corporate purchasers of renewables that is also heavily invested in fossil fuels.

The Lever asked an American Clean Power Association spokesperson in an interview about how its members would benefit from fast-tracked pipeline approvals.

“We don’t have any interest in what happens with these natural gas pipelines,” the spokesperson said, adding: “We care about the deployment of clean energy.”

The American Clean Power Association argues that if Congress fails to enact Manchin and Schumer’s legislation, lawmakers will miss out on an opportunity to slash carbon emissions.

According to the lobbying group’s fact sheet, “Failure to act on permitting reform puts an estimated 100 gigawatts (GW) of clean energy projects at risk of significant delay, including over 40 GW of projects reliant on the siting and permitting of new transmission lines. These project delays would result in 550 million metric tons of additional carbon emissions this decade–equivalent to the annual emissions of 88 coal-fired power plants.”

Rob Gramlich, the president of Grid Strategies LLC, which conducts economic policy analysis of transmission and clean energy measures, told The Lever that the American Clean Power Association’s estimate is “in the range of what’s reasonable.”

Gramlich’s own analysis of the legislation found similar emissions reductions from the transmission provisions, but did not model the emissions impacts of the rest of the bill.

Still, there’s dispute over the extent to which the bill would actually unleash clean energy and transmission construction.

None of the research firms that analyzed the emissions impacts of the Inflation Reduction Act–the energy and health care spending bill that passed in August–have weighed in on the emissions impacts of this accompanying permitting reform bill. The head of one of those firms, Rhodium Group, said he thought Gramlich was overestimating the reductions of the transmission provisions of the bill. (Rhodium has its own fossil fuel industry ties and may have overestimated the positive impacts of the Inflation Reduction Act, according to reporting by The American Prospect.)

While constructing transmission lines is essential for connecting renewable energy resources like wind and solar to customers, and achieving emissions reductions, reforms to the approval process for transmission lines could be done through separate legislation.

Democratic leaders are planning to attach the permitting initiative to an unrelated spending bill that will need to pass by September 30, in order to avoid a government shutdown. Given opposition from at least seven Democratic Senate caucus members, the measure may need substantial Republican support to pass in the chamber and potentially in the House as well. On Thursday, Democrats scored their first Republican “yes” vote on the matter, as Manchin’s home state counterpart, Sen. Shelley Moore Capito, announced she would support the measure because it would fast-track the Mountain Valley Pipeline. No other Republicans have said they will vote for the permitting bill.