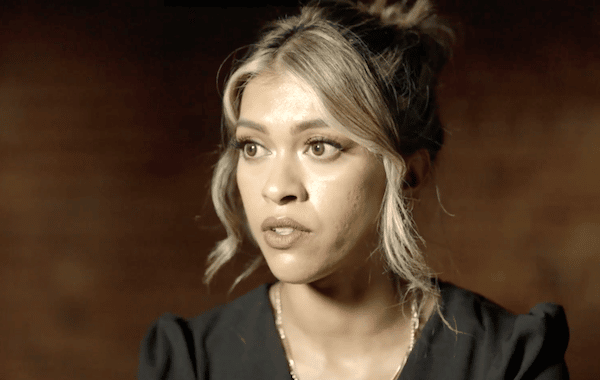 Labour officials laughed after learning that a member expelled for alleged anti-Semitism had died.

The callous incident is revealed in Saturday’s episode of The Labour Files, the second of a new three-part series by Al Jazeera’s investigative unit.

The elderly woman suffered a stroke and died soon after learning of her expulsion from the party—a disciplinary action Khan had implemented.

Staff gathered at a meeting afterwards even celebrated the woman’s death, according to Khan.

“In the meeting a senior officer had laughed and said ‘Look we’re anti-Semite killers now!’” Khan recalls. “The whole room broke out in laughter.”

“I just broke down,” Khan says. “I just didn’t know how to deal with something so horrendous. I blamed myself. It’s something that deeply, deeply impacted me.”

Khan worked in the party’s disciplinary team between 2019 and 2021.

While veteran Palestine solidarity activist Jeremy Corbyn was Labour leader between 2015 and 2020, a campaign of grossly exaggerated and fabricated anti-Semitism claims was whipped up as a major political weapon by his opponents—including the Labour right, as well as Israel and its lobby.

The campaign ultimately led to Corbyn’s political demise and expulsion as a Labour MP.

Khan also reveals that Labour staff were “instructed to scour through Facebook pages and social media pages of individuals we were looking for anti-Semitic material for. The word ‘Palestine’ was included as a search term, which was the thing that alarmed me the most.”

The full version of each episode will be available to watch exclusively online, with shortened versions broadcast on TV.

The trove of leaked Labour documents lays bare the bitter internal war fought by the right-wing Labour establishment to hold onto the reins of power after Corbyn was swept into the leadership on a tidal wave of grassroots enthusiasm. 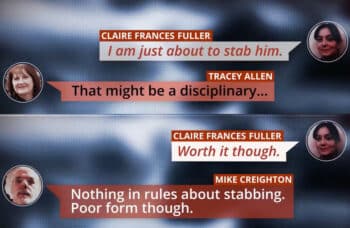 A January 2017 WhatsApp conversation among three senior Labour officials revealed in the second episode shows that Claire-Frances Fuller, then head of Labour’s internal governance, wrote she was “just about to stab” Corbyn.

Tracey Allen, a senior aide to the party’s then general secretary Iain McNicol, responded that stabbing Corbyn might result in “a disciplinary.”

Fuller shot back that it would be “worth it.”

Senior bureaucrat Mike Creighton demurred that there was “nothing in [the] rules about stabbing” but that it would be “poor form.”

“Iain’s got some great knives, but an ice pick would have a certain irony,” Allen replied, in a clear reference to the murder of Russian communist Leon Trotsky.

Jewish members of the party who supported Corbyn were subjected to horrific anti-Jewish harassment and violent threats over the phone, seemingly from pro-Israel activists unhappy with their support for Palestine and Corbyn.

Co-chair of Jewish Voice for Labour Jenny Manson plays back a voicemail calling her a “fucking Nazi bitch” who “should burn in the gas oven.”

Fellow JVL leader Naomi Wimborne-Idrissi recalls phone calls from a man who claimed to know where she lived and that he was going to “put me in a wheelchair.”

The final part of The Labour Files is scheduled to air on Monday.