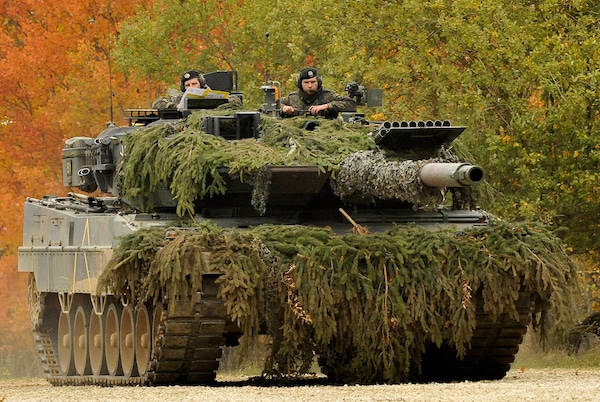 Just yesterday I laid out how the U.S. is winning its war on Europe’s industries and people.

That war, hidden behind the U.S. created Ukraine crisis, is designed to destroy Europe’s manufacturing advantage compared to the U.S. It is more likely though to strengthen the economic position of China and other Asian economies.

I have argued that Germany must open the Nord Stream II pipeline which can bring Russian natural gas to Germany without crossing other countries’ territory. It must also allow Siemens to repair the defect Nord Stream I compressors. It is in fact inevitable if German’s industry is to survive.

Others have come to similar conclusion and decided to sabotage the pipelines to make their re-opening impossible:

Three offshore lines of the Nord Stream gas pipeline system have sustained “unprecedented” damage in one day, Nord Stream AG, the operator of the network, said on Tuesday in what one German official has suggested is a “targeted attack”. Nord Stream 2 suffered a gas leak which was then followed by a drop of pressure on Nord Stream 1.The company also said that it was impossible to estimate when the gas network system’s working capability would be restored.

The simultaneous sub sea damage to three pipelines is obviously not an accident.

A German economy official told Tagesspiegel: “We can’t imagine a scenario that isn’t a targeted attack.”They added: “Everything speaks against a coincidence.” 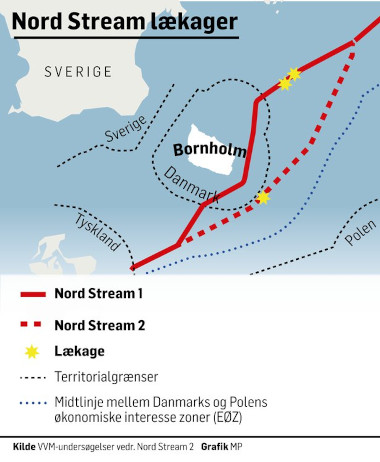 The war mongers at the British Telegraph claim without any evidence or logic that Russia is the culprit:

Russian sabotage to gas supplies to Europe is feared after three offshore lines of the Nord Stream pipeline system suffered “unprecedented” damage in a single day.
…
Russia has withheld gas supplies to Europe as it seeks to hit back for Western sanctions imposed for the illegal invasion of Ukraine. German newspapers reported sources saying the leaks were as a result of a “targeted attack”.

As stated in yesterday’s piece the claim that Russia is withholding gas from Europe is outright false:

Nord Stream II was created to make Germany independent from pipelines running through Poland and the Ukraine. Blocking it was the most stupid thing for Germany to do and thus chancellor Scholz did it.In the following months Poland blocked the Yamal pipeline which also brought Russian gas to Germany. Ukraine followed up with cutting off two Russian pipelines. The main compressor stations of the Nord Stream I pipeline, which the German company Siemens had build and has the maintenance contract, failed one after the other. Sanction are prohibiting Siemens from repairing them.

It is not Russia that has blocked its gas and oil from European markets. It were the German, Polish and Ukrainian governments that did it.

Russia would in fact be happy to sell more. Putin has recently again offered to push as much Russian gas as possible through Nord Stream II to Germany: …

If Russia were to cut pipelines in the Baltic Sea it would damage those that bring Norwegian gas to Europe, not the pipelines it owns and which give it some leverage.

Russia thus surely has no plausible interest in sabotaging the Nord Stream system. Others though do have such interests. They likely want Germany to ‘stay in line’ with their war to Decolonize Russia. The major potential actors behind this are the U.S., the British, the Ukrainian and the Polish government or a mixture of those.

Geography, and the shallow depth of the Baltic Sea, seem to exclude that a U.S. or British submarines did the damage. Ukraine does not have access to the Baltic Sea. Poland, which had already tried to prevent or hinder the Nord Stream II construction, is the most likely actor behind this though I doubt that it would dare to act alone.

Consider this from April 2021:

The developers of the Nord Stream 2 pipeline have accused foreign naval forces of “provocative” activity in the vicinity of construction work. The controversial pipeline is about 93 percent complete, and two Russian pipelay vessels are on station and working on the project in Danish waters.Andrei Minin, the branch director of Gazprom-run Nord Stream 2 AG, told TASS that “foreign warships and vessels were demonstrating higher activity” near the operation, and that “such actions are provocative and can lead to gas pipeline damage.” He also accused Poland of deploying a military M-28 patrol aircraft to survey the site.

“The Polish Navy is not conducting provocative operations and has been carrying out its statutory tasks in agreement with international laws,” responded the Polish Army’s central command in a social media post. “M-28B Bryza planes regularly conduct patrol flights in the Baltic Sea region.”

Poland strongly opposes the development of Nord Stream 2, which will give Gazprom a subsea alternative route for supplying natural gas to Western European customers. At present, that gas has to pass through overland pipeline networks in Poland and Ukraine, bringing in valuable transit fees and providing both nations—which do not always have cordial relations with Russia—a measure of energy security.

Poland has reacted angrily to President Joe Biden’s decision to waive U.S. sanctions on Nord Stream II, warning the move could threaten energy security across Central and Eastern Europe.“The information is definitely not positive from the security point of view, as we know perfectly that Nord Stream II is not only a business project—it is mostly a geopolitical project,” said Piotr Muller, a spokesman for the Polish government.

On February 7 Biden stated that he would decided if Nord Stream II opens:

After both leaders appeared to avoid mentioning the pipeline, under repeated questions from reporters at an afternoon press conference, Biden, standing next to the German chancellor said Nord Stream 2 would not move forward if Russia invades Ukraine, in a warning to Russian President Vladimir Putin of potential economic consequences.”If Russia invades, that means tanks or troops crossing the—the border of Ukraine again, then there will be—there will be no longer a Nord Stream 2,” Biden said during the press conference with Scholz, who did not go as far as Biden, but insisted the U.S. and Germany remain “absolutely united.”

On February 27 Biden sanctioned the company owning the pipeline.

Under its current rightwing leadership Poland has been extremely hostile to Germany. This month it even renewed is demand for war reparations from Germany, an issue that had been settle decades ago:

Poland’s top politician said Thursday that the government will seek equivalent of some $1.3 trillion in reparations from Germany for the Nazis’ World War II invasion and occupation of his country.Jaroslaw Kaczynski, leader of the Law and Justice party, announced the huge claim at the release of a long-awaited report on the cost to the country of years of Nazi German occupation as it marks 83 years since the start of World War II.
…
Germany’s Foreign Ministry said Thursday the government’s position remains “unchanged” in that “the question of reparations is concluded.”

“Poland long ago, in 1953, waived further reparations and has repeatedly confirmed this waiver,” the ministry said in an emailed response to a Associated Press query about the new Polish report.

It is high time for the German government to wake up and to recognize that a war has been launched against its country.

And no. It is not Russia that is waging it.