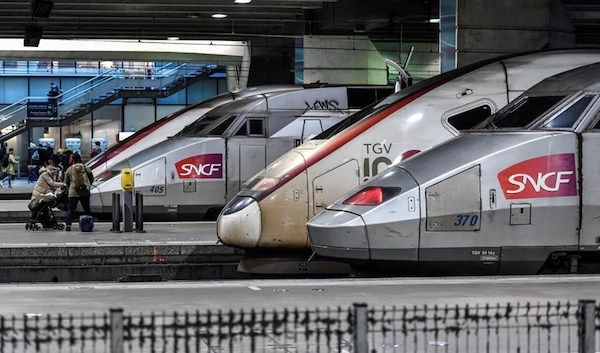 France is preparing to keep major disruptions expected on Tuesday under control, after unions called a nationwide transport strike, as they remain in a deadlock with the government over walkouts at oil depots, which have sparked fuel shortages.

The decision comes after workers at various refineries and depots owned by TotalEnergies opted to extend their strike.

Their strike has severely hampered fuel distribution throughout the country, but especially in northern and central France and the Paris region.

Motorists have hurried to fill tanks as an almost three-week-long fuel strike has crippled supply at just over 30% of France’s service stations, affecting all sectors of the economy.

President Emmanuel Macron’s government utilized powers to force some strikers back to open fuel depots, infuriating unions but upholding in the courts so far. “We will continue to do the utmost,” Macron said after a meeting Monday with ministers, adding he wanted the crisis “to be resolved as quickly as possible.”

Finance Minister Bruno Le Maire has stated that requisitioning powers will be required to restart the refineries and depots. “The time for negotiation is over,” Le Maire told the BFMTV broadcaster. “There was a negotiation, there was an agreement,” he added, referring to the agreement concluded last week between TotalEnergies and two majority unions, but which the hard-left CGT union rejects.

Philippe Martinez, president of the CGT, urged Monday that the government “meet around a table” with the unions to discuss raising France’s minimum wage. “Requisitioning is unacceptable and it’s never the right solution,” added Frederic Souillot, general secretary of the FO union which is also taking part in the day of strike action, the unions’ biggest challenge to Macron since he won a new presidential term in May.

The CGT and FO called for a statewide strike on Tuesday to demand greater wages and to protest government requisitions of oil infrastructure, which threaten to paralyze public transportation in particular.

Other unions and the public sector have also scheduled strikes to protest the impact of rising energy costs and overall inflation on the cost of living.

According to Transport Minister Clement Beaune, rail operator SNCF will face “severe disruptions” with half of the train services canceled. Suburban and bus services in the Paris region will also be interrupted, according to RATP, but the inner-Paris metro system should remain relatively unharmed.

Unions plan to bring out employees in industries such as the food industry and healthcare, according to CGT chief Martinez, who spoke to France Inter radio.

Their actions will likely set the tone for contentious autumn and winter as Macron works to achieve his hallmark domestic policy of raising the retirement age in France. However, the economic strain created by the war in Ukraine and the sanctions on Russia, along with Macron’s party’s inability to achieve an overall majority in June legislative polls, only adds to the magnitude of the task.

The latest strike called on tens of thousands to march in Paris on Sunday to express their anger and frustration at the rising cost of living.

It was called for by the left-wing political opposition and was led by the head of the France Unbowed (LFI) party, Jean-Luc Melenchon. Organizers said 140,000 people attended Sunday’s march.