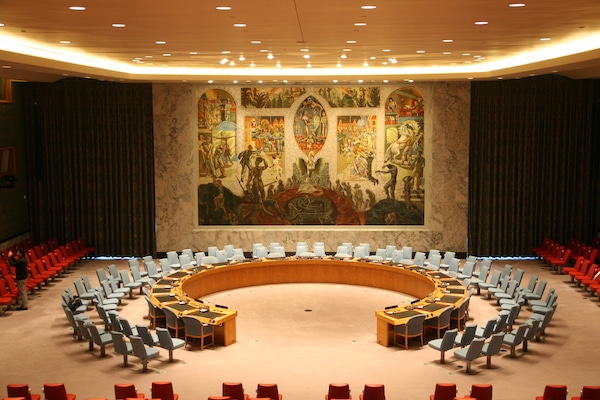 Russia brought its allegations that Ukraine is preparing to use an explosive mixed with nuclear material, known as a dirty bomb, to the UN Security Council on Tuesday.

Dmitry Polyanskiy, Russia’s deputy ambassador to the UN, said he was happy Moscow brought the issue to the Security Council. “I don’t mind people saying that Russia is crying wolf if this doesn’t happen because this is a terrible, terrible disaster that threatens potentially the whole of the Earth,” he said.

Ukraine and its Western backers have accused Russia of lying about the accusation, and Western officials have said Russia hasn’t shown any evidence to back up its claim. When asked about the lack of evidence, Polyanskiy said that Russia had shared intelligence on the issue with the West.

Also on Tuesday, Ukraine turned the accusation around and claimed Russia was working on a dirty bomb at the Zaporizhzhia Nuclear Power Plant (ZNPP), which has been under Russian control since March. Ukraine’s state nuclear operator Energoatom made the claim without offering evidence and only said it “assumes” Russia is “preparing a terrorist act using nuclear materials and radioactive waste” stored at the ZNPP.

The ZNPP has been the site of frequent shelling since it has been under Russian control. Ukraine has blamed the incidents on Russia, but Moscow has little reason to attack a nuclear plant that it controls.

The International Atomic Energy Agency (IAEA) said Monday that it’s sending inspectors to two locations in Ukraine where Russia claimed work is being done to create a dirty bomb. IAEA chief Rafael Grossi said the UN nuclear watchdog is sending inspectors at the request of Kyiv.

Moscow is claiming that Ukraine is planning to detonate a dirty bomb as a false flag to blame Russia for a tactical nuclear strike. The U.S., France, and Britain released a joint statement claiming Russia is making the accusation as a pretext to escalate the war.