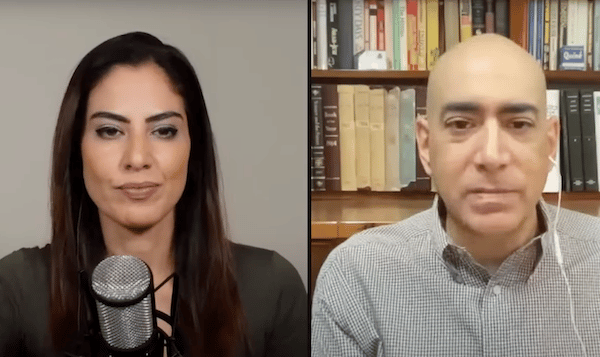 US Brings World to Brink of Nuclear Armageddon As Europe Self Destructs, w/ Ali Abunimah

Ukraine is losing the war and time is on Russia’s side.

You wouldn’t know it from the cheerleading propaganda that has filled Western media for months, but this is a fair conclusion from looking at the fundamentals.

That’s what I told Rania Khalek when I appeared on her BreakThrough News show Dispatches last week to talk about what remains an extremely dangerous crisis.

You can watch it above.

Soon after Moscow invaded Ukraine in February, the United States and the European Union imposed unprecedented sanctions on Russia, confidently predicting that they would turn the ruble into rubble and quickly bring Russia’s economy to its knees.

It hasn’t worked out that way at all.

The Russian currency is at its strongest level in years and Russia’s oil and gas revenues have surged.

Meanwhile, people in Germany scramble for firewood while in Poland many are forced to burn garbage just to stay warm as winter approaches.

One recent analysis, for instance, predicts that Germany could be forced to cut car production by as much as 40 percent in 2023.

The future looks even more grim after the bombing of the Nord Steam pipeline, almost certainly by the United States or its proxies.

Just as U.S. and European leaders grossly miscalculated their economic leverage over Russia, they appear to have overestimated their ability to challenge it militarily using Ukraine as their proxy.

Prominent Western war industry think tanks, such as the Center for Strategic and International Studies in Washington and the Royal United Services Institute in London are warning that NATO countries have simply run out of conventional weapons to send to Ukraine.

Meanwhile US “scouring” world for weapons for Ukraine. It even lifted arms embargo on Cyprus to try to get them to give their Russian weapons to Ukraine, risking destabilizing that country/fueling tension with Turkey—pushed by neocon pro-Israel group @FDD https://t.co/hQJEqoUTtr pic.twitter.com/pVZ4ArH43m

They suggest it would require a massive transformation towards a war economy—possibly taking years—to replace the weapons that have already been sent to Ukraine, let alone to produce enough for a sustained conventional war in Europe.

And as I told Khalek, there’s no sign that such a transformation is currently being attempted, or even could be done amid the growing political and economic crises in the West.

Meanwhile, as I noted in February prior to the invasion, Russia is in a strong position.

Reminder that the @JoeBiden administration, which is about to blow a gasket about Russia's recognition of the two breakaway republics, has still not rescinded Trump's recognition of "Israel's" illegal annexation of occupied Jerusalem and the occupied Golan Heights.

It has vast and effectively limitless energy resources, it is one of the world’s top wheat producers and has a formidable military industry.

It is fighting what most Russians would see as an existential war close to home, which means it will be able to mobilize resources and people for a potentially long conflict.

What Russia lacks, especially in manufactured goods, it can obtain from China, which cannot afford to let Russia lose.

Beijing knows that if NATO prevails, it will be vulnerable to the West’s anti-China governments causing trouble for it, not least in Taiwan.

These realities mean that NATO strategy amounts to daydreaming that Russia will run out of munitions, or that a coup in Moscow will replace President Putin.

But there is one other horrifying possibility.

In the absence of a real prospect of an exhausted Ukraine being able to defeat Russia, I told Khalek that there is more and more talk of tactical nuclear weapons—or possibly a “dirty bomb”—being used to try to change the balance on the battlefield or force more Western intervention.

While Western media claim it is Russia threatening to use nuclear weapons, it is Ukraine and its leaders who are pushing in that direction.

Ukraine is only getting more desperate as the Democrats—who have been willing to write check after check to Ukraine—look likely to lose control of Congress in U.S. elections next month.

(Although high-profile right-wing Republicans have been making antiwar noises, those need to be taken with a huge pinch of salt. No matter who wins the elections, the war party always remains in charge in Washington).

No one survives a nuclear war

Any sober analysis would indicate that the way out of this horrible war is what it always was: through high-level negotiations.

This is not only to avert more disaster for Ukraine and its people, but because the chances of a nuclear war, whether intentional or through miscalculation, are simply growing too high.

Recall that the war did not start in February, but in 2014, when the U.S. supported neo-Nazis to carry out a coup in Kiev and sparking the war in the eastern, mostly Russian-speaking Donbas region.

That was the final straw for Russia, which had swallowed several rounds of NATO expansion in violation of Western pledges at the end of the Cold War.

Russia had made clear for years that it would not tolerate Ukraine being turned into a forward NATO base and that Ukraine should remain neutral.

That is still the basis for ending the madness. But instead, there has only been more reckless talk of escalation.

I told Khalek that in the 1980s, people still lived in the shadow of sudden nuclear destruction, a reality brought home by the 1962 Cuban Missile Crisis and the 1983 NATO exercise Able Archer, which the Soviets thought was cover for a real attack.

There was the movie The Day After, which brought to tens of millions of homes the reality that there would be no surviving a nuclear war and the nuclear winter that would follow.

These movements helped bring about the 1987 Intermediate-Range Nuclear Forces treaty which eliminated thousands of shorter range nuclear weapons from the European continent.

That treaty banned national anti-missile defense systems that could undermine the grim logic of Mutually Assured Destruction—the guarantee that if one superpower attacked the other the response would be so costly that no one would ever dare launch a nuclear first strike.

In Europe there appears to be no leadership or even an intellectual class willing or able to stand up to a war-crazed consensus bent on inflicting suffering on the continent’s people in order to support a clique in Kiev motivated by a 1940s-style Nazi ideology.

Germany, the most powerful European country, has rolled over as its ostensible ally, the United States, almost certainly bombed its key energy pipeline.

Instead of standing up for their own peoples’ interests, European leaders, increasingly detached from any democratic accountability, comfort themselves that they live in a garden, while the rest of the world is a jungle—an attitude as delusional and dangerous as it is racist and colonialist.

There are some glimmers of sobering up.

French President Emmanuel Macron has publicly voiced the growing resentment at how Europe—having been cut off from cheap and plentiful Russian energy supplies—is being price-gouged by U.S. energy producers.

American intelligence agencies, through their mouthpieces such as The New York Times are now starting to signal that Ukraine has “little chance” of defeating Russia on the battlefield.

And several dozen Democratic lawmakers wrote to President Biden with a timid call for negotiations with Russia.

But at the first whiff of pushback from the war party, the lawmakers—many among them alleged progressives—withdrew the letter urging a ceasefire in Ukraine in a show of spinelessness astonishing even for Democrats.

Still, even if these hairline cracks in the pro-war camp aren’t enough to force a change now, they are likely to grow.

With the threat of nuclear destruction only becoming more real, any signs of hope are welcome.