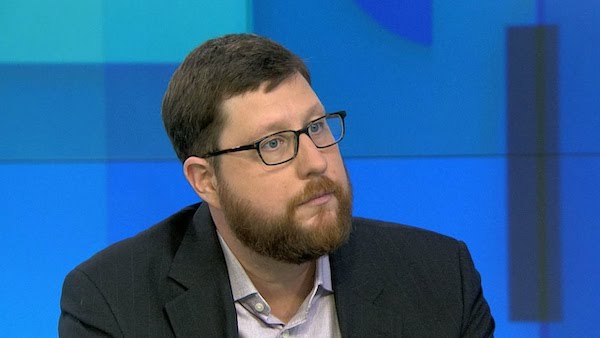 This past June, Senator Bernie Sanders’ foreign policy adviser Matt Duss (an alumnus of the Saudi-and UAE-funded Center for American Progress) published a widely discussed essay in The New Republic in which he declared that American liberals and progressives need to prioritize expressions of “solidarity” with Ukraine over policies that might put an end to the bloodshed.

In this Duss, a reliable weathervane of liberal opinion, is hardly alone among  liberal commentators and policy practitioners, after all, Democrats on the Hill unanimously voted for each of President Biden’s billion dollar aid packages to Ukraine.

What accounts for the enthusiasm for war in Eastern Europe against Russia among American liberals?

A seminal essay by the late scholar of France and Central Europe, Tony Judt, titled “Silence of the Lambs: On the Strange Death of Liberal America” (2006) may put the current mania in perspective. Because of their insatiable need for approval, liberals like Duss are prone to drift in the direction the winds are blowing, and never is that more true when the opportunity to cheer on American intervention in “a good war” presents itself.

Judt, writing in the aftermath of the decision by George W. Bush to wage an unnecessary and illegal war of choice in Iraq, noted with dismay that in the run up to the March 2003 invasion, many of the country’s leading liberal voices eagerly went along for the ride. “A fearful conformism gripped the mainstream media,” wrote Judt.

And America’s liberal  intellectuals found at last a new cause.

Liberals saw in the battle against Saddam Hussein’s Iraq “a Good Fight, reassuringly comparable to their grandparents’ war against Fascism and their cold war liberal parents’ stance against international Communism.”

they assert, things are clear. The world is ideologically divided. As before, we must take our stand on the issue of the age. Long nostalgic for the comforting verities of a simpler time, todays’ liberal intellectuals have at last discovered a sense of purpose.

Back then, it was the war against Islamo-fascism. Today, liberals (and neoconservatives with whom they invariably ally themselves when it matters most) have divided the world up into “democracies and autocracies” and the war in Ukraine has handed them a renewed opportunity to display their mettle.

In this Duss, though prominent by way of his connection with the serial presidential also-ran, is representative of liberal and progressives who for much of the past several years have been unstinting in their criticism of America’s illegal and immoral adventures in the Greater Middle East but who now have fallen silent.

In a sense, the enthusiasm of self-righteous American liberals for an American crusade against Russia makes a good deal of sense given the current mania for spreading, indeed, imposing, specifically American-style “rights” abroad.

According to Duss, the Biden Administration “clearly did not seek this war, in fact, they made a strenuous and very public diplomatic effort to avert it.” Yet this assertion is contradicted by State Department counselor Derek Chollet who admitted in a recent interview that the U.S. never seriously considered negotiations over the core demands of Russia’s December demarche which called for a non-aligned Ukraine.

Duss also praised the administration for having “acted with restraint and care not to get drawn into a wider war with Russia.” Duss may have a different definition of restraint than most, because in just the last week reports have surfaced that the administration is in the process of sending to Ukraine four MQ-1C Gray Eagle drones that can be armed with Hellfire missiles; High Mobility Artillery Rocket System (HIMARS) that could potentially hit targets inside Russia; long-range M270 multiple-rocket launchers (MLRS); and M109 self-propelled howitzers.

Ukraine, as even Volodymyr Zelensky now admits, has lost a fifth of its territory and is losing soldiers at a rate of 60 to 100 men a day (knowledgeable sources in Washington speculate the Ukrainian losses are at least double the losses of the Russians).

Solidarity or whatever Duss says he’s calling for, is no substitute for a strategy based on U.S. national interests. A continuation of this war, which is Biden’s current policy, poses unacceptable risks of escalation and only promises a continuing loss of life.

James W. Carden is a member of the board of ACURA.