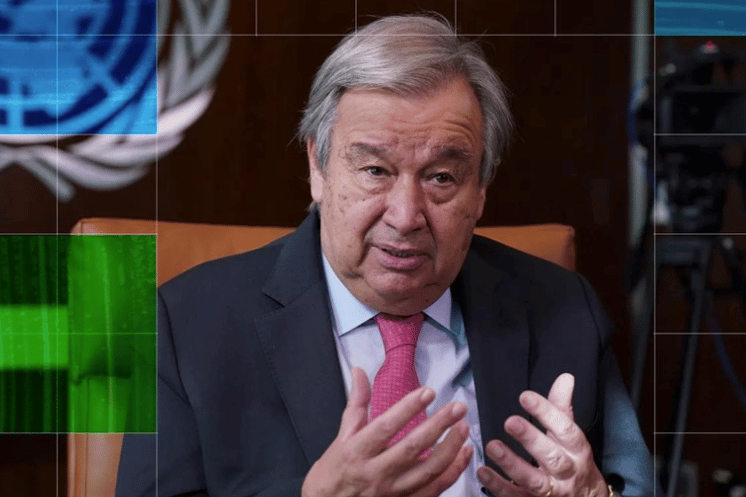 The UN Secretary-General, António Guterres, warned in an interview for The Guardian, that unless wealthy nations and developing nations make a “historic pact” on climate change, “we will be doomed.” This comes as climate negotiations are on the verge of collapse due to a widening gap between rich and developing nations.

The stern warning comes as world leaders begin to arrive in Sharm Al-Sheikh, Egypt, for the UN COP27 climate summit, which begins on Sunday but which even the hosts acknowledge will be the most challenging in at least a decade.

COP27 will take place amid the worst geopolitical tensions for years, over the Ukraine war, a spiraling global cost of living crisis, and deepening economic gloom.

Guterres said if humanity is to have any chance of averting the worst effects of climate breakdown, the gap must be closed. “There is no way we can avoid a catastrophic situation if the two [the developed and developing world] are not able to establish a historic pact,” he told The Guardian in an interview on the eve of the summit. “Because at the present level, we will be doomed.”

The developed world hasn’t reduced greenhouse gas emissions quickly enough, and it hasn’t given developing countries the resources they need to deal with the harsh weather that has resulted. According to Guterres, the main concern during the discussions is the obvious climate injustice between the wealthy—who produce the majority of emissions—and the underprivileged—who suffer from the most from the effects.

“Present policies [on the climate] will be absolutely catastrophic,” he said. “And the truth is that we will not be able to change this situation if a pact is not put in place between developed countries and the emerging economies.”

#Climatechange continues to exacerbate extreme hunger in several countries, most of which are #African, as the #COP27 nears. pic.twitter.com/qstectG14Q

Guterres drew criticism from some quarters for his increasingly stark rhetoric on the climate crisis, using connotations such as “collective suicide”, “carnage” to come, and “code red” for humanity to describe the situation. However, he stressed that given how serious the current state of the climate emergency was, he would not back down from using ominous language.

Tipping points are thresholds that, when crossed, have cascading effects on the climate system. They include the permafrost melting, which releases methane, a potent greenhouse gas that intensifies warming, and the drying Amazon rainforest, which will soon transition from being an absorber to a source of carbon, which experts believe is imminent.

“We are getting close to tipping points that will create irreversible impacts, some of them difficult even to imagine,” he warned.

He called on the U.S. and China to rebuild their fractured relationship, which deteriorated more this year, but which Guterres said was “crucial” to climate action. “It needs to be re-established because without those two countries working together, it will be absolutely impossible to reverse the present trends,” he said.

At the opening of the COP27 conference, Guterres will gather world leaders with the help of the Egyptian government in an effort to save a doomed set of climate discussions. The conflict in Ukraine has strained geopolitical ties, and there has been a problem with the global cost of living as a result of rising food and fossil fuel prices, as well as the failure of nations, including the UK, to keep their commitments made at the COP26 conference in Glasgow last year.

The accord Guterres has in mind would force major economies to increase efforts to reduce greenhouse gas emissions and to give developing nations access to financial support. To regain “faith”, he added, this was necessary.

During climate negotiations, a lack of trust equates to a lack of funding. By 2020, wealthy nations were expected to provide at least $100 billion annually to help developing nations reduce their greenhouse gas emissions and prepare for the effects of the climate issue.

But despite the fact that impoverished nations are already experiencing climatic calamities like record-breaking floods in Pakistan and record-breaking drought in Africa, the target has consistently been missed and will be missed once more this year.