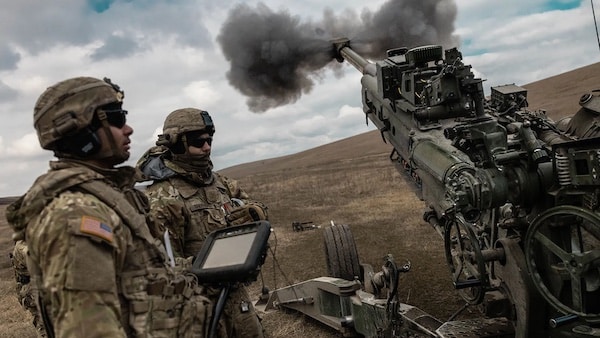 This is the speech that Multipolarista editor Ben Norton delivered at the International Manifesto Group event commemorating the one-year anniversary of the publication of its manifesto “Through Pluripolarity to Socialism.”

I think we should understand that the moment that we’re living in, historically, is extremely important. It has become a cliché to say that we’re in a watershed moment, but I do think that is true.

I’ll start with the latter. I think we’re in a moment in which it is widely recognized throughout the imperial core that there is a fundamental crisis within the capitalist world system, that bourgeois liberal democracy is fundamentally in crisis and significant decline.

We see living standards plummeting in the United States, for instance. We have seen multiple generations now have lower life expectancies than their parents.

We see that, especially with the disaster of Covid, in which more than 1 million people died in the United States alone, that life expectancy decreased by several years, especially for marginalized and oppressed communities, Black Americans, Latinos, indigenous nations.

And of course we see in Europe a significant crisis. We see entire economies are being threatened with recession. We see industries in Germany are going to go bankrupt because of the economically suicidal policies in which Europe is trying to break off all of its economic relations and energy trade with Russia, basically in the span of a few months, and of course this is a policy that is largely being pushed by U.S. imperialism.

In this moment of extreme crisis, there are two responses: socialism or barbarism. This is the exact crisis, the exact kind of analysis, that Rosa Luxembourg discussed 100 years ago. The alternative routes are socialism, or more barbarism.

And I think at this moment unfortunately, the reality, especially in Europe, is that barbarism—that is fascism—is significantly on the rise.

Because the reality is that we have seen an attempt to co-opt and exploit that anti-war sentiment that is quite popular among working people in the so-called West, in the imperial core, and try to direct that energy toward the far right.

We see that with the very cynical rhetoric of people like Donald Trump. We see that also in Europe with people like Marine Le Pen and other far-right leaders.

And there is I would say unstoppable momentum moving toward the creation of a multipolar world.

Of course we see that U.S.-led imperialism is trying to halt that, through the creation of a bipolar world, by waging a new cold war. That is the point of this new cold war.

And we have seen extremely aggressive statements, not only from the most recent two U.S. presidents, Donald Trump and now Joe Biden, who have threatened war with China in order to support secessionism in Taiwan; who have imposed more and more aggressive sanctions on the People’s Republic of China; we see now an economic blockade on Russia.

But also, at the same time, we see that, within other parts of the Global South that are moving toward this multipolar world, there is a clear attempt to try to divide those forces among themselves. We see this especially in the contradictions between India and China, and of course India and Pakistan.

So there are internal contradictions that are being exploited by imperialism.

But I want to briefly highlight some comments that were made by the European Union.

Of course, in this imperialist partnership led by the United States, the European Union is largely a junior partner in the imperialist world system dominated by the U.S.

And we saw a speech that was given–a shocking, blatantly racist speech–given by Josep Borrell, who is basically the foreign-policy chief, the de facto foreign minister of the European Union.

This was a speech he gave on October 13 at the inauguration of the EU ambassadors conference in Brussels.

He said that Europe is a beautiful “garden,” and that we need to protect that garden from the evil barbarians in the rest of the world, who are a “jungle.”

This shows that this neocolonialist mentality is still very much alive in the European ruling class.

He said that the rest of the world is a “jungle,” and they threaten to “invade” us–which is of course incredible projection considering that Europe, the European colonial powers, have 500 years now of invading every corner of the planet, overseeing some of the most violent, murderous empires in history, and genocide, and ethnic cleansing, and mass slavery.

So we see that this neocolonialist mentality is alive and well.

That speech did get some attention, but what was also interesting is, three days before, Josep Borrell, gave us another speech at the inauguration of this diplomatic academy in Brussels, and the tenor of that speech was quite different.

He said this very clearly in his speech on October 10. I have a report on this; you can find the transcript at the official EU website.

He acknowledges that it was based on the subordination of the Chinese economy, and a captive market, and cheap consumer goods from China, as well as cheap energy from Russia, that was being exported to Europe.

And of course that cheap energy is what allowed European economies to be competitive. We see that now with the collapse of entire industries in Germany.

So this is an acknowledgment by one of the key players in the imperialist world system, the EU foreign-policy chief, that this unipolar imperialist order, which also is is co-determinate with the neoliberal system–neoliberalism being the phase of capitalism of U.S.-led unipolar hegemony, of the unipolar hegemonic domination of the capitalist world system by the United States and Europe.

We see this acknowledgment that that system could only have operated based on the subordination of China and Russia, and of course the rest of the world.

Now that China and Russia are no longer subordinated, now that they are independent powers—and by the way, now that they are strategic partners, and building a new Eurasian bloc—we see this fundamental crisis within the capitalist world system and within the imperialist bloc led by the United States and Europe.

And we also see a move toward fascism. And I’ll just end with that note. I think that’s the real danger that we need to grapple with.

We’re in this moment in which there is a fundamental institutional crisis of legitimacy of bourgeois democracy, of capitalism itself. And there are two responses: socialism or barbarism.

However, fascism has always portrayed itself as, Michael Parenti said, as a false revolution. It cloaks itself in revolutionary rhetoric against the so-called “globalists”—not the imperialists, the so-called “globalists,” which is of course very vague. It could be anti-semitic; it could refer to liberals, and people who support LGBT rights and who are against racism, and feminists.

It is very unspecific terminology that is used to co-opt this popular energy, that recognizes that these constant imperialist wars have devastated the world, and redirects that energy not against imperialism and capitalism, but against so-called “globalism.”

They’ll even say “ruling class.” We see Steve Bannon has talked about, has railed against the “ruling class”; but he doesn’t mean the capitalist class.

So we see these charlatans, these sophists, who try to co-opt that popular energy and redirect it toward fascism, toward scapegoating LGBT people, scapegoating oppressed nations, scapegoating especially in the United States Black people—we see an increase in white supremacy, and white nationalism, and so-called Christian nationalism being espoused by some of these fascistic U.S. politicians.

So I think it’s our responsibility to articulate a firm line against imperialism and war, but also a line against national chauvinism, against bigotry, and against capitalism.

And that, in this moment, it is completely necessary; it is extremely important.

Because we see a fundamental crisis also within the left, especially in the imperial core, that is not dissimilar to the crisis that led to the split of the Second International in 1916.

NATO is waging a war on Russia to destroy BRICS, to prevent the consolidation of the Shanghai Cooperation Organization and Eurasian integration, to prevent China and Russia from forming a coherent political economic bloc that will offer countries in the Global South an alternative path of economic development.

That is the war that they are waging. It is not like World War One, which was fundamentally an imperialist war over the colonies.

But we are in a moment that’s not dissimilar to the 1910s, in the sense that there are large parts of the left, especially in the imperial core, that have abandoned anti-imperialism, and have actually given the far right an opportunity to recruit by saying that they’re the ones who are against the so-called “globalists,” not the imperialists.

We see large parts of the left actually going along with imperialism, either tacitly or openly.

So it is a struggle against both of those tendencies: the far right, but also against the opportunist parts of the left who don’t support revolutionary defeatism, who see this war and say they want NATO, and fundamentally the imperialist bloc, to win this war, that fundamentally means the destruction of the attempt to build a multipolar world and the further consolidation of this unipolar world that is on its deathbed at this moment.

So I can’t stress how urgent that is at this historical moment. And fortunately I think the work that you all do, and I try to do, in organizations like the International Manifesto Group cannot be more important in this critical historical moment.

Thanks a lot for inviting me today.