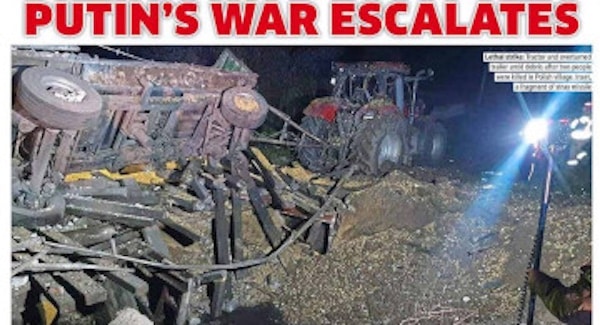 OSINTtechnical @Osinttechnical – 19:41 UTC · Nov 15, 2022The missile(s) that impacted Polish territory near the Ukrainian border very much looks like a 5V55K from the S-300. 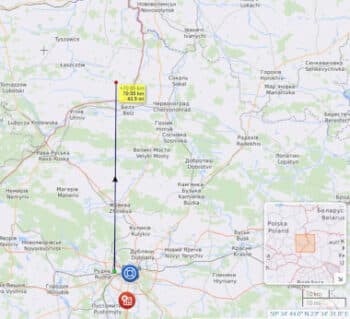 The 5V55K is an old Soviet produced missile (1978/82) for the S-300 air defense system that the Ukraine is using against Russian cruise missiles. Its nominal range in air defense mode is 75 kilometer. If it fails to hit its target the debris is likely to fall at somewhat around that range. Przewodow in Poland (50.47099 lat, 23.93432 lon) where the missile landed, is some 70 kilometer northward of Lviv in Ukraine.

Dmytro Kuleba @DmytroKuleba – 21:35 UTC · Nov 15, 2022
Ukraine government officialRussia now promotes a conspiracy theory that it was allegedly a missile of Ukrainian air defense that fell on the Polish theory. Which is not true. No one should buy Russian propaganda or amplify its messages. This lesson should have been long learnt since the downing of #MH17.

NUSA DUA, Indonesia (AP) — President Joe Biden said Wednesday it was “unlikely” that a missile that killed two in NATO-ally Poland was fired from Russia, but he pledged support for Poland’s investigation into what it had called a “Russian-made” missile.

It is good that no one of importance fell for this stunt.