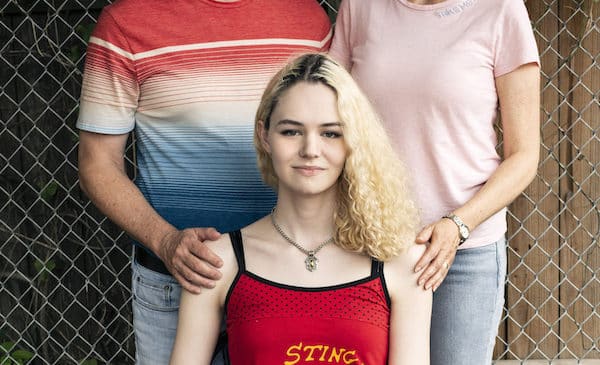 In 2021, Jesse Freidin began traveling across the country to photograph transgender youth for a photo project called “Are You OK?” He’s been to more than half the states in the country, meeting with dozens of trans kids.

In August, Freidin made his second visit to Texas. In the intervening year, legal and policy-based attacks on LGBTQ+ people in the United States have reached feverish heights. Governor Greg Abbott even launched child abuse investigations into parents who seek gender-affirming healthcare for their kids. Though nonprofits like Lambda Legal and the American Civil Liberties Union have responded with multiple lawsuits against the policy, which has been partially blocked in court, it still left many families fearing for their safety. Kai Shappley, a trans girl known for her outspoken activism, fled the state with her family a month before Freidin planned to photograph her.

Despite this growing moral panic around young trans lives, a few brave kids still feel safe enough to defiantly present their faces to the world.

“The ones who are so at risk but still want to speak out, still want to be in the fight and be public, they’re doing their own kind of activism,” Freidin said.

As a trans man, Freidin feels he can relate to the issue on a deeper level than the mainstream media;

I was so tired of seeing the same image of a trans kid we see in journalism all the time, which is typically by themselves looking sad, playing with toys on the floor.

Before he takes any photos, Freidin leads his subjects in a breathing exercise designed to help “come into ourselves and hold space for each other.”

Each portrait follows a similar formula: the young trans person in focus, seated and looking right at the camera. Behind them stand family members, photographed below their shoulders so that their faces are unseen, but exuding support with a touch.

“I want to make a portrait that’s solely about strength and power and joy and, you know, the authenticity and self-knowledge of these kids—because they know who they are,” Freidin said.

The photos, a selection from Freidin’s 2022 trip to Texas, are accompanied by quotes from the interviews he conducted with each trans kid and their family.

Kit O’Connell is the Digital Editor at the Texas Observer. Their work has also appeared in the Austin Chronicle, Truthout, and Yes! Magazine, among others.