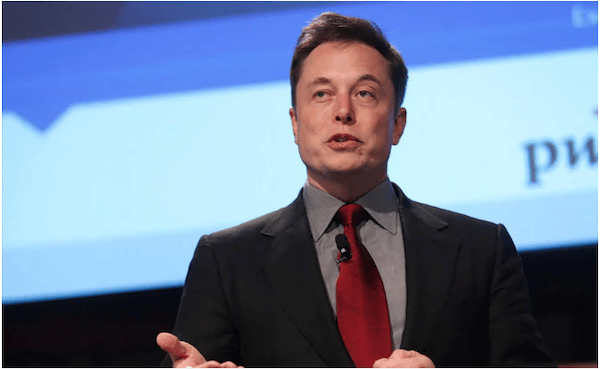 Elon Musk’s medical device company Neuralink has killed around 1,500 animals, including more than 280 sheep, pigs and monkeys, in experiments since 2018 and is under U.S. federal investigation for potential animal welfare violation.

According to dozens of Neuralink records reviewed by Reuters and interviews with more than 20 current and former employees, the company is facing staff backlash over animal testing and complaints that CEO Musk is pressuring them to accelerate development, which has resulted in botched experiments.

Neuralink is building a brain chip interface that can be implanted within the skull, which, it says, could eventually help disabled patients to move and communicate again, and also restore vision. The chip processes and transmits neural signals that could be transmitted to devices like a computer or a phone.

First @Neuralink product will enable someone with paralysis to use a smartphone with their mind faster than someone using thumbs.

The U.S. department of agriculture’s (USDA) inspector general at the request of a federal prosecutor is probing the San Francisco and Austin-based company—which also aims to cure neurological disorders, such as Alzheimer’s and dementia—two sources with knowledge of the investigation told Reuters.

The probe, one of the sources said, focuses on violation of the Animal Welfare Act, which governs how researchers treat and test some animals, the exclusive Reuters report reveals.

In February, animal rights group Physicians Committee for Responsible Medicine filed a complaint with the USDA accusing a Neuralink-University of California (UC), Davis, project of botching surgeries that killed monkeys and publicly released its findings.

The group alleged that surgeons used the wrong surgical glue twice, which led to the death of two monkeys while others monkeys suffered from different complications following the implants.

Neuralink acknowledged that it killed six monkeys, on the advice of UC Davis veterinary staff, because of health problems caused by experiments. It called the issue with the glue a “complication” from the use of an “FDA-approved product.” In response to a Reuters inquiry, a UC Davis spokesperson shared a previous public statement defending its research with Neuralink and saying it followed all laws and regulations.

A federal prosecutor in the Northern District of California referred the complaint to the USDA inspector general, according to a source with direct knowledge of the investigation. USDA investigators then inquired about the allegations involving the UC Davis monkey research, according to two sources familiar with the matter and emails and messages reviewed by Reuters.

The probe is concerned with the testing and treatment of animals in Neuralink’s own facilities, one of the sources said, without elaborating.

A spokesperson for the U.S. attorney’s office for the Northern District of California declined to comment.

Delcianna Winders, director of the Animal Law and Policy Institute, Vermont Law and Graduate School, said that it is “very unusual” for the USDA inspector general to investigate animal research facilities. Winders, an animal-testing opponent who has criticised Neuralink, said that the inspector general has primarily focussed in recent years on dogfighting and cockfighting.

Employees have alleged that Musk is pressuring them to repeat and increase experiments, which has resulted in an increasing number of animals being tested and killed.

According to U.S. regulations, scientists get significant leeway in determining when and how to use animals in experiments and there are no specifications on how many animals a company can use for research. Regulatory filings show that Neuralink has passed all USDA inspections of its facilities.

The number of animals killed in experiments is a rough estimate, the sources said, because the company does not keep precise records.

Musk and other Neuralink executives did not respond to requests for comment. A spokesperson for the USDA inspector general declined to comment.

Though the number of animals killed in experiments does not necessarily indicate that Neuralink has violated regulations or standard research practices, current and former employees said that the number is higher due to Musk’s demands for speeding up research.

The documents and employee interviews revealed that the testing staff was not adequately prepared due to increasing pressure and botched up four experiments involving 86 pigs and two monkeys in recent years. The mistakes weakened the experiments’ research value and required the tests to be repeated, which caused more deaths, three of the current and former employees said.

One employee wrote an angry message seen by Reuters earlier this year to colleagues about the urgent need to overhaul how the company organises animal surgeries to prevent “hack jobs.” The rushed schedule resulted in under-prepared and over-stressed staffers scrambling to meet deadlines and making last-minute changes before surgeries, raising risks to the animals, the message showed.

Musk, who is a hard taskmaster, has been pressuring Neuralink employees to speed up research. On February 8,the CEO sent employees a news article in an email about a Swiss electrical implant that helped a paralysed man to walk again. “We could enable people to use their hands and walk again in daily life!” he wrote. Ten minutes later, he shot off another email:

In general, we are simply not moving fast enough. It is driving me nuts!

According to three sources, they repeatedly heard Musk telling employees over the years that they had a bomb strapped to their heads to get them to work faster. A few years ago, when he said he would trigger a “market failure” at Neuralink unless they worked faster, some employees perceived it as a threat to shut down Neuralink, according to a former staffer who heard his comment.

Neuralink starts testing before fixing issues in earlier tests or drawing complete conclusions, according to five employees who were involved in experiments. It results in the testing and death of more animals, the employees, who had called for a more traditional testing approach, said.

A former employee who asked the management several years ago for more deliberate testing was told by a senior executive that it wasn’t possible due to Musk’s demands. Two employees quit over concerns about animal research.

Musk has said that Neuralink wants to conduct human trials within the next six months. But the problems with its testing have raised questions internally about the quality of the resulting data, three current or former employees said.

Musk’s is getting impatient after missing deadlines several times to get approval for humans trials and as some of Neuralink rivals are speeding ahead. For example, Synchron—which was launched in 2016 as Neuralink—is developing a different implant with less ambitious goals for medical advances and received the Food and Drug Administration’s approval to start human trials in 2021.

Synchron’s device lets paralysed people to text and type by thinking alone. Besides, Synchron has killed only around 80 sheep in experiments, according to studies of the Synchron implant reviewed by Reuters. Musk also approached Synchron about a potential investment, Reuters had reported in August. Synchron declined to comment.