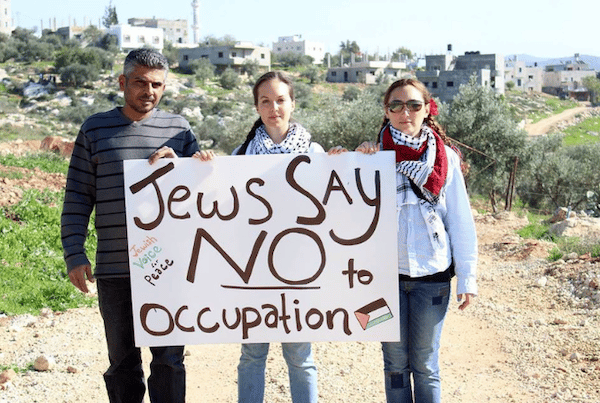 The definition of Israel as an Apartheid State by Amnesty International and Human Rights Watch is a maturation of a long process of framing and reframing the Palestine issue. The process was both political and academic. It began with a group of Palestinian scholars who formed, in 1965, the PLO Research Center in Beirut, and among them, academics such as Fayez Sayigh and Ibrahim Abu Lughod introduced the application of the settler-colonial paradigm to the Palestine case.

Later on, Uri Davis, in his seminal work on Israel, clarified the place of Apartheid within the means used by the settler-colonial movement of Zionism and the state of Israel for implementing the main logic of any settler-colonial project: “The elimination of the native”.

The work of the PLO Research Center helped to explain the difference between classical, exploitative colonialism and the settler-colonial variety that operated in North America, Australia, and other places, where the main objective of the European settlers was to displace, or eliminate, the native population and replace it.

A further development in the study of settler colonialism unfolded when in the 1990s a group of mainly Australian scholars (such as Patrick Wolfe and Lorenzo Veracini), interested in, and committed to, Palestine, identified further features of settler colonialism in our time: mainly its structural nature. In the case of Palestine, it meant that the same ideology that informed the 1948 ethnic cleansing and the Zionist wish to eliminate the Palestinians, is informing the siege on Gaza, the Judaization of parts of the West Bank and Greater Jerusalem, and the apartheid system inside Israel.

This research and later works by Palestinian scholars, and scholars interested in Palestine, also helped to clarify what happened to settler-colonial movements such as Zionism when they fail to fully implement their program of ethnic cleansing, as occurred in 1948. The objective of fully eliminating the native population does not disappear because of its failure; a failure, one should note, which was caused in 1948 by the resilience and resistance of the Palestinians, and assisted by the limited help they received from the Arab world, in particular from societies and less from the governments.

The fact that half of the Palestinian people remained in Palestine, despite the Nakba, and that Israel, in 1967, occupied the remaining 22% of the homeland that it did not manage to take over in 1948, meant that even a massive ethnic cleansing—like the one Israel perpetrated during the June ‘67 war and in the years ever since—has too failed to produce that “empty land” Zionists claimed existed before their arrival. Neither was it possible to establish a democratic state unless there was a willingness to be part of a genuine Palestinian and non-Zionist democratic entity.

Thus, quite absurdly, the failure of the 1948 ethnic cleansings led to the establishment of the Israeli Apartheid state, first within the pre-1967 borders, and nowadays all over historical Palestine.

One would have thought that this failure would have fully exposed the nature of the regime and the essence of the problem in historical Palestine. In a way, many African, Asian, and Arab states recognized this reality when they passed a UN resolution in 1975, equating Zionism with racism.

And yet, the West did not seem to grasp that reality, or did grasp it, but decided to ignore it. This denial was done in the name of two arguments: one was temporality—the apartheid Israel would cease to exist once there is peace with the Palestinians (and its absence was the Palestinians’ fault)—and second, and more importantly, that Zionist Apartheid in exceptional and should be exempted from international rebuke.

This was the success and the importance of the Zionist left, now in its final days. The Western political elite and media confirmed its insistence that whether it is colonialism, racism or Apartheid, if it is Jewish, it is unique and can not be treated as the same as when these attitudes and ideologies are subscribed to, or exercised by, Hindus, Muslims or Christians. This is why the oxymorons of a liberal ethnic cleanser, a progressive occupier, and an enlightened genocider were easily accepted by the West as viable.

This exceptionalism was crucial for the Jewish communities in the West, in particular the American Jews. They were able, through this twin argumentation, to conjure a “fantasy Israel”: a thriving democracy, where even racism, ethnic cleansing, genocide, and oppression are so unique that they do not spoil the dream.

The academic work that proved the scholarly validity of Apartheid Israel, the incredible work done by Palestinian human rights organizations, and the impressive success of the BDS movement, have all made it very difficult to sustain the “fantasy Israel” dream, that as long as Jews believe in it, they will continue to support Israel materially and morally.

The results of the last Israeli elections, the composition of the intended government, and its declarations so far of its future policies, have not only spoiled the dream, but they turned it, or should have turned it, into a Jewish nightmare.

Time will tell what the impact of this new development would be. But this is a moment of truth for Jews all around the world. The old arguments that claim that there are worse atrocities happening elsewhere, or that the Palestinians are to be blamed for the crimes committed against them, sound today so absurd and ridiculous that, indeed a younger, Jewish generation finds it more and more difficult to retain their past allegiance to Zionism or Israel.

We were never, and rightly so, content with German indifference to the Nazi crimes against the Jewish people. As individuals, or through institutions, we felt, we demanded compensation, recognition, and commitment to a non-racist and democratic Germany and Europe. Israel usurped some of these justified demands from the German people and abused them to immunize its policies against the Palestinians. Unfortunately, the German political system went along with this manipulation that violates the sacredness of the Holocaust memory and undermines the process of recognition and reconciliation.

But with this new government and its policies, and the huge support it enjoys in Israel for its fascism and racism and its plans of solidifying and legitimizing the Israeli Apartheid and colonization, can really any Jew with a modicum of decency in them continue to support and commodify the “fantasy Israel” that never existed and never will exist?

When crimes are committed in your name, even if you are not directly involved in them, it is incumbent on you, as a human being, to say: “Not in my name” and by that to yet another significant shift in the international commitment to Palestine and to a global willingness to save the Palestinians.

Ilan Pappé is a professor at the University of Exeter. He was formerly a senior lecturer in political science at the University of Haifa. He is the author of The Ethnic Cleansing of Palestine, The Modern Middle East, A History of Modern Palestine: One Land, Two Peoples, and Ten Myths about Israel. Pappé is described as one of Israel’s ‘New Historians’ who, since the release of pertinent British and Israeli government documents in the early 1980s, have been rewriting the history of Israel’s creation in 1948. He contributed this article to The Palestine Chronicle.