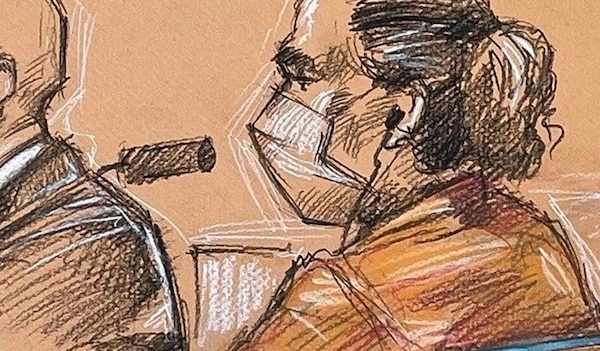 On Friday, December 23, U.S. Federal Judge Robert Scola of the Southern District of Florida ruled that the Venezuelan diplomat Alex Saab does not have the right to diplomatic immunity, as the U.S. government does not recognize the government of President Nicolás Maduro.

The ruling was reported by AP journalist, Joshua Goodman, on his social media account: “Federal judge denies Alex Saab’s motion to dismiss and determines the Maduro ally is not entitled to diplomatic immunity from criminal charges.” He also attached two pages of the fifteen page ruling with the post.

Apart from the non-recognition of the constitutional government of President Maduro, Judge Scola used three very controversial legal constructs in an attempt to support a ruling that was widely expected, one that shakes the fundamental principles of diplomatic relations embodied in the Vienna Convention on Diplomatic Relations.

• Saab Moran Was Not a Diplomatic Agent of Venezuela:

Only the President may determine ‘which governments are legitimate in the eyes of the United States and which are not[.]’ See Zivotofsky ex rel. Zivotofsky v. Kerry, 576 U.S. 1, 3 (2015); RESTATEMENT (THIRD) OF FOREIGN RELATIONS LAW § 204. It is clear that the United States does not recognize the Maduro regime to represent the official government of Venezuela. Instead, ‘[t]he United States recognizes Interim President Juan Guaid[ó] and considers the 2014 democratically elected Venezuelan National Assembly, which he currently leads, to be the only legitimate federal institution, according to the Venezuelan Constitution.’

In fact, Maduro’s regime has been deemed ‘illegitimate.’ Id. Accordingly, any claim to diplomatic immunity asserted by a representative of the Maduro regime must also be considered illegitimate.

• Diplomatic Immunity Under the VCDR [Vienna Convention on Diplomatic Relations]:

Yet, even if Saab Moran had carried some cognizable diplomatic status as a ‘special envoy’ of the Maduro regime, he would still not be entitled to transit immunity under the VCDR. The United States ratified the VCDR in 1972 and incorporated it into the DRA in 1978. See 22 U.S.C. § 254a(4). Neither the VCDR nor the DRA use or define the term ‘special envoy.’

Basically, the U.S. “justice” system is trying to demerit Alex Saab being a “special envoy” who is subject to diplomatic immunity because according to Scola’s interpretation a “special envoy” cannot be considered a “diplomatic agent” and thus cannot enjoys protections of the VCDR.

Next, Saab Moran argues that he is entitled to diplomatic immunity under customary international law. He begins this argument by pointing the Court to the UNCSM, which he says provides immunities for diplomatic agents on temporary or ‘special missions,’ such as himself. At the same time, he concedes that ‘the United States has not ratified’ the UNCSM, (Mot. 23), which means that the treaty has no force of law in this Court.

With this argument Judge Scola dismissed the weight of customary international law in this case, something that goes beyond whether the U.S. is a signatory of the UNCSM.

On Saturday, December 24, the Venezuelan government condemned Judge Robert Scola’s decision through a statement that was made public by the president of Venezuela’s National Assembly, Jorge Rodríguez.

“The decision of the judge of the Southern District constitutes an open and gross violation of the Vienna Convention on Diplomatic Relations, which ignores the international obligations assumed by the United States of America as a State party to that international instrument, including the duty to respect the inviolability and immunity of diplomatic agents in their transit between two States,” reads the statement.

Saab’s defense will appeal the ruling

Saab’s lawyer David Rivkin released a statement after the ruling, noting that the necessary evidence was presented to support that Saab had diplomatic immunity at the time of his arrest.

“We have put forward compelling and unrebutted factual evidence that substantiates his status,” the statement said. Rivkin also emphasized that Saab, as a special envoy, being the head of the mission, has complete right to diplomatic immunity according to the statutes of the Vienna Convention.

“In view of these facts, and under existing, binding legal precedents, his entitlement to diplomatic immunity is legally compelled,” the statement added.

Saab’s lawyers declared that they were not in agreement with the court’s decision and will appeal the ruling.

“We are disappointed that the District Court has reached a contrary conclusion, and intend to immediately take our appeal to the 11th Circuit,” the statement added.