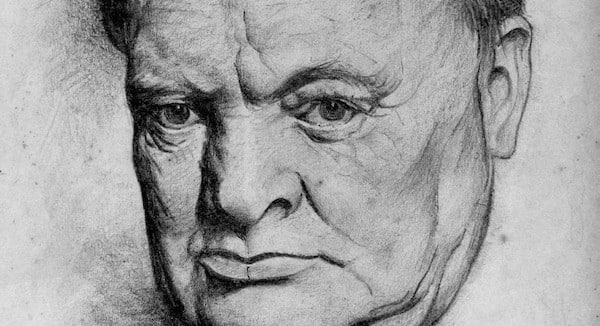 When I was about 10 years old, my first historical hero was Winston Churchill. I had a poster on my bedroom wall of his family genealogy. For many years I heard little or nothing bad about Churchill and could hardly have conceived it possible he was not as he seemed: the tough, wise, cigar smoking defender of all that was democratic and good. 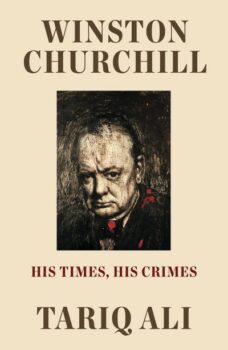 To this day, in the cultural milieux of North America at least, the image of Churchill is still overwhelmingly positive. His failure in the Dardanelles in the First World War is frequently commented on, and the odd rumbling might come through about his strike breaking or lack of concern for the British working class, but this does little to taint the general image.

But we live in an age of lies, and an age of liars. What is so outrageous about Churchill’s crimes is not simply the crimes themselves, but that they should have almost entirely been forgotten or, by many, not known to begin with. And this seems not to be because of hidden documents or destroyed evidence but rather, ideological hegemony that makes silence on certain well documented things extremely easy.

But this is North America of which I am primarily speaking. In Britain, as Tariq Ali makes clear, there have always been a great many people who detested Churchill, and with good reason. It is not for nothing he lost the 1945 general election, just when one might have thought his reputation as a war hero would have been at its height, and his political capital therefore the most negotiable. But the negative attitudes toward Churchill in Britain, according to Ali, have been heavily downplayed since the Thatcher years to create a kind of cult. It is the purpose of Winston Churchill: His Times, His Crimes to take issue with the image of Churchill this cult is built on.

Ali says in the introduction that this is no biography in the conventional sense. Certainly, as the subtitle suggests, the book is about Churchill’s times and crimes. But it is more about the crimes of the times than about Churchill’s offences, though the two are closely connected. Indeed, Churchill often seems less the subject of the book than someone heavily peppering the marginalia. In fact, though Ali’s book should be of undoubted importance to anyone who has an interest in the man, it should be seen as of value even for those who do not: it is in effect a kind of informal and non-systematic exploration of capitalist and imperialist actions in the British empire from the early to middle 19th century (and well into the 20th), and a view of class conflict during that time. A dominant theme here is the ongoing compromise of British labour with political or economic conservatism and the selling out of the aspirations of the working class and the bolstering of the imperialist project.

But indeed, there is nothing wrong with Churchill himself sometimes getting a little sidelined by his context. Much of the Churchill cult seems to have thrived by a manipulation of context: namely, a focus on his role in the Second World War. A broader context gives us a very different picture of him.

Where does one begin? There are the troubles in Ireland, the anti-communist military invasion through Archangel, the 1926 general strike, relations with Hitler, Mussolini, and Franco; there is also the horrific skulduggery Churchill took part in during the Greek civil war, plus his dark dealings in the wartime Bengal famine. Not to be forgotten are his dealings with Kenya, Iran, and Israel-Palestine.

The institutionalized poverty that characterized British rule in India and led to countless deaths is often underplayed or ignored by “culturalist” historians. The treatment of Bengal was particularly vicious, decades before the wartime famine. An official report… in Bengal for the year 1927/28 was unsparing in its details. A million and a half Bengalis were dying every year from malnutrition, curable diseases, and lack of health facilities.

Prior to the British colonization, as many modern historians have pointed out, Indian peasants and agricultural labourers were not the “half-naked beggars” that some later became during British rule.

Enter Churchill, in this context, referring to Gandhi as a “malignant subversive fanatic” and seeming to have had little regard for the people of India. A friend of Churchill, Leo Amery, said,

On the subject of India, Winston is not quite sane… I don’t see much difference between his outlook and Hitler’s.

As for the Bengal famine itself, it began when a series of natural disasters in 1942-43 damaged the harvest. This, however, was not so much the problem (the 1943 harvest being “only 5 per cent less than the average of previous years”) as that the British made the food inaccessible in order to prioritize the feeding of armies and those engaged in war production. Rice stocks were also seized in fear that advancing Japanese armies might get them. “The chief press adviser to the Bengal government did everything in his power to stop word of the famine from reaching Britain,” writes Ali.

One hesitates to ask the question, did all this carnage help the war effort? Ali does not explore this issue enough, and he should have, whether or not an affirmative to the question would justify the sacrifice. One gets the impression the famine achieved nothing in terms of fighting the war, however, and Ali does make it clear that the Japanese never got near enough to take the food supplies or transport the British were afraid they would have stolen. “In order to protect the Raj from a Japanese threat that never materialized,” Ali writes”

the British state sacrificed the lives of some five million people.

Given the veil of silence over the famine, both during its occurrence and up to the present day, as well as Churchill’s blatant contempt for India—“I hate Indians. They are a beastly people with a beastly religion”—it is clear the suffering of Bengal meant little to Churchill. Ali’s book, therefore, is a study in things that popular history leaves out. Another example is Greece.

Ali explains that throughout 1942 and 1943 the communist led Greek resistance had performed the tasks of fighting against the German occupiers with guerilla warfare and some truly astonishing mass actions. But Churchill was determined that due to the strategic nature of its location in the Mediterranean Greece should not go communist after the war. Ali speaks of “Churchill’s obsession with Greece and his ruthless determination to gain control there, however high the cost in both hardware and human lives. It was to offer one of the clearest views of imperialist banditry in action.”

Churchill decided that the resistance would be no part of a new Greek government. ELAS, the main resistance force, was to be disarmed and neutralized. British forces occupied the country. In the postwar period they supported and armed the Greek right, including those who had helped the Germans. “Even as D-Day was being celebrated in London, British troops were engaged in a brutal and bloody war against the Greek Resistance. A war that lasted two years and more.” The conflict cost 600,000 Greek lives from a population of seven million.

Severed heads and bodies of executed partisan leaders were casually displayed in public squares… By today’s standards and usages, the British Army and its Greek auxiliaries were guilty of serious war crimes, some bordering on genocide.

As with the Bengal famine, historical erasure did its work again. For example, in 1986 Britain’s Channel 4 Television a three-part documentary called Greece: The Hidden War. Under heavy pressure from the establishment, Channel 4 promised never to show the series again (it can be found now, however, on YouTube).

This is a classic example of how mainstream history has been heavily biased against the left: erasing from memory its highly admirable achievements and the crimes committed by a respectable bourgeoisie against it. Truly, there is abundant evidence to show that 20th century anti-communists have been very largely a rogue’s gallery (Donny Gluckstein’s A People’s History of the Second World War: Resistance Versus Empire, by the way, is a very revealing study of how left-wing resistance movements were thwarted by the victors of that war).

In effect, says Ali with reference to Churchill’s famous speech at Fulton, Missouri in 1946,

if the iron curtain had descended anywhere it was in Greece, and the person who had pressed the button to lower it was Churchill.

Like so many anti-communists, Churchill seems to have had a double standard for villainies committed by communists and so-called communists on the one hand, and others such as fascists.

For example, in 1936 the new ambassador for Republican Spain, Pablo de Azcarate, was introduced by Lord David Cecil to Churchill. Ali relates Paul Preston’s account of the encounter:

[A]lthough Azcarate arrived with a reputation as a highly respected functionary of the League of Nations, a red-faced Churchill angrily rejected his outstretched hand and stalked off muttering, ‘Blood, blood…’

This, despite the fact that most of the atrocities in the Spanish Civil War were committed by Franco’s side. These crimes seem not to have disturbed Churchill too much, for:

Churchill carried on supporting Franco both during and after the Second World War, almost single-handedly keeping him in power during the early post-war years. As in the case of Greece, here too Churchill’s actions were governed by what he regarded as British interests, his preference for fascism against ‘international Jews and communists,’ and his refusal to accept advice to the contrary from within the establishment.

Another example of history’s laundering of the image of anti-communists could well be the matter of Frances’ defeat in 1940. Aside from smug and ignorant American jokes about French military failure, why are things such as the following so seldom discussed in the popular histories?

In 1940, as the Panzer divisions assembled on the borders of France and Belgium, disorganization in the French military was complete and irremediable. But this was not just a technical or strategic deficiency. France was politically divided. The 1936 Popular Front government under Léon Blum had been attacked for being the French version of the “Bolshevik-Jewish conspiracy.” Many on the conservative right, hostile to Jews and communists alike, were mildly or strongly sympathetic to fascism. This included a majority of French military leaders. It was their refusal to inspire and lead their forces that led to an early French capitulation.

France’s swift defeat in 1940 has always been something of a mystery. Why is the above political explanation of France’s catastrophe not talked about more? Internet military history buffs and war nerds of all kinds (of which yours truly is one) discuss buttons and badges and fighter aircraft ranges and the correct shade of olive green for an M4A3E8 Sherman operating in Western Europe in 1945 until their faces turn blue, but relatively rarely is all this expertise—real and imagined—connected to macro politics: beyond conventional comments about why Hitler hated Slavs or Jews. There seems to be, in popular discussions at least, a big disconnect between military history and political and philosophical history at large.

Likewise, there is a great disconnect between Churchill’s popular image and the larger context of his life and times. Ali’s book very much illuminates the former with the latter.

J.W. Horton is a sessional instructor at the University of Manitoba in the Department of English, Theatre, Film & Media. He is also an essayist and fiction writer.