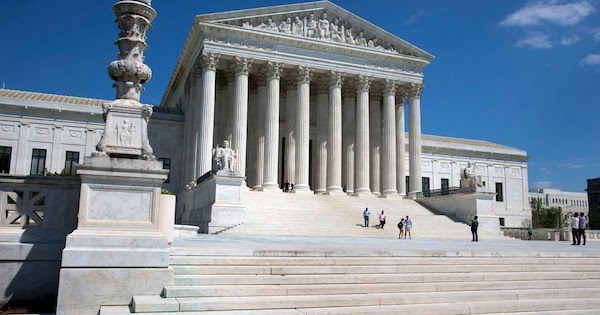 Since the passage of the National Labor Relations Act (NLRA) in 1935, workers in the United States have had the protected right to strike and to organize unions—and that protection has been a powerful tool. But a case the Supreme Court heard on Tuesday could upend that right, allowing employers to sue unions—and workers—for the impact of strikes, such as lost revenue or ruined products.

Glacier Northwest v. International Brotherhood of Teamsters concerns a 2017 situation in Washington State, in which workers at Glacier Northwest, a concrete manufacturing company, went on strike to protest delays in their contract negotiations. The crux of the case is that “if workers going on strike is going to cost the employer profits, not only does it jeopardize the right to strike, but [the workers] then have to pay the costs,” says Kate Bronfenbrenner, a senior lecturer at Cornell’s School of Industrial and Labor Relations and codirector of the Worker Empowerment Research Project.

Glacier alleges that workers who drove cement mixers timed their strike to begin after some trucks were loaded with cement, leaving nonunion employees to empty the mixers, or else let the cement harden into concrete, potentially damaging the trucks. Those nonunion workers poured out the concrete into “bunkers,” ultimately resulting in no damage to the trucks. But Glacier claims that the Teamsters Union is “liable for concrete product loss” because that concrete product dried and was wasted.

The company also claims that the strike was meant to “intentionally sabotage” the company’s operations. The Teamsters, in its comments to the Supreme Court, says it instructed drivers to leave their trucks running “so no concrete would harden in the mixing drums” and that the union “did not delay in clearly communicating the strike to Glacier.”

“The right to strike is crucial to the collective-bargaining process and allows a union to time a strike to apply substantial economic pressure,” the Teamsters wrote. The strike lasted for one week, and then contract agreements were reached.

After that resolution, Glacier sued the Teamsters in Washington State court, asking the union to pay for damages. The Washington State Supreme Court dismissed the case, saying they couldn’t apply state law to a dispute covered by the federal National Labor Relations Act.

The Teamsters then filed an unfair labor practice charge with the National Labor Relations Board (NLRB), which hears disputes between unions and employers; the NLRB council issued a complaint charging the company with unfair labor practices. As the union notes in its Supreme Court brief, the fact that the NLRB General Counsel issued a complaint establishes that the strike “is at least arguably protected” by labor law.

While the right to strike is protected by the NLRA, there are exceptions: A strike can’t violate a no-strike contract, and the U.S. Supreme Court has previously ruled that a “sit-down” strike, “when employees simply stay in the plant and refuse to work, thus depriving the owner of property,” is not protected by the law, nor are strikers allowed to threaten or use violence.

Historically, workers have gone on strike at times when it would affect a company’s bottom line, Bronfenbrenner says, like when inventory was low or during a particularly busy time for business. That pressure is part of the definition of a strike, she says. But there also have been times where employees have worked to not hurt customers with their work stoppages, like when healthcare unions make sure there are enough workers to rotate in for coverage or when transportation unions ensure people aren’t stranded by a strike.

If the Supreme Court sides with Glacier, unions and labor advocates worry that it could severely limit the leverage workers have and ultimately discourage workers from using the tool of striking. “If you take that away and say that if you cost the employer any profits, then the strike is illegal, then the right to strike disappears,” Bronfenbrenner says.

Because if you failed to cost the employer money, it’s an ineffective strike.

The Supreme Court heard the case on Tuesday, though it’s not yet clear when it will release a decision. NBC News reported that the court “indicated it would rule in favor” of Glacier. Bronfenbrenner says she wouldn’t be surprised if that were the case: “They have been reversing precedent on multiple fronts,” she says of this court, noting the Dobbs decision as well as a 2021 decision reversing a law that allowed union organizers to enter farms to speak to agricultural workers, overturning a 40-year precedent.

The strike case comes at an interesting time for the U.S. labor movement, when public support for unions is at its highest since 1965, with 71% of Americans now approving of labor unions. But that support may not mean much to this Supreme Court: A majority of the public also disproves of the court’s decision to overturn Roe v. Wade, with 62% of Americans saying abortion should be legal in all or most cases, according to a July 2022 survey.

To Bronfenbrenner, it’s not a coincidence the labor movement would get tamped down just as it’s gaining new steam; that’s happened historically. “Companies put a great deal of resources into electing Republicans who then appoint conservative judges, and it’s paying off,” she says.

In some cases, public sentiment is helping to support workers: In November, Illinois passed the Workers’ Rights Amendment, which adds language to the state constitution affirming the right to organize and collectively bargain. “Clearly, for that to pass, nonunion voters had to support it,” she says.

But she also expects more challenges to labor laws to come. Companies like Starbucks and Amazon have already been challenging the NLRB’s legitimacy and breaking labor laws, emboldened by minimal penalties that labor supporters say make the laws easy to ignore. “Given the strike wave and the organizing wave that has occurred, despite the weakness of our labor laws,” Bronfenbrenner says,

corporations are figuring out how to fight back.