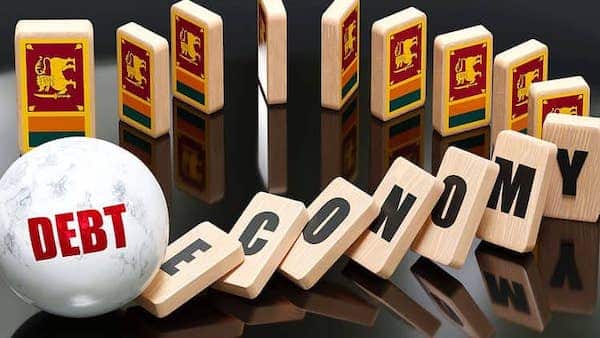 Sri Lanka faces crippling debt repayments of more than $31 billion in this decade, unless these are reduced by write-offs or restructuring (GoodIdeas/shutterstock.com/Social Europe)

This is a joint publication by Social Europe and IPS-Journal

In the 1920s and early 30s, John Maynard Keynes was embroiled in a controversy with the ‘austerians’ of his time, who believed that balancing the government budget, even in a time of economic volatility and decline and financial fragility, was necessary to restore ‘investor confidence’ and therefore provide stability. Keynes was horrified by the idea.

Zachary Carter’s brilliant biography notes that Keynes felt a package of government spending cuts and tax increases would be ‘both futile and disastrous’. It would be an affront to social justice to ask teachers and the unemployed to carry the burden of deflating a doomed currency, in the name of balanced budgets. Even worse would be imposing austerity on debtor countries, as American banks were then demanding of several European nations.

Keynes was concerned with more than just the lack of efficacy and adverse distributional effects of austerity. He worried that such measures would alienate working people, cause them to lose faith in their leaders and make them prey to right-wing demagogy and incitation to violence. His arguments were not heeded—and fascism in Europe followed. Deflation in Germany under Heinrich Brüning as chancellor left six million unemployed when Adolf Hitler assumed power in early 1933.

Nearly a century on—and after more than a hundred sovereign-debt crises—those in charge of global economic governance appear however to have learnt nothing. Those who do not learn from history are condemned to repeat it—and, sadly, the worst effects of their decisions are likely to be felt by others, not themselves.

Consider the approach being taken to the sovereign-debt crises which are now erupting in so many low- and middle-income countries. Effectively dealing with these requires timely, fair and considered action, designed to help economies grow out of debt rather than squeezing repayments through brutal economic means. Delays increase the size of the problem and add to human suffering.

Forcing austerity and ‘budget balance’ on countries already suffering from falling economic activity and employment merely exacerbates the decline and puts even greater pressure on already devastated people. Just as Keynes had foreseen in Europe in the 1930s, the resulting injustice and mass disaffection can have the most unpleasant, even deadly, political consequences.

Such potential fallout was recognised by ‘the international community’ when dealing with the massive sovereign-debt overhang faced by West Germany after the second world war (fascism having been defeated militarily at great cost). The major creditors of that country combined in 1951 to provide a package of debt relief, which should have offered a template for subsequent debt-management schemes. It involved outright cancellation of around half the debt, while limiting repayments on the remaining portion to 3 per cent of annual export earnings.

Contrast this with the treatment now being meted out to countries struggling with exploding debt burdens. For many repayment is difficult, if not impossible, because of forces beyond their control: the pandemic and its impact on their imports and exports; the price hikes in global food and fuel markets since the onset of the war in Ukraine; and the higher interest rates in the United States and the European Union, which have caused finance to flow back to those countries.

Over the previous decade, most low- and middle-income countries were encouraged to take on more loans, particularly via bond markets suddenly interested in more risky debt, because of persistently low interest rates in a world awash with liquidity. This was looked upon benignly by the International Monetary Fund and celebrated at the World Economic Forum (whose annual meeting starts today, at what it more soberly calls ‘a critical inflection point’ of multiple crises). For many countries, the trajectory was unsustainable from the start, but recent events have left even sovereigns deemed more ‘responsible’ facing repayment difficulties.

Indeed, it has been evident for at least three years that several countries face insolvency at existing levels of debt. Yet the international community, especially the G20, has been unacceptably slow in responding.

The Debt Service Suspension Initiative of May 2020 only kicked the can down the road, postponing the inevitable reckoning. The Common Framework for Debt Treatments was set in motion the following November. It sought to involve both public and private creditors in debt restructuring while taking into account debtors’ capacity to pay and enabling them to sustain essential spending. But not a single country has yet benefited, despite several already being in default or tipping into it.

The common framework is limited to low-income countries, which is a major restriction. Worse, for too many debtor countries, the IMF continues to require moves to balance budgets or even produce surpluses as quickly as possible, in return for providing tiny doses of immediate balance-of-payments support, as the negotiations with Sri Lanka indicate. This approach has to change, as a joint statement I among more than 180 economists and analysts have signed points out.

In addition, for debt resolution the problem goes beyond bringing all official creditors to the table—as already in Zambia and Chad. Rather, the concern is with private creditors. They have generally refused to participate and mostly continue to demand full repayment, even after benefiting significantly from the higher returns derived from the higher risk premia such debt carries. Even among public creditors, the steadfast refusal of the international financial institutions to reduce their own debt is increasingly hard to justify.

Meaningful debt resolution requires the active involvement of private creditors—which, if it remains voluntary, will simply not happen. Some of the action must shift to the legal and regulatory systems of New York and the City of London, where the vast bulk of international debt contracts are made. Regulatory changes in both jurisdictions could entitle sovereign debtors to treatment similar to that provided to private debtors, with provisions for debt write-off.

Without speedy resolution involving all parties, more debtor economies will face problems of not just illiquidity but insolvency. That will heighten inequality, instability and conflict within and between countries—in a script we really do not want to see play out again.