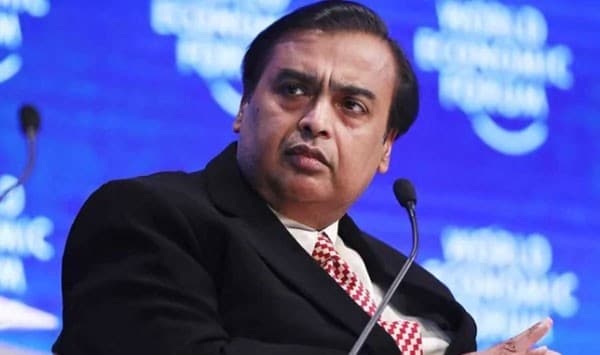 The pandemic period—March 2020 to November 2022, has been particularly profitable for Indian big business with the number of billionaires in India increased from 102 in 2020 to 166 in 2022. Their wealth surged by 121 per cent, which works out to about Rs 3608 crore per day in real (inflation adjusted) terms, the report says. India’s richest man has seen his wealth soar by 46 per cent in 2022.

The wealth of the top 10 richest persons in India is estimated at Rs 27.52 lakh crore, an increase of nearly 33 per cent from 2021. You can gauge the enormity of this by the fact that this can finance the ministry of health and family welfare and the ministry of Ayush for more than 30 years or it can finance India’s union education budget for 26 years or it can fund the Mahatma Gandhi National Rural Employment Guarantee Act (MGNREGA) for 38 years, the report points out!

Under the Modi government, India’s ruling classes have joined the ruling classes of the rest of the world in intensifying exploitation and earning super profits. Since 2020, the world’s richest 1 per cent have captured almost two-thirds of all new wealth—six times more than the seven billion people that make up the bottom 90 per cent of humanity, the Oxfam global report revealed. Billionaire fortunes are increasing by $2.7 billion a day, even as inflation outpaces the wages of at least 1.7 billion workers. Since 2020, for every dollar of new global wealth gained by someone in the bottom 90 per cent, one of the world’s billionaires has gained $1.7 million.

GIFTS TO THE RICH

The Modi government, blinded by the neoliberal dogma, has followed governments in most parts of the world in slashed taxes on the richest. In 2019, the Modi government reduced the corporate tax from 30 per cent to 22 per cent. It was estimated that with this one measure, about Rs 1.45 lakh crore worth of taxes were lifted from the corporate sections. Since the Modi government came to power eight years ago,  Rs 10.72 lakh crore worth of loans have been written off by banks, mostly public sector banks, which act on the directives of the government. This was revealed in an RTI reply to The Indian Express in 2021. Most of these loan write offs are for big amounts—over Rs 100 crore loans—which means this concession is again benefitting the corporate sector. Besides these gifts, Modi Sarkar has been selling off valuable industrial assets and infrastructure to the corporate sector at much discounted prices. Between 2014-15 and 2021-22, the government sold off various public sector enterprises (partly or fully) for Rs 4.86 lakh crore to various private bidders. In addition, Modi sarkar has come up with an even more brazen sale programme—it is planning to ‘lease’ out Rs 6 lakh crore worth of physical assets like railway lines and stations, telecom system, power transmission lines, oil and gas pipelines, roads, bridges, ports etc.,  to private entities. These so-called ‘leases’ will run for up to 40 years! In effect, this is outright sale disguised as a lease. The Modi government is also directly subsiding corporates through various schemes, including the Productivity Linked Incentives (PLI) scheme.

In addition to these direct financial gifts and incentives, the Modi government has made several regulatory and even legislative changes to assist the corporate sections in amassing more profits by squeezing workers, farmers and employees. About 29 existing labour laws were scrapped and ‘merged’ into four Labour Codes which destroy whatever meagre protection offered by earlier labour laws against exploitation, low wages, dismissal from service, healthy working conditions etc. The new Codes enshrine a hire and fire right for employers, provide for fixed term employment, change the way minimum wages are fixed, allow increased working hours, make it difficult to organise and almost finish off the labour law implementation machinery. Most BJP state governments have gone ahead and implemented the Codes in letter and spirit through their own ordinances or laws leading to huge insecurity of jobs, stagnant wages, deteriorating work conditions, and increased workloads on workers. In 2020, in the midst of the deadly pandemic, the Modi government brought in three new laws related to agriculture, and an amendment to the Electricity Act. These were meant to dismantle the government procurement system, do away with the Minimum Support Price (MSP) mechanism, allow contract farming, allow traders and wholesalers to stock and determine prices of food grains and other essential items, besides denying subsidised power for farmers. It was a naked attempt to deliver the country’s agricultural production and trade system into the greedy jaws of corporate sector. In this case however, the farmers unitedly fought back and after a year long struggle, the government was forced to repeal the laws.

By imposing the Goods and Services Tax (GST) in 2017, the central government has taken within its jurisdiction virtually all taxation powers that earlier resided with states. Also, the onerous slab system has destroyed small and medium enterprises, while benefitting the big corporate houses.

The Oxfam report argues that GST disproportionately taxes the poorest people and exacerbates gender inequality. Approximately 64 per cent of the total Rs 14.83 lakh crore in Goods and Services Tax (GST), came from bottom 50 per cent of the population in 2021-22. As per estimates, 33 per cent of GST comes from the middle 40 per cent and only 3 per cent from the top 10 per cent.  The bottom 50 per cent of the population pays six times more on indirect taxes as a percentage of income compared to the top 10 per cent. This indicative calculation has been done by extrapolating from itemised consumption expenditure figures from the NSO’s 2011-12 Consumption Expenditure Survey and ascribing GST at prevalent rates to each.

The Modi government has also brought in changes to foreign direct investment regulations. Various sectors—from coal mining to space exploration, from defence production to steel—have been opened up for direct foreign investment. This will lead to takeover of these sectors by deep-pocketed multinational companies who will siphon away profits from the country.

These are a few important examples of the way Modi sarkar has worked tirelessly to favour the super-rich corporate class in India. It is because of this effort that many international agencies and corporates are so full of praise for PM Modi.

As a result of these nakedly pro-rich policies, the large mass of Indian working people has suffered immensely, with the marginalised sections like dalits, adivasis, minorities and women suffering the most. People have been ground down by inflation on the one hand and stagnant low wages on the other, with an ever-growing section of working age population suffering from either under-employment or outright unemployment. The pandemic years and the concomitant slow down in the economy has devastated people, with an estimated 84 per cent households reporting loss of income during these years, according to one survey. Unemployment has simmered at a shocking 7-8 per cent for over three years now, with urban employment often in double digits. So much so that the work participation rate itself has remained below the pre-pandemic levels for most of the period, which points to a very grim employment scenario.

All this has pushed millions of Indians into more deprivation and poverty. The number of hungry Indians increased to 350 million in 2022 from 190 million in 2018, the Oxfam report says. The widespread hunger is resulting in 65 per cent of the deaths among children under the age of five in 2022, according to the union government’s submission to the supreme court

The Oxfam report has urged the government of India to tax the rich in order to bridge the inequality gap and give a helping hand to the poor in the country. According to the report, a one-off 20 per cent tax on just one billionaire’s unrealised gains from 2017—2021 could potentially raise Rs 1.8 lakh crores, which is enough to employ more than five million primary school teachers in the country for a year. The report has also called for more budgetary allocation for health and education, while raising the minimum wage too.

However, as briefly highlighted above, inequality is not merely a result of lack of progressive taxation or deficient allocation of resources. These are important factors undoubtedly, but they are in themselves not going to do away with the reasons why this inequality is being engendered. To address the roots of the problem, wholesale overhaul of the extant economic policies is needed. This would include higher government spending, end of privatisation drive, limits to foreign capital entry including its prohibition in strategic sectors, increase in wages for workers in all sectors, including farm labour, social security provisions for all workers, strict monitoring and implementation of these regulations with exemplary punishment for violation, end to contractualisation and hire and fire policies, scrapping of Labour Codes and restoring and strengthening labour protection and welfare laws, universalisation of PDS and expansion of basket of items, protection of Indian MSME sector from ruinous imports, guaranteed support prices for all farm produce, etc.

These policies are the opposite of what the current Modi government has been implementing and obviously, will continue to impose on the people. So, any change can only come by defeat of the present government and its replacement not by some more humane version of the same but a dispensation with radically different economic and social policies.