Democracy Now! co-host and longtime columnist for the New York Daily News. He is the 2015 Andrés Bello chair in Latin American cultures and civilizations at New York University. He was just inducted into New York’s Journalism Hall of Fame. He is the author of several books, including Harvest of Empire: A History of Latinos in America. 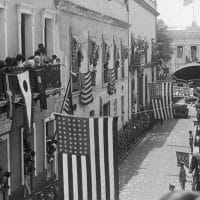 Last week Puerto Rico officially became the largest bankruptcy case in the history of the American public bond market. On May 3, a fiscal control board imposed on the island’s government by Washington less than year ago suddenly announced that the Puerto Rico’s economic crisis “has reached a breaking point.” The board asked for the immediate […]