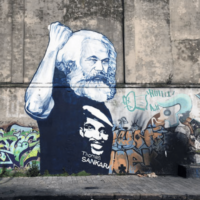 The catastrophe of the Great War, along with the Russian Revolution of 1917, led to a “second foundation” of Marxism. This was both political, with the birth of the Third International, and theoretical: as Lenin notably said reading Hegel’s Science of Logic in the summer 1914, since no Marxist had seriously engaged with the Logic […]