“The cavalry is coming!” announced a reporter on the Fox News Channel when National Guardsmen finally trooped into downtown New Orleans on the fourth day of apocalypse. I said to myself, “There they go again, racist Fox News.” I switched channels and found reporters and government officials repeating the same phrase: “The cavalry has arrived.” I should not have been surprised; during the preceding two days, they had been referring to the scene of brown waterlogged New Orleans not as genocide as I saw it but as “the Wild West.”

Racism on top of racism, revealing the scaffolding of United States history, its intact structure bared, all the glitter and trappings washed away.

New Orleans became “Indian Country,” the military term for enemy territory. “This place is going to look like Little Somalia,” Brigadier General Gary Jones, commander of the Louisiana National Guard’s Joint Task Force told Army Times (“Troops Begin Combat Operations in New Orleans,” 2 September 2005).  “We’re going to go out and take this city back.  This will be a combat operation to get this city under control.” The Army Times report could have been about Baghdad: “While some fight the insurgency in the city, others carry on with rescue and evacuation operations.”

For days I have been thinking of Sitting Bull’s observation that the United States knows how to make everything, but doesn’t know how to distribute it.  He was being generous in attributing the lack of equitable distribution of goods to benign ignorance rather than to malign design.  But he knew better.  Once in Chicago while performing with Buffalo Bill Cody’s Wild West, Sitting Bull spoke through his translator to the huge crowd of ragged white men, women, and barefoot children: “I know why your government hates me.  I am their enemy.  But why do they hate you?” The Seventh Cavalry, Custer’s old regiment, massacred Sitting Bull’s unarmed, starving people in December 1890 at Wounded Knee, a few days after Sitting Bull himself had been shot and killed by the federal Indian police. 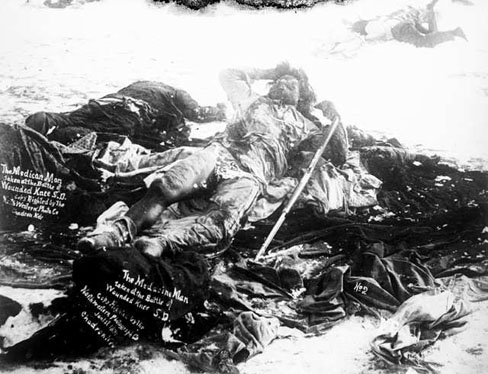 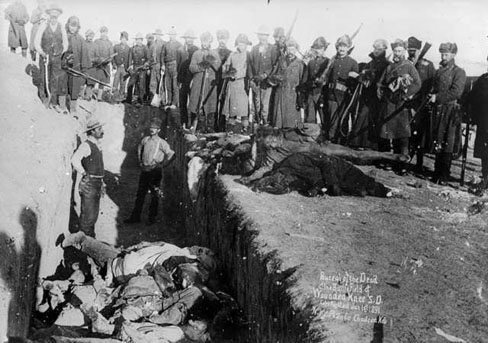 The “cavalry” sent into the “Wild West” of New Orleans had orders to pen in the starving black population that had been abandoned in order to protect property. It is not a sad or shameful day for the United States; it is a typical day in the United States for the poor, magnified.

How ironic that the Superdome became a house of horrors for the dispossessed for five grueling days.  Most of the African Americans who were herded into the Superdome came from the infamous New Orleans projects and are descendents of those evicted from their neat little homes in the working-class district that was seized and bulldozed to build — with public funds — the Superdome.  Their cemetery was also destroyed.  Its construction began in August 1971 and was completed four years later.

I moved to New Orleans in December 1969 and lived there for more than two years, leaving unwillingly after being arrested and escorted to Texas, told never to return.  I was then, as now, a social justice activist.  (This story is told in my Outlaw Woman: Memoir of the War Years, 1960-1975.) In New Orleans and the surrounding area, the group I was a part of did unionizing, women’s liberation and antiwar organizing, and community work.  The big local issue at the time was opposition to the proposed Superdome and to the “urban renewal” that would make it possible, removing tens of thousands of working-class residents and transforming them into welfare recipients, a process taking place during the 1960s in nearly every city in the United States, as well as in copycat apartheid South Africa, where Cape Town’s mixed working-class District 6 was similarly destroyed. Working with the community against the Superdome in organizing demonstrations, petitions, and boycotts, I learned about past hurricanes and floods that were caused when gates were opened to flood the poor (black) neighborhoods in order to spare the wealthy and white uptown. I learned to hate the fun-seeking tourists in the French Quarter who never bothered to notice the sixty percent of the poor of the city. And, once it was built, I harbored an abiding hatred for the Superdome.

I returned to New Orleans in the spring of 1979 to give a paper at the annual meeting of the Organization of American Historians, which was held at the Hyatt Hotel that is attached to the Superdome, the first time I had seen it. I reluctantly stayed in the hotel and never went outside while there, because I was well aware the surrounding area was a no-man’s land where police did not dare to go, a low-level insurgency operating from the day the doors had opened four years earlier.  I kept warning others that they should not go out, even in taxis, because they would be in danger when they returned.  I tried to explain why, to no avail.  Sure enough, a young historian from Maine was shot and killed by a sniper in front of the Hyatt on the way back from fun in the French Quarter.  After that, the historians stayed inside until ready to go to the airport in buses.

Now, New Orleans will be rebuilt as one big “urban renewal” project, destroying the remaining working-class homes and apartments, a sort of Disneyland for tourists and the wealthy. It’s been going in that direction for forty years, as have other cities like Manhattan and San Francisco.  But it may not be that easy with that insurgency which, hopefully, will not capitulate.