The Western version of “peace” is overrated. The West would have us believe that Israel made the ultimate sacrifice by “disengaging” from the Gaza Strip, putting “the ball in the Palestinian court.” But let’s look at the facts. Yes, Israel removed 8,500 settlers and is dismantling their military posts in Gaza. Israel, however, still controls Gaza’s ports, airspace, and borders. Egypt may patrol the Philadelphi Corridor in the future, but Israel will retain supreme authority. Israel preserved “jurisdiction” over any person or product that comes in or out of Gaza, including medical supplies and other humanitarian goods. The electricity and water will also be turned on or off at the behest of Israel. And don’t go running to the border waving for help, or you may be gunned down by the Israeli forces.

What does the Western “peace” entail for the Palestinian people? Ariel Sharon reiterated that he will reinvade Gaza whenever he deems it “necessary” and made known his plans for the West Bank and East Jerusalem. Sharon stated, “Each (Israeli) government since 1967 — right, left and national unity — has seen strategic importance in specific areas [beyond the Green Line]. I will build” (qtd. in Herb Keinon, “PM: West Bank Settlements to Expand,” Jerusalem Post, 22 August 2005). This blatant annexation clearly flouts U.N. Security Council Resolution 242 (22 November 1967) which calls on Israel to “withdraw from territories occupied in the recent conflict.”

In March, Israel finalized plans to expand the Maale Adumim settlement (the largest Jewish settlement in the West Bank) by 3,500 housing units. Sharon reaffirmed on August 21: “Ma’ale Adumim will continue to grow and be connected to Jerusalem” (qtd. in Herb Keinon, “PM: West Bank Settlements to Expand,” Jerusalem Post, 22 August 2005). That is against international law, violates Palestinians’ rights as indigenous people of the land, and flies in the face of any attempt at just peace. This has been a main grievance of Palestinians since the beginning of settlement building. Although the U.N. created Israel, Sharon shamelessly tramples on every U.N. resolution condemning excessive use of force and land grabs in the Occupied Territories and maintains a belligerent occupation.

Israel’s expanding Annexation Wall weaves in and out of the East Jerusalem to make it more “Jewish.” Take the confiscation of land from villagers of Eizarya, to expand Maale Adumim, for example: “In Eizarya 477 dunums have been confiscated for the 6 km footprint of the Wall. Lying behind the Wall are 4000 dunums of the village’s lands that will be used to expand the settlements of Ma’aleh Adumim. The main water well which used to provide for the village is located there, stolen during the 1980s to serve the colonists in Ma’ale Adumim settlement” (The Grassroots Palestinian Anti-Apartheid Wall Campaign, “The Flames of Popular Resistance in Eizarya against the Apartheid Wall,” 1 September 2005).

Moreover, in an attempt to connect Maale Adumim and East Jerusalem (the “E-1 plan”), Sharon is moving the Judea and Samaria police headquarters to an area between them. Some Israeli citizens, however, plan to take it a step further. The Bucharin Jewish community owns the property of the old police headquarters. A group of right-wing businessmen are looking to buy out the old property and turn it into housing units: “‘We are doing everything we can to bring Jewish life back to all over east Jerusalem,’ said Daniel Luria, an Ateret Cohanim spokesman” (Etgar Lefkovits, “Jewish Group Seeks to Build in E. J’lem,” Jerusalem Post, 25 August 2005). The Ma’aleh Hazeitim complex located across from the police station will grow to at least 119 housing units, and a dozen other settlements in or around Arab neighbors are also constructing more units. Yet, the “wonders of disengagement” overshadows — in the Western eye — these intricate maneuvers to conquer the eastern half of the Holy City.

If the ball is in the Palestinian court, as the West avows, it seems it will be there for a while. “It is absolutely clear that, in the next three to four months, it is difficult to expect any dramatic developments in the peace process,” proclaimed Acting Finance Minister Ehud Olmert in a meeting with US secretary of State Condoleezza Rice (Chris McGreal, “After Gaza, Sharon’s Next Aim Is . . . Do Nothing,” The Guardian, 26 August 26 2005). Olmert averted further talks of the U.S.-backed “roadmap to peace,” preferring to discuss a 2.1-billion-dollar aid package for Israel (ANSAMed, “Israel: Olmert and Rice Meeting on USA Financing,” 25 August 2005) — a tidy sum that nearly equals the gross domestic product of the Occupied Territories in 2004.

Israel made it evident that reinvigorating the peace process is out of the question. Adding fuel to the fire, Sharon’s administration continues to blatantly disregard the 7-month-old Sharm Al-Sheik cease-fire that it agreed to. On August 24, Israeli forces shot and killed five Palestinians — three of whom were teenagers — in an extrajudicial killing in the West Bank. (Ah yes, Israeli “democracy” at its finest.) Israel claims they were “connected” to the Tel Aviv bombing that killed four Israeli women, but eyewitnesses contend that the militants were unarmed and could have been arrested, no matter what the claimed connection. After the shooting, Mahmood Abbas stated, “At a time when the Palestinian Authority is trying to maintain calm, this murder intentionally aims at renewing the vicious cycle of violence” (“Abbas: Israel Wrecking Peace Process,” Aljazeera, 25 August 2005). The Palestinian population, including militants, stayed calm during the disengagement of Gaza, in accordance to the Sharm Al-Sheik cease-fire, as they said they would. Israel has taken the first provocative step in reengaging in the cycle of violence after the “disengagement.”

One fact ultimately remains: Ariel Sharon does not want peace. It’s not in his strategic interests. The longer the cycle of violence continues, the more time Sharon has to approve new housing units, expand the Annexation Wall to take over Palestinian lands well beyond the 1949 armistice lines, and create Jewish majorities from the sea to the river. The Western version of “peace” is simple: let Israel continue its warmongering, as well as its appropriation and occupation of Palestinian land, while the Palestinians sit idly by with a ball in their court and no one to play with. 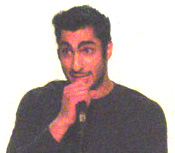