Unless political elites change strategy and tactics in 2006, North-South relations will continue to degenerate.  By the end of last year, opportunities ranging from rock concerts to summits and trade negotiations were lost.

South Africa’s role in this failure of global nerve was substantial.  Three leading politicians of South Africa — Thabo Mbeki, Alec Erwin, and Trevor Manuel — were once hailed as central actors in the great globalization drama; suddenly in 2005, they seemed defeated, heading off stage with heads bowed.

Mbeki was surprisingly sober in the wake of the Gleneagles summit of the Group of 8 industrial powers last July; three years earlier in Kananaskis, Canada, he pronounced that the G8 meeting with African leaders “signifies the end of the epoch of colonialism and neo-colonialism.”

Then, when addressing fellow heads of state at the United Nations last September 15, he let loose his frustration.  He complained of “the poisonous mixture that has given us the outcome that will issue from this Millennium Review Summit to the peoples of the world.  We should not be  surprised when these billions do not acclaim us as heroes and heroines.”

By the time the Hong Kong summit of the World Trade Organization (WTO) began last month, Mbeki had clearly lost heart.  “We cannot expect an outcome that actually serves the interests of the African poor and the poor of the world,” he wrote in his ANC Today weekly column.

Erwin was usually found at final WTO plenary sessions, claiming progress no matter how badly the delegates served the interests of the African poor.  He was even touted by The Economist as a likely WTO director general in 2004.

Mandisi Mpahlwa. his replacement as Pretoria’s trade minister, does not enjoy the insider access Erwin had  as an official “Friend of the Chair” at Doha in 2001, credited for bullying weaker African ministers into line.

The trade deal done in Hong Kong offers tiny concessions from the European Union on explicit export subsidies (amounting to less than $4 billion and then only in 2013), but implicit EU export subsidies worth more than $60 billion will continue.  EU trade commissioner Peter Mandelson  unveiled his agenda: “We need to chip away at the tariff walls that still surround many individual developing countries in Africa.”

What implications for Africa in 2006?  We can expect more rapid deindustrialization as trade protection is withdrawn, and more lucrative privatization contracts, such as those that have failed consumers in South Africa’s telecommunications, transport and water sectors.

At prior WTO summits in Seattle (1999) and Cancun (2003), African trade ministers were able to halt new trade rounds by blocking consensus, in spite of Erwin’s arm-twisting.  However, in Hong Kong, pressure was extremely fierce because yet another collapse would have confirmed the institution’s irrelevance.

The capitulation was largely the fault of Indian and Brazilian politicians, according to geopolitical analyst Walden Bello of the Bangkok NGO Focus on the Global South.  “In the end,” says Bello, “the developing  country governments caved in, many of them motivated solely by the fear of  getting saddled with the blame for the collapse of the organization.”  Bello  says Pretoria’s delegation was a problem this time only insofar as Mpahlwa  feebly agreed to services privatization at the last moment.

In between the UN and WTO meetings came the embarrassing admission in Washington by Manuel that democratization of the World Bank and  International Monetary Fund (IMF) was now off the agenda.  Manuel had served  the two as chair of the joint Development Committee from 2001 until the annual meetings last September, having also chaired their board of governors  during the protest-filled year of 2000.

The institutions’ democracy deficit is severe: nearly fifty Sub-Saharan African countries are represented by just two directors, while  eight rich countries enjoy a director each and the US maintains veto power by holding just over 15% of the votes.  The situation actually worsened on  Manuel’s watch: in 2004 and 2005 the EU and US rammed through the controversial appointments of neoconservatives Rodrigo Rato as IMF managing director and Paul Wolfowitz as Bank president.

Manuel did little to resist, with his committee offering only “narrow technocratic changes,” according to the Financial Times, such as adding one additional representative from the Third World to the 24-member board.  As he glibly explained at a press conference during the September 2003 IMF/Bank annual meetings in Dubai, when asked about backsliding on governance reform, “I don’t think you can ripen this tomato by squeezing it.”

Last April, there was an outcry against the appointment of the Iraq War architect as Bank president.  Manuel replied at a Washington press conference, “Both Rodrigo here and Paul Wolfowitz are wonderful individuals, perfectly capable.  But unfortunately, the process hasn’t helped.  It’s not  their fault.  It is a governance issue.”

As he relinquished his chair at a civil society “town hall” meeting in September, Manuel admitted that democratization was dead: “Part of the difficulty in the present milieu is that it is more comfortable for too many countries to live with what we have, because there’s a comfort zone around this.”  Who was to blame?  “We who are elected into office in the respective 184 member states have passed the buck.” 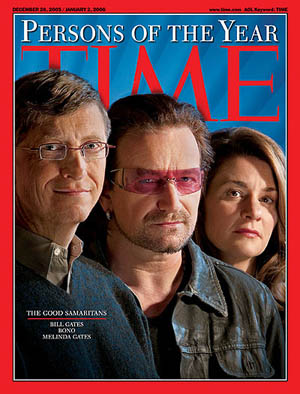 The failed global governance agenda contrasts with the hype over Africa’s plight during 2005.  Rock stars, for example, dreamt they were making a political difference.  “On aid, 10 out of 10.  On debt, eight out of 10,” proclaimed Live8 concert organizer Bob Geldof.  Time magazine gave Bono “man of the year” status.

The reality is different.  The respected Harare-based NGO African Forum and Network on Debt and Development concluded of the Gleneagles G8 that it was “Nothing short of the continuation of the chains of slavery and bondage for the citizens in those countries. . . . The agreement does not address the real global power imbalances but rather reinforces global apartheid.”

That phrase was also used repeatedly by Mbeki himself since July 2000, when the Germans narrowly won hosting rights for the 2006 Soccer World Cup because of a Fifa vote marred by racism.  To be sure, the 2010 tournament will partially make up for that incident.

Yet economically, most South Africans are poorer than a decade ago thanks largely to trade and financial liberalization (a process due to worsen in 2006 given both WTO requirements and intense Chinese competition).   Does this place them in global apartheid’s new Bantustans, under political elites in Pretoria who serve Washington and London as compliant homeland chiefs?

There is perhaps no case as tragic as the government’s persistent support for companies that made apartheid profits.  Mbeki first foiled the slavery/colonialism/apartheid reparations movement in September 2001 at the World Conference Against Racism.

Jubilee debt-cancellation activists and Khulumani apartheid victims were hence forced to the courts, where they sued 23 corporations and banks under the US Alien Tort Claims Act.  After Colin Powell requested Pretoria to intervene, justice minister Penuell Maduna defended business, arguing in a nine-page brief in July 2003 that the judge must not discourage “much-needed  foreign investment and delay the achievement of the government’s goals.”

Jubilee next tackled Barclays Bank in a citizens’ campaign during the London financier’s takeover of Absa. Maduna’s replacement, justice minister Bridgette Mabandla, responded with another friends of the court brief last October, on behalf of Barclays.

In sum, those who put faith in politicians to right the world’s wrongs and make African poverty history are in for more disappointments in 2006.  Who, then, is fighting back?

With the South African police recording 16 citizens’ protests each day on average (13% of which are deemed “illegal”), we can assume that local civil society is in good rude health.  But what about up-continent?

Answers will emerge at the African Social Forum in Bamako, Mali later this month.  There, and at the World Social Forum in Nairobi a year from now, critics of global apartheid must develop a strategy not reliant on goodwill from rock stars, politicians and bankers.

Patrick Bond directs the University of KwaZulu-Natal Centre for Civil Society — http://www.ukzn.ac.za/ccs — and is the author of a forthcoming Zed Books title, Looting Africa.  He coauthored (with Richard Saunders) a December 2005 Monthly Review article on the struggle for democracy and justice in Zimbabwe: “Labor, the State, and the Struggle for a Democratic Zimbabwe.”

Patrick Bond (pbond [at] mail.ngo.za) is professor of political economy at the University of the Western Cape School of Government in Cape Town. He is co-editor (with Ana Garcia) of BRICS: An Anti-Capitalist Critique, published by Pluto (London), Haymarket (Chicago), Jacana (Joburg) and Aakar (Delhi).