Thousands of Jewish and Palestinian citizens of Israel, peace organizations, and political parties took to the streets of Tel Aviv on 5 August to protest against Israel’s invasion of Lebanon.  The demonstration was organized by a coalition of peace organizations, including Gush Shalom, Yesh Gvul, Coalition of Women for Peace, Ta’ayush, ICAHD, AIC, Hadash, Balad, Maki, and Banki. 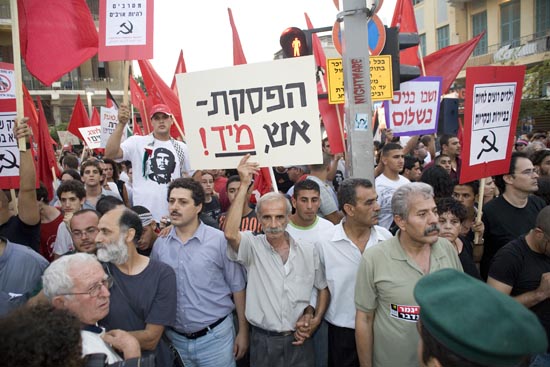 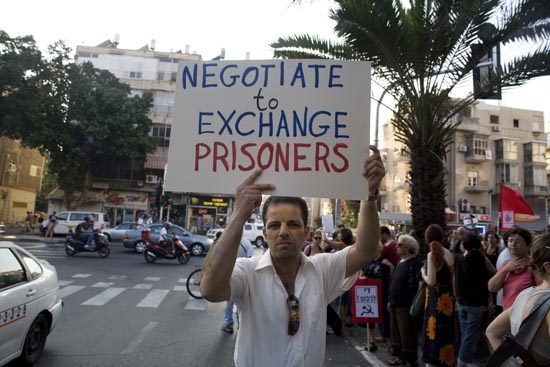 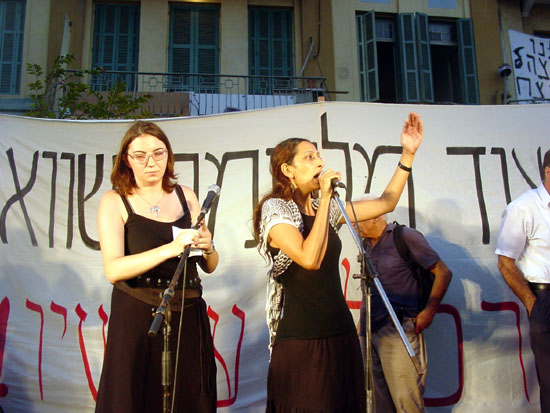 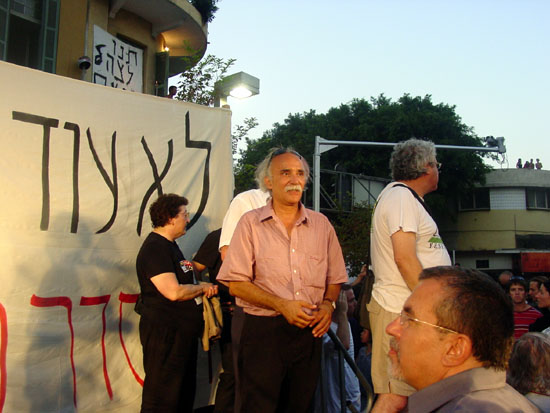 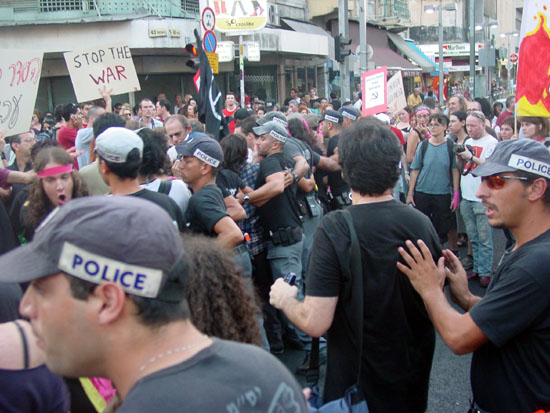 Police Attempt to Push All the Demonstrators into a Small Enclosed Area.  Photo: Bryan Atinsky, 2006 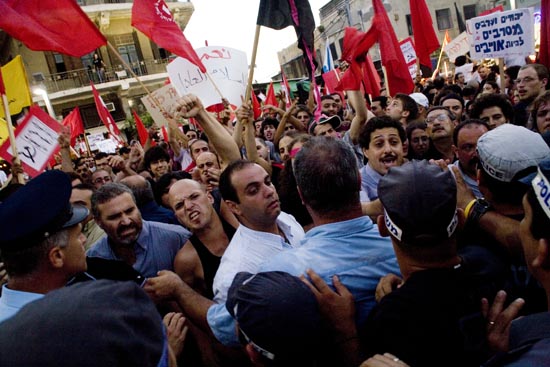 The photographs were first published by the Alternative Information Center on 6 August 2006.