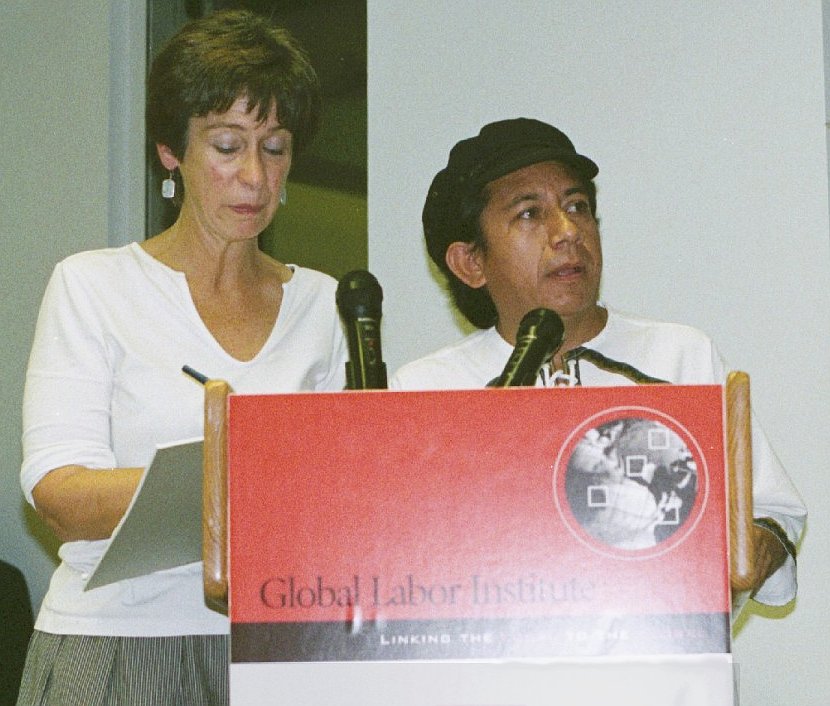 On October 5, 2006, the Cornell Global Labor Institute held a reception to celebrate its second anniversary.  The guest of honor was Oscar Olivera, the Executive Secretary of the Federation of Factory Workers from Cochabamba , Bolivia.  The Federation was key in the formation of the Coordinator for the Defense of Water and Life, a coalition of workers, peasants, environmentalists, neighborhood organizations, and other social sectors that successfully challenged the privatization of the water supply in Cochabamba, returning it to community control.  Oscar’s remarks were preceded by those of Bruce Raynor, the General President of Unite Here! — Nancy Wallace

Good evening, brothers and sisters.  I want to thank Cornell University for their interest in studying the world of work, and the trade unionist brothers and sisters who made it possible for me to be here today.  I think that your prolonged applause is not for me as a person but for the people who have struggled so long and so hard for their rights.  I am just the humble spokesperson for those people who fought against the suffering created by the struggle for water, but I am also carrying their dreams of a better world.

I never went to college, but I understand and see the importance of Cornell and other universities around the world.  The victory in Cochabamba in the year 2000 was won thanks to the creation of a common space for intellectuals and academics with a commitment to the people, workers, peasants, and the common hard-working people of our country.

I think that life itself is the best university.  I think that, by studying the daily lives of common people, the university becomes involved in their lives, an important part of their struggle.  Not only should the university open its doors to everyday people, but academics and professors should open their eyes, their ears, and their hearts to what is happening in the world.

I have been a mechanic in a shoe factory for more that 30 years.  I went to work in the factory when I was very young, and I am still young.  It never occurred to me that I would become involved in a struggle to keep water as a collective good.  I learned that in Bolivia and in other parts of the world that trade unionism and the union leader had to take on a new role.

Bruce said that neoliberalism has hit the labor movement very hard, there is a de-unionizing process going on in all parts of the world.  It’s not that there are fewer workers, there are many more workers.  Men and women, children and young people.  What’s happening is that transnational capital is using the labor force in a new way, because capital knows that the only force that can oppose its criminal advance is the force of working men and women.  That’s why they are destroying unions.  They made us believe that the main contradiction is not between labor and capital, they tell us that the contradiction is between the old and the young, between those who are union members and those who are not, those who have social security, healthcare, and those who do not, between men who are higher paid and women who are lower paid.  They would like us to be competitors, not brothers and sisters.  But that’s not how it is.

Transnational capital has also appropriated our public goods.  We don’t say that these are our natural resources, we say that these are our common property: our water, natural gas, and oil.  They have taken over our public ventures, a legacy that was created by our parents and grandparents.  The labor movement must understand that there is a new reality in the world.  We need to get out of our chairs and come down off the 15th floor to the ground level and open our ears and our eyes to see what’s happening in the new world of work.  Multinational capital has created a new world of work.  Women in clandestine sweatshops, the maquilas. casual workers who know nothing of rights. . . .

The only way that yesterday’s trade unionism can survive is to incorporate the new world of work into the old one.  Old-fashioned unionism needs to join the new struggles that people have.  What was I doing as a mechanic in a shoe factory fighting along side with peasants, small merchants, for water?  I learned from them that workers’ rights, people’s rights, are not defended only within the four walls of a factory or a hospital or a school.

Transnational capital had taken away our most basic right, our right to water.  Water belongs to everyone, and water belongs to nobody.  It doesn’t only belong to human beings, it belongs to animals and plants.  Nobody can own water.  We are all the beneficiaries of water.  So, rights go beyond factories and schools.  They affect the everyday life common people.

North and south, the enemies are all the same.  Transnationals in the business of water, of oil and electricity, transnationals of the biggest banks in the world are enemies, such as the World Bank which promotes privatization, the IMF, the WTO, and the governments of the powerful countries in the world.

And as Bruce was saying, we are therefore obliged, having enemies in common, very powerful enemies, to create a force, from the bottom up, that is common.  The only way to make our dreams a reality is to consider ourselves as equals, with the same difficulties, the same suffering, the same worries.  We are also equal because we have the same dreams.  The people’s victory in Cochabamba six years ago is among a trend of victories, in Bolivia, Venezuela, Brazil, Uruguay, Ecuador, Mexico . . . these are their victories, but they are also yours, because when you mobilize here for workers’ rights, against the war, and we mobilize against multinational companies to regain our lands, the people from the south and the people from the north mobilize together to achieve real democracy.

Democracy means who decides.  Do a few business people and government officials decide, or do the people decide?  That is why we all are mobilizing as one.

Nancy Wallace is an alternate steward in Local 97 of the IBEW-AFL-CIO.  Transcription by Nancy Wallace. 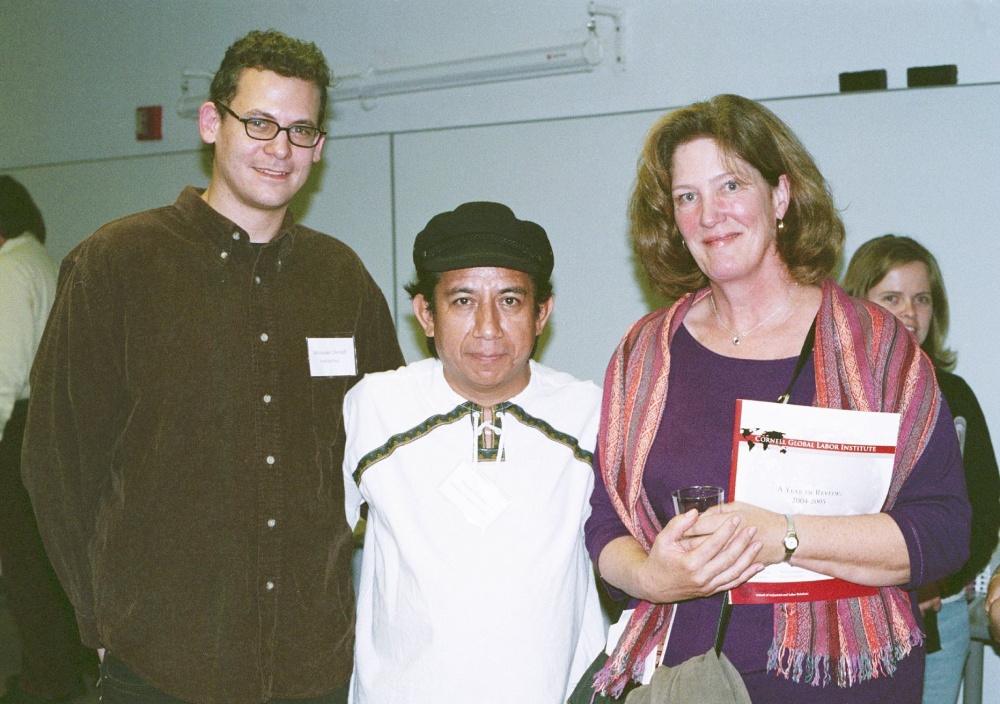