The man in the cardboard box wakes up
in America on the morning after the election
after a night of clattering
in the fuzz of high frequency bands
the static on the screen attracts
the dust of Emperors and Czars and postmen.

He tastes the residue on his tongue
babies cry, the smoke of the used-up
rises to vanish beyond towers —
not a night of steel
not a morning of fires
no breaking of glass
hardly a take-over, barely a take-out.

Someone else runs out of words
turns a trumpet over looking for notes
paint has dried hard on her blue jeans
there is nothing but the odor
of never-to-be generations in her clothes.

I shut off the alarm
open the blinds
outside, trash-cans lie on their sides
the sky is grey until Spring
the only point of light is encrusted
in clouds, unable to pierce the future.

I was told there would be something special
under the bed, or on the breakfast table,
on the stoop,
at the job
something spectacular, something new.

I find a dawn as tired as dusk
the abject ordinariness of toast
the smear of passions wasted
amid the ink-stains of newspaper
stories gone fuzzy and blurred
and yesterday’s clothes waiting for soap. 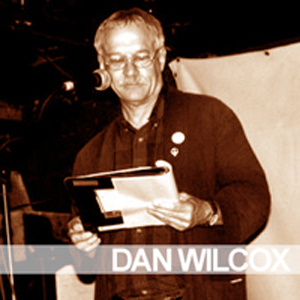