The Jammu Kashmir Liberation Front called a bandh, i.e., a general strike.  The strike began today, 6 February 2007.  The JKLF chairman Mohammed Yasin Malik said at a press conference in Srinagar: “Peace process and killing of innocent Kashmiris cannot go together, and the recent discoveries about the killings of innocent Kashmiris by Indian forces, calling them foreign militants, is not acceptable.”  The JKLF declared a unilateral ceasefire in 1994, which has remained in effect.

Yasin, along with hundreds of others, will also observe a three-day hunger strike.  The Prime Minister of India had announced zero tolerance of human rights violations, “but the ground situation in Jammu Kashmir tells the opposite story,” said Yasin.  According to Reuters, “More than 40,000 people have been killed in a revolt against Indian rule in the Himalayan region since 1989, officials say.  Human rights groups put the toll at about 60,000 dead or missing.”1  The New York Times reports that “one local human rights group estimates that 10,000 people have disappeared since the anti-Indian insurgency began here in 1989.”2

The CPI(M) condemns “fake encounters,” i.e., the police and army killing civilians and passing them off as terrorists.  “The people of Kashmir Valley have every reason to feel outraged. . .  Every single officer and personnel of the police and the Army responsible for these atrocities must be arrested and tried for murder and abetment of murder,” said the CPI(M).3  Human Rights Watch, in a report that it published last September,4 says that various Indian laws “foster impunity” and “facilitate the excessive use of force.”   Gautam Navlakha asks in a commentary in the Economic and Political Weekly: “. . . [I]f the government is convinced that people in J and K are with them and that the separatists form a ‘minuscule group’, why do they need extraordinary control over people?  Again, if the Indian government is serious about ‘autonomy’ why does it not first divest itself of those powers which remote control the lives of people in J and K from New Delhi?”5

Not only the Indian security forces but also the militants backed by Islamabad, who have also attacked the JKLF, are implicated in human rights violations, as documented by the Human Rights Watch report.

Yasin maintains: “India and Pakistan while thinking of their own interests should also take into consideration the Interests of Kashmiris.” 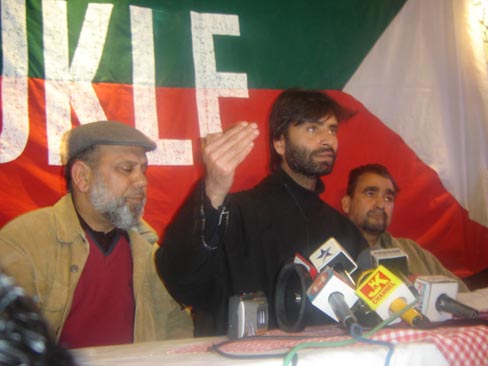 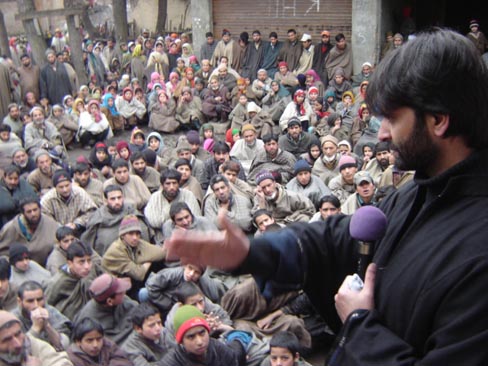 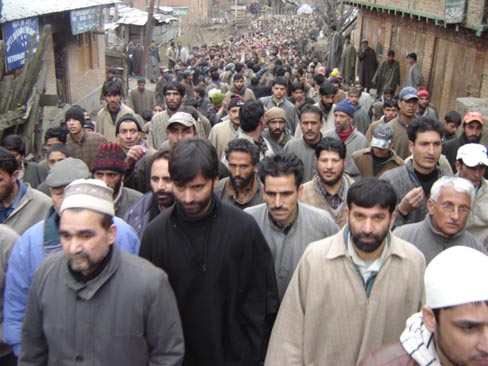 4  “‘Everyone Lives in Fear’: Patterns of Impunity in Jammu and Kashmir,” September 2006.  See, especially, Chapter 3 titled “Legal Causes of Abuses and Impunity.”