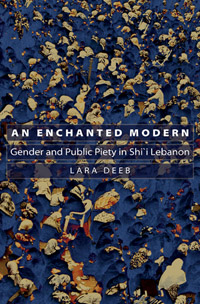 An Enchanted Modern by Lara Deeb is an important book that illustrates and explores the lives of real, modern, Muslim women.  Published in 2006 just before Israel’s devastating assault on Shi’i neighborhoods and villages in an effort to cripple the Lebanese party Hizbullah, her book offers a much-needed compassionate portrayal of the perspectives of Shi’i women and the various aspects of modern piety they espouse in the Dahiya neighborhood of Beirut.  Deeb’s work generously fills out a picture of social services run by Islamist individuals and organizations, including those affiliated with Hizbullah, the largest and most influential Shi’i political party in the country, which have rarely been documented in such detail.

An assistant professor of women’s studies at the University of California, Irvine, Deeb intervenes squarely in the perennial debate about women and Islam.  She adds to the increasingly voluminous literature in anthropology, history, and women’s studies that has demonstrated the absurdity and conceit of Western notions of the subordinated Arab and/or Muslim woman as the passive victim in need of liberation by Western feminism.  Indeed, her depiction humanizes a part of the world, and a group of people in that world, often defined in the bleakest and crudest of terms in the United States.  Deeb’s book should appeal to many scholars, including those who do not work on the Middle East, for it effectively dispels the stereotypes about a fanatical, anti-modern Islam.  For this achievement alone Deeb is to be commended, especially in the United States where Hizbullah is caricatured as a “terrorist” organization founded and controlled by Iran.

Deeb’s basic thesis is alluded to in her title: that, contrary to Weber (or at any rate an encapsulation of a Weberian notion of disenchantment as a result of modernization), religion and modernity are not only compatible but are, in fact, inseparable: “the pious modern” is the term that Deeb uses, primarily, to underscore her point that women whom she observed and with whom she interacted during her field work in the southern suburbs of Beirut intertwined spiritual and material progress.  For Deeb, rational modernity does not have to lead to secularism, but can and does lead to an emboldened and more self-conscious way of being Muslim.  The word Deeb uses for this form of Islam is “authenticated.”  She convincingly demonstrates this in her third, fourth (by far the strongest), and fifth chapters, where she explores the nuances of religion in daily life, the shifting meanings and forms of the commemoration of Ashura from what she calls the “soteriological” to the “revolutionary” understandings (p. 153), including the activist reinterpretation of the figure of Zaynab, sister of Husayn, the Prophet Muhammad’s grandson who was slain at Karbala in 680 A.D.  Deeb also investigates how public piety is shaped by the community service and volunteerism of the women she follows.

However, once we get beyond the point that Islam and modernity are not necessarily contradictory, Deeb’s chosen title “An Enchanted Modern” seems to go directly against her own compelling argument: if indeed the Muslim women she is following are articulate, modern, rational, and thoughtful, then there is very little that is magical about them or their Islam.  Therein lies a problem.  Deeb, who is herself of Lebanese Christian background, firmly establishes herself as part of a new wave of scholars who want to argue for religion and piety on their own terms and contexts, rather than on Eurocentric, secular, and liberal terms.  Nevertheless, the kind of religion she portrays — based essentially around volunteerism and professions of modesty and public piety such as veiling, as well as a self-conscious defensiveness toward, and rejection of, both Western and especially other Lebanese portrayals of Shi’i “backwardness” — is in essence so positive and so easy to identify with, that it loses all its harshness, its rough edges, and its contradictions.  Indeed, the same can be said of the author’s overall deeply sympathetic treatment of Lebanon’s Shi’is and of that country’s most important Shi’i spiritual authority, Sayyid Muhammad Husayn Fadlallah (who is not directly connected to Hizbullah).  It is not until the very end of the book that the reader is treated to hints of dissonance, coercion, and deception that are also surely part of this modern piety that has allegedly revolutionized the Shi’is of Lebanon.  This is perhaps inevitable in a book written so clearly as a corrective to outrageous and dehumanizing stereotypes asserting the supposed incompatibility of modernity with Islam in general, and Shi’i Islam in particular, that are so prevalent in both Lebanon and the West.

The terms “pious Shi’is” (p. 178) and “the pious” (p. 179) that Deeb uses, especially in chapter 5, suggest a single form of “authenticated” piety among the Shi’a.  Although Deeb does, in fact, ask her informants why they associate certain forms of public behavior or dress with piety, and thus acknowledges that there is a diversity in belief that cannot be encompassed within the term “the pious,” one inevitably wonders about those not included in the very tightly-bound scope of this ethnography: about other Shi’i women who do not engage in the visible forms of piety such as veiling but consider themselves just as pious, or those who do not volunteer to help their community.  Moreover, the very empathy and detail with which Deeb draws out the portraits of her ethnographic subjects paints other figures in the book in decidedly less nuanced terms, such as the presumably secular and elitist “woman” at the American University of Beirut who recoils from images of the festival of Ashura (p.136).  In chapter 2 Deeb sketches a history of Lebanon’s official neglect of and discrimination against its Shi’i community, and traces the evolution and events that led to the mobilization of Shi’i movements such as Hizbullah and “authenticated” Muslim subjects: from the rise and disappearance of Musa al-Sadr who began the mass communal (as opposed to secular) organization of the Shi’a, to repeated Israeli invasions of Lebanon, to the Iranian Revolution, and the Lebanese Civil War.  Yet the book’s constant juxtaposition, indeed opposition, of “authenticated” Islam to what Deeb and the women she follows refer to as “traditional” practices conveys, perhaps unintentionally, an ahistorical and essentialist image of the “traditional” past.  The reader can easily come away with the impression that several centuries of this “traditional” period — one featuring numerous Shi’i dynasties and intermittent Shi’i domination of much of today’s Maronite heartland — were all pretty much the same.  This is, to be fair, partly a question of discipline — Deeb is not a historian and she herself acknowledges that this “authentication” itself has a “processual nature” rather than being something orthodox, fixed and objective (p.21) — but more attention to the manner in which the distinction between how her own subjects imagine what was “before” (p. 148) and her own critical and historically informed observations would have been welcome.  As it stands, Deeb appears to come perilously close to replicating the binary conceit of the secular modern versus the religious traditional she is criticizing: except rather than have avowedly secular modern subjects, hers are Muslim modern subjects.

Overall, An Enchanted Modern is well written, but two styles struggle with each other throughout.  On the one hand, the middle chapters of the book reveal an excellent writer, one whose vignettes, observations, evocative details, clear field notes, and keen analysis are evident.  On the other hand, the opaque jargon of anthropology, which is especially prevalent in the introduction (with its title of the “Pious and/as/is Modern”), and what appears to be a hastily written conclusion and coda, needlessly obscures, for this reviewer at least, the writer’s own voice and originality.  Deeb’s work is, however, well worth the read.  It dispenses with many stereotypes about Islam and gets down to the more difficult and more honest work of genuine exploration and ethnography. 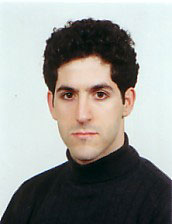 Ussama Makdisi is an Associate Professor of History and the first holder of the Arab-American Educational Foundation Chair of Arab Studies at Rice University.  He is the author of The Culture of Sectarianism: Community, History, and Violence in Nineteenth-Century Ottoman Lebanon (University of California Press, 2000).  He is also the author of “Anti-Americanism in the Arab World: An Interpretation of Brief History” which appeared in the Journal of American History and “Ottoman Orientalism” and “Reclaiming the Land of the Bible: Missionaries, Secularism, and Evangelical Modernity” both of which appeared in the American Historical Review.  This review first appeared in H-Levant, H-Net Reviews, October 2007, at <h-net.org/reviews/showrev.cgi?path=321851202489626>.