The Barcelona-born writer recalls his intense relationship with one of his “greatest literary idols.” 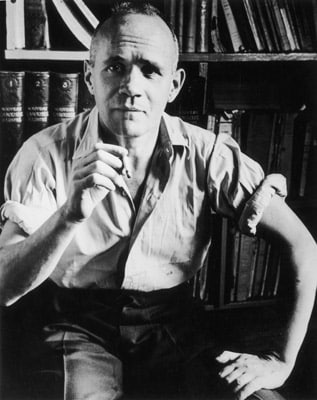 Juan Goytisolo has just published Genet en el Raval (Genet in El Raval, Barcelona: Galaxia Gutenberg/Círculo de lectores, 2009), a chronicle of a literary as well as emotional friendship.  The Barcelona-born writer met the poet Jean Genet (1910-1986), one of his greatest literary idols, in October 1955, thanks to Monique Lange, “because Lange invited both of us to dinner at her apartment on Rue Poissonnière.  I had admired him very much ever since I read his first novels. . . Then I saw quite a lot of him, very often, and when I moved to France, we became close friends.”

A: Genet himself explained it better than anyone in the pages of The Thief’s Journal, in those gripping pages about his life in the underworld of Barcelona.  It occurred to me to look for the places he once frequented, the alleys and streets he used to haunt, begging or prostituting himself, after he fled from prison and discovered a fascinating world, of which little to nothing remains today.  The truth is that knowing Genet was an adventure from which no one could emerge unscathed.

Q: What surprises about Genet and about yourself may the reader expect?

A: Well, the protagonist is Genet, to whom all four parts of the book are dedicated: in the first part I tell the story of the poet’s adolescence and youth, when he escaped from a reformatory and lived a year in Spain, including Barcelona, begging and stealing; in the second part I visit his territory since I met him in person, perhaps so I may show that his literary expression, like that of Céline or Beckett, is more beautiful and audacious than what we used to cultivate in Spain back then; in the third part I tackle the theme of political ambiguity and radical poetics in relation to the Palestinian question; and in the fourth part I discuss his death and burial in the old cemetery in Larache, Morocco.

Q: What do the hitherto unpublished letters, which are included in this book, add to its meaning?

A: The letters are the truest portrait of our friendship, though some of them have gotten lost and others have reappeared in a quite surprising way.

Q: How would you describe the moral territory of Genet?

A: More than moral, his was an anti-moral territory, of extreme rigor, nothing conventional, a better defense than anything else in times of great adversity.