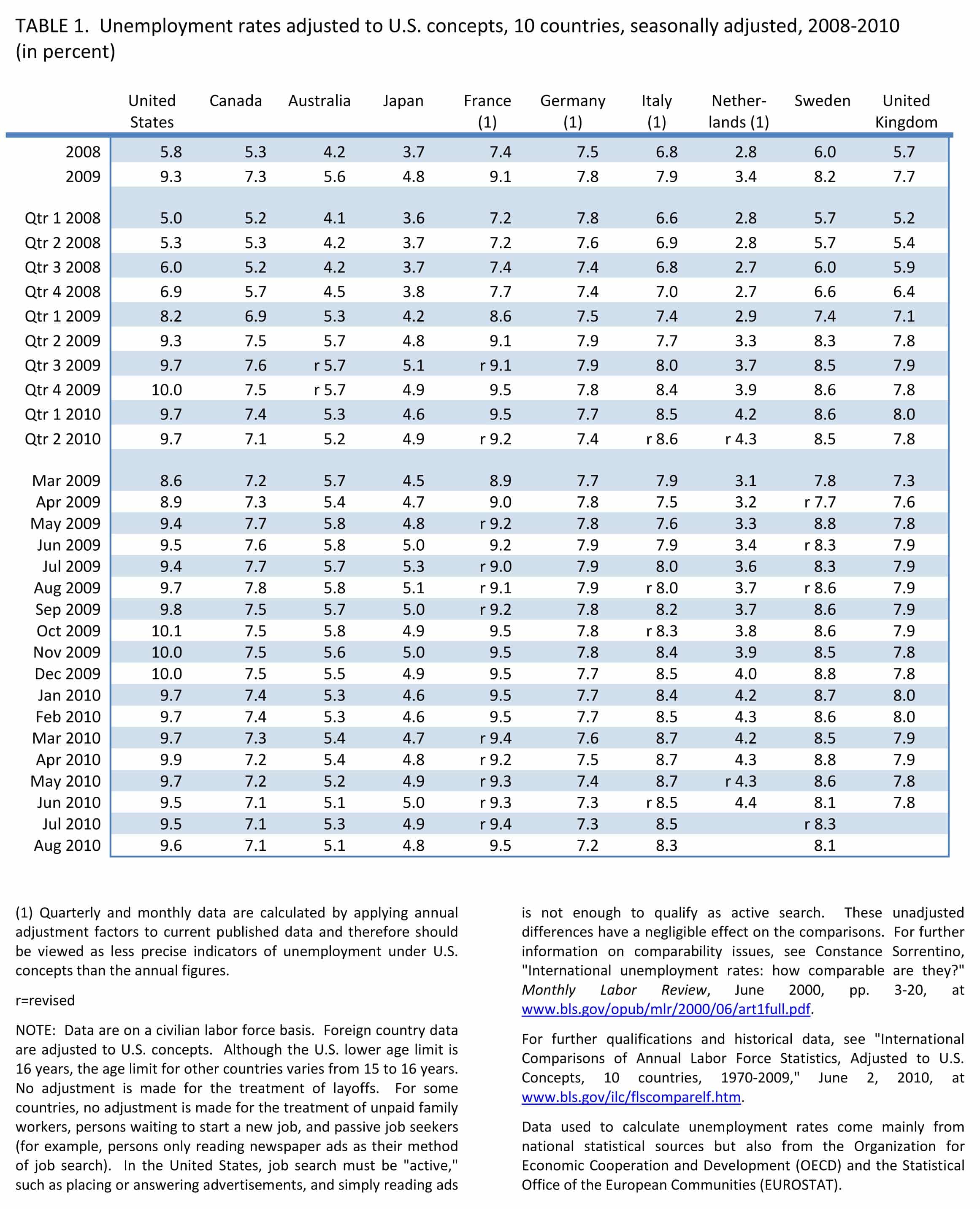 Yet French workers by the millions are in the streets marching against anti-worker “austerity policies,” demanding that government not cut its payroll or the services it provides the public.  In contrast, US workers offer no equivalent resistance as US states and towns cut payrolls and public services and as President Obama’s special commission gets ready to reduce social security benefits to the American people.  Consider that in September 2010, according to the BLS, while the total US private sector added 64,000 jobs, state and local governments fired 77,000 people.  This was done in a time of national economic crisis and record-high US unemployment rates.  Nonetheless, worker mobilizations against austerity in the US have been, in comparison to the French, scattered and sporadic.

What differentiates French labor activism from US labor passivism are decades in which US labor unions and the US left declined in size, militancy, and social influence far further and faster than their French counterparts.  In France the electorate and mass public opinion are now swinging left against the austerity policies of the Sarkozy government in solidarity with the leadership shown by labor and the left.  French public opinion polls show that two-thirds of French public opinion either supports or is sympathetic with the repeated huge labor strikes and demonstrations against austerity.  Such poll results in favor of these massive actions are not only extraordinarily high but also have been stable for months at that height.  In contrast, within the different US conjuncture, the Democrats fear a major electoral loss in November 2010, to an extremely conservative, pro-austerity Republican party.

One key lesson of this crisis’s different evolution in the US and France is this: the basic economic welfare of the working majority inside a modern industrial capitalism depends on maintaining a strong, militant trade union movement and a strong anti-capitalist movement and tradition.  In France, labor and the left always included socially significant groups and movements, theoretical and practical, who were critical of capitalism and committed to basic social change beyond capitalism.  That organized radicalism kept alive the notion of a real alternative to the present system.  It also sustained many complex connections among militants.  Those connections are now being effectively mobilized to forge an historic resistance inside capitalism to its costly crises and the ruling class’s response to them.  Moreover, because of its anti-capitalist components, that resistance may mature into a social movement for basic social change.