This week Israel’s security forces practiced the putting down of mass demonstrations and protests among Israel’s Arab citizens and their imprisonment in a large detention camp to be established at Golani Junction in Galilee.  The exercise was based on a scenario of the riots being provoked by implementation of Avigdor Lieberman’s plan for “an exchange of populations”, i.e. massively depriving Arabs of their Israeli citizenship.  A week ago Lieberman voiced this heinous idea on the podium of the UN General Assembly and Prime Minister Netanyahu murmured some weak reservations.  Now it turns out that the security forces are already preparing to implement it in practice, under the responsibility of none other than Labor Party leader Ehud Barak — the Minister of Defence.

It goes without saying that in a country having any pretence to be a democracy it would be unacceptable and unthinkable for the security forces to practice waging war against the country’s own citizens. Together with the racist “Loyalty Oath Bill” which gained the support of the government, and with the demonstrative resumption of settlement construction in the Occupied Territories, it increasingly seems that Lieberman is the true Prime Minister, and that the government follows on his path, leading the State of Israel in big and rapid strides into the abyss. 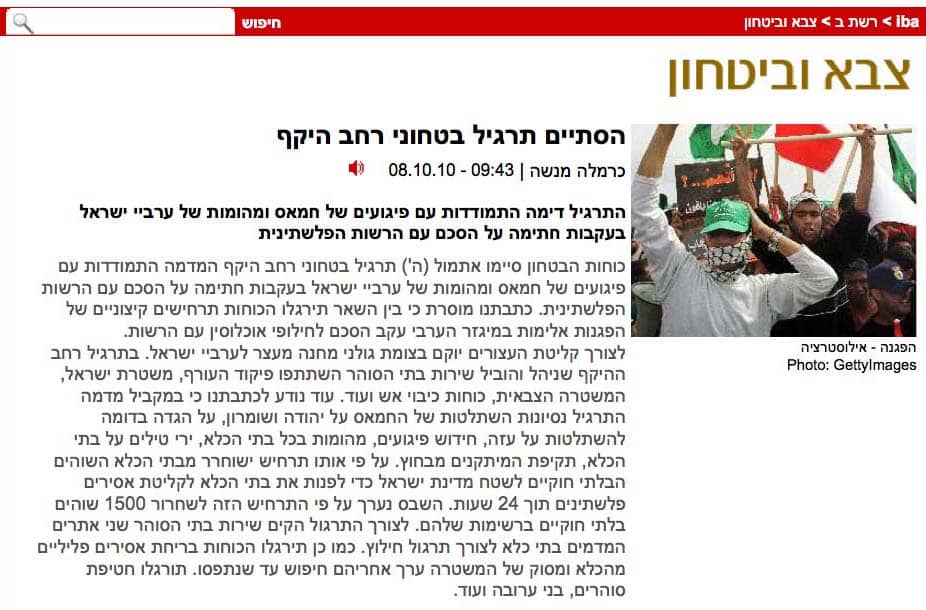 This press release was issued by Gush Shalom on 9 October 2010.